How to Handle "Bad News" and Keep the Conversation Alive

One of the golden rules of sales, in any industry, is to avoid giving bad news. In real estate, “bad news” often means something has come between the buyer and their property of interest, whether it’s been taken off the market, accepted an offer, or doesn’t quite fit the buyer’s criteria. The goal is not to avoid bad news completely, but to frame it in a way that answers the question of “What now?”

Here are some Business Advisor-approved tips for handling bad news while keeping the conversation alive, without being deceiving or withholding important information.

Beware of bad news on the first call

The most crucial time to avoid giving bad news is during the first call. You don’t want to start things off on a negative note, or lead the buyer to believe their search is already over. It can jeopardize your relationship with them before it’s even begun.

Give yourself the chance to make a connection with the buyer before they decide to keep looking elsewhere.
–Kara McMahon, StreetEasy Business Advisor

“It’s an immediate conversation killer,” says Kara McMahon, StreetEasy Business Advisor. Instead, “save that news for the second conversation, when you’re calling back to confirm the appointment. Give yourself the chance to make a connection with the buyer before they decide to keep looking elsewhere.”

Another topic to avoid is that you’re not the listing agent. There’s no need to bring this up if the buyer hasn’t asked, and you don’t want to give them the idea that they should be speaking to the listing agent.

Disclosing your role during the first call is still important, but you can do so without revealing you’re not the listing agent. For example, “StreetEasy connected us because I’m an Expert buyer’s agent in this [building/neighborhood], and I’ve helped several clients here in the past.”

If the buyer does ask if you’re the listing agent, refer to our scripts for responding to this objection.

Discussing finances during the first call isn’t necessarily a no-no, but you’ll want to avoid asking direct questions about pre-approval. If the buyer isn’t pre-approved, it can make them feel like they’ve already hit a dead end. In fact, less than 10% of buyers on average are pre-approved when they submit a lead.

It’s all in the approach. Instead of “Have you been pre-approved?” – an intimidating yes/no question – ask more open-ended questions, like “Have you thought about financing?”

See our scripts for talking about finances for more guidance on tackling this topic.

Let’s say the listing your prospect inquired about is no longer available, or it doesn’t satisfy their criteria (for instance, the building doesn’t allow pets). Rather than confirming or denying the bad news, turn it into a reason to follow up with the prospect.

In the example of the property of interest no longer being available, say something like “This property may have an accepted offer, but let me check with the listing agent just to be sure.”

“Now you’ve earned the right to call them back once you confirm the listing status,” Kara adds.

Instead of delivering potential bad news and leaving it at that, keep the conversation going by steering it toward the prospect’s wants and needs in a home.

Continuing with the previous example, after saying you’ll check with the listing agent, get the client talking again about their motivations. Ask questions like “What prompted you to reach out about this property? How long have you been looking?” If you already have a good sense of what the buyer is looking for, tell them you’ve found some similar listings you think they’ll love, and you’re excited to send them over.

Again, always be answering the question: “What happens now?” 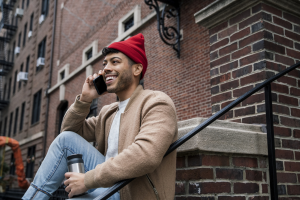 How StreetEasy's Expert Match Works: Answers to Your Questions 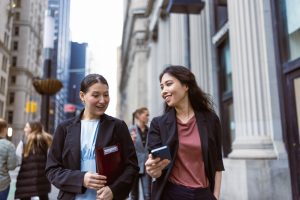 Learn how to best work on a StreetEasy Experts team. 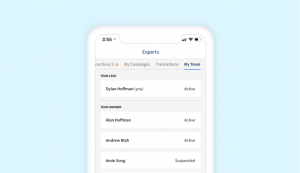 Get all the tools you need for Expert success through these free downloadable resources for you and your clients.

Ready-made dialogues to follow during phone calls, texts, voicemails or emails with clients.