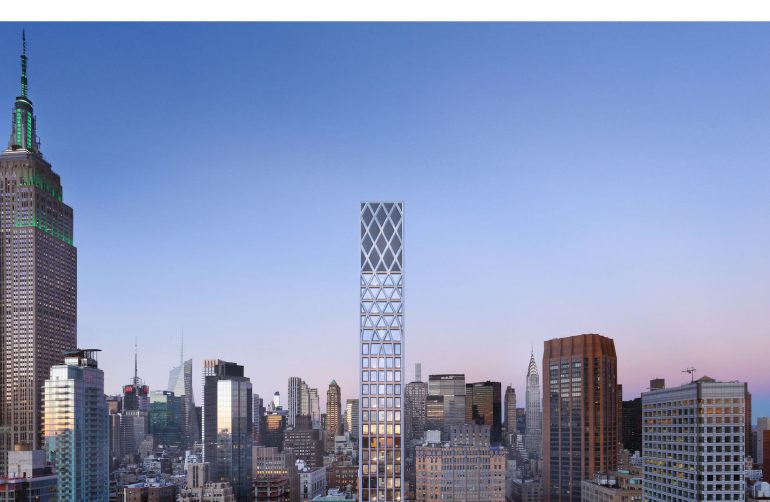 New renderings of 30 East 31st Street, an Ekstein Development Group project between Madison and Park, show a svelte, 479-foot tower that will bring a bounty of boutique condos to Midtown South. The project should fit right in with the growing number of luxury developments in the area, which include the Karl Fischer-designed tower at 172 Madison and the Bryant at 16 West 40th Street.

Construction on 30 East 31st is well underway and is scheduled to be completed by August 2018. Although sales have not yet hit the market, interested buyers can expect 41 ultra-luxury condominiums, most of which will be full-floor units, including a two-story penthouse. The 92,000-square foot building will boast a full suite of luxury amenities as well as views of Madison Square Park and the Midtown skyline. 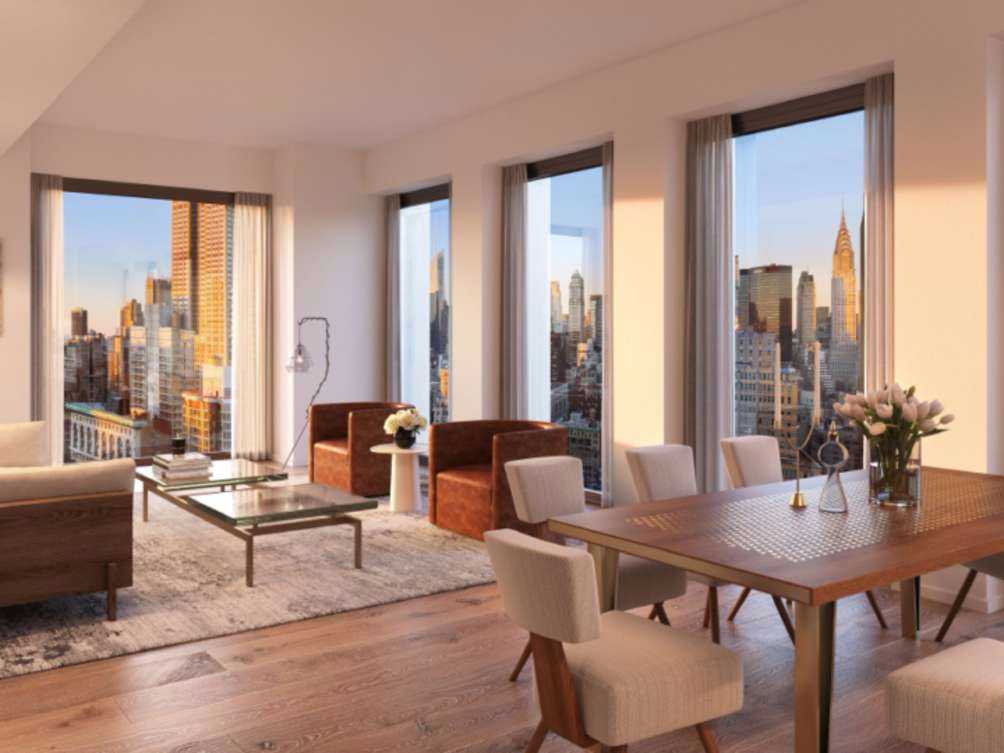 Originally a turn-of-the-century Baptist parish house, the property was bought by Certes Partners for $15.5 million in 2014. Later, the Ekstein Development Group and Pinnacle Real Estate partnered to develop a $90 million building with 38 units. Subsequently, the Ekstein Group upped the unit count to 41 apartments, and in doing so increased the building’s total sellout to $151 million, a dramatic 67 percent increase from initial projections.

As with most ultra-luxury items, units at 30 East 31st are anticipated to come with an ultra-high price tag. The average unit is projected to cost $3.6 million, and with an average of 1,714 square feet per unit, each square foot is going for over $2,000.

From Parish House to Luxury Condominium 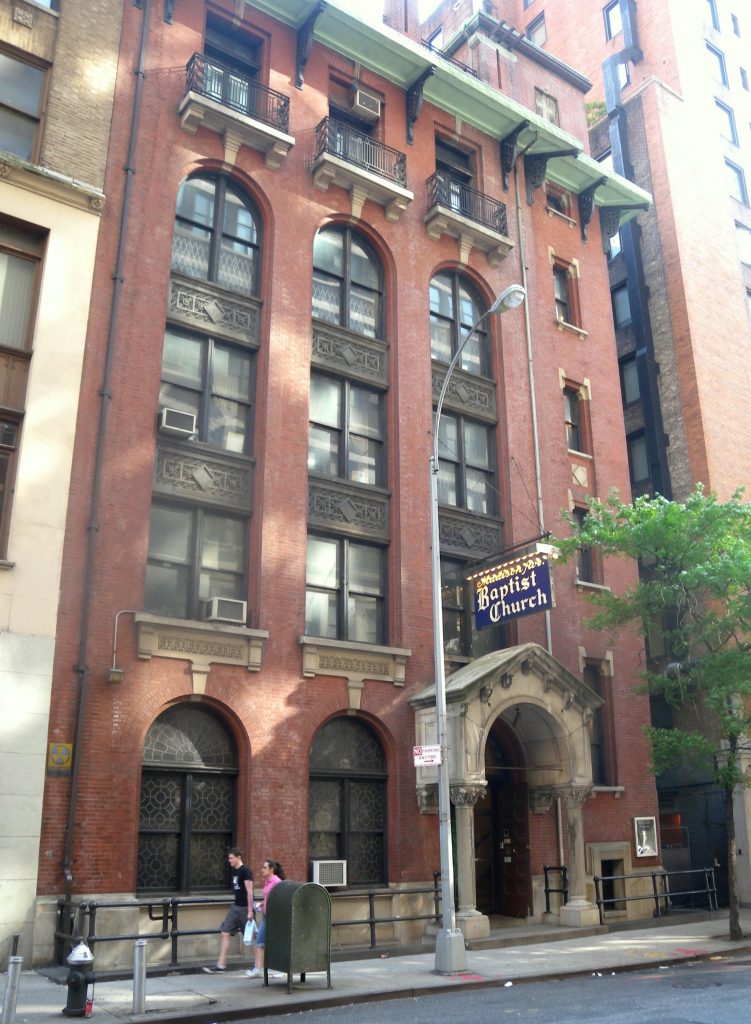 Numbers aside, 30 East 31st is unique in that it sits on the site of the former parish house of the Madison Avenue Baptist Church. Built in 1907, the parish house was described by Daytonian in Manhattan as an “Edwardian structure [with] a quaint asymmetrical five-story concoction of Romanesque Revival [and] a touch of Mediterranean.”

Suffice it to say, preservationists cringed at the loss of another historic building when the parish house was sold back in 2014. It came as no surprise that the site was razed and marked for residential redevelopment, in keeping with the typical trajectory of historic church properties in dense, desirable neighborhoods across the city. 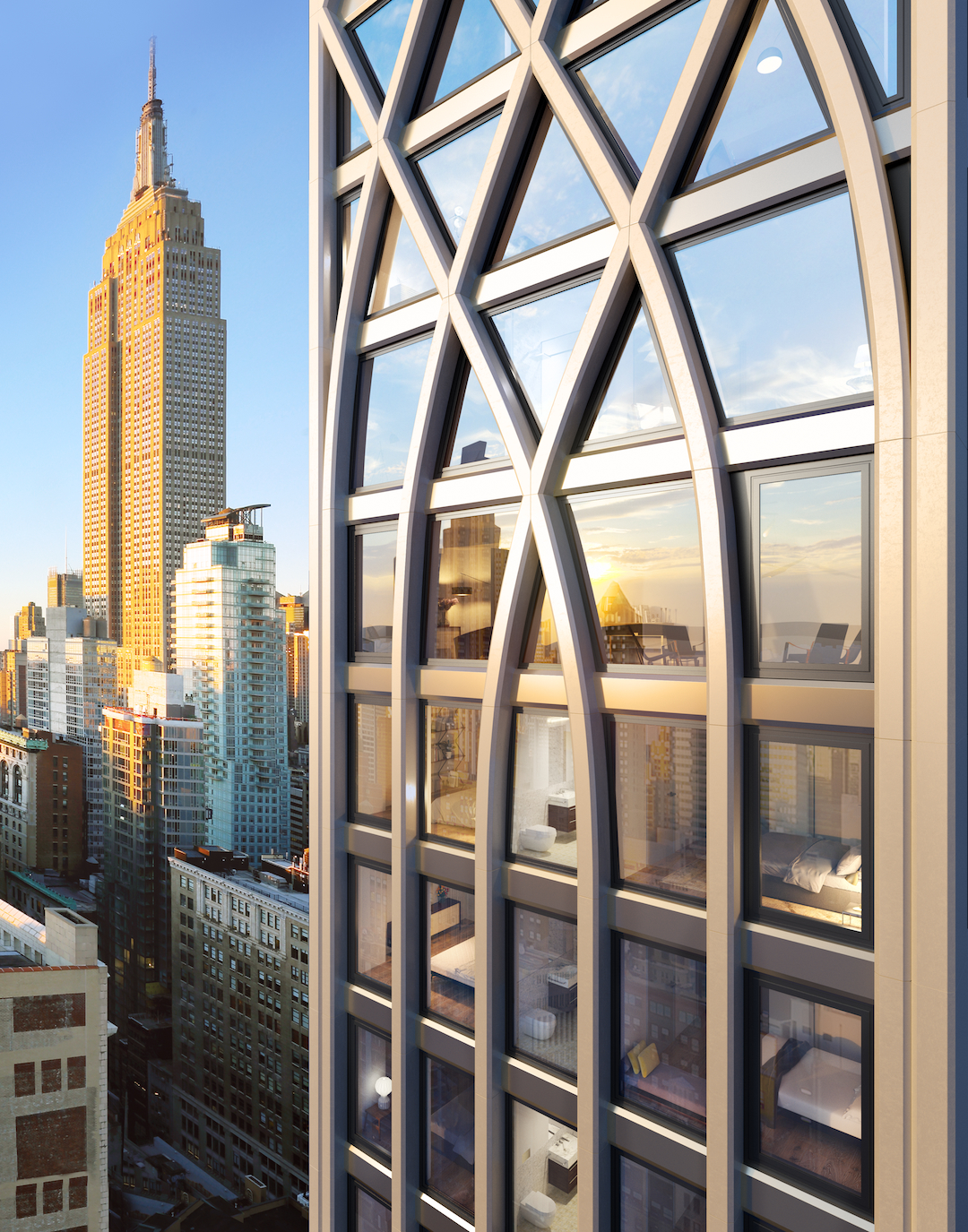 Though none of the parish house was salvaged or incorporated into the new development, not every echo of the site’s history has been lost. Architect Morris Adjmi’s design incorporates six columns that will ribbon toward the top of the structure to form a diagrid pattern resembling the barrel-vaulted ceilings of a cathedral. These ribbons should distinguish 30 East 31st from the glassy and sometimes-monolithic look of other new developments.