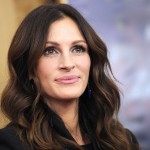 Turns out the word “pretty” doesn’t only apply to one of the most popular movies Julia Roberts ever made. The original “Pretty Woman” also has a pretty spectacular Greenwich Village penthouse that she is now ready to sell.

Roberts has listed her 3-bedroom, 3-bathroom penthouse co-op at 45 West 10th Street for sale. The list price for this prime downtown, 91-unit building is $4.5 million. A quick gander at the photos in the listing held by Alexa Lambert and Marc Achilles at Stribling show off the “beachy” cool decor that boasts a wood-burning fireplace and a terrace.

Roberts, who has been filming in the city for Jodie Foster’s “Money Monster” directorial effort, won’t be without a piece of NYC real estate. According to the New York Post, she has her long-held penthouse at 7 Gramercy Park West, which she bought in 1993 and currently has rented.

Roberts continues to keep her A-list credentials in high-polish form. She has a film due out this fall: “Secret in Their Eyes” also stars Nicole Kidman, Chiwetel Ejiofor and Dean Norris. Meanwhile, Roberts will work with Jennifer Aniston, Kate Hudson and Jason Sudeikis in a Garry Marshall film called “Mother’s Day” due out next May.