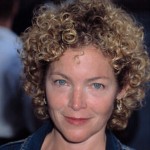 Since first listing her Upper West Side apartment at 50 Central Park West for $11.5 million back in the fall of 2015, Amy Irving has failed to score a buyer. The actress and ex-wife of director Steven Spielberg eventually tried lowering the price to $9.875 million, but again, no luck. Now the list price is $8.995.

Irving has since moved onto an apartment at 75 Central Park West, another UWS thoroughbred prewar where former NYC radio star Don Imus is trying to unload his penthouse. Renovations at her unit there sparked a fire that has since led to some insurance claims by other famous tenants, including Hank Azaria, who used to be married to actress Helen Hunt, according to 6sqft.

The Prasada is a pretty spectacular legend of NYC residential real estate. Originally designed to contain only three units per floor, there have been some units that were subdivided into smaller dwellings, but the building also contains some lavish, Old World stunners, like this 5,600-square foot penthouse that sold last year for $48 million. There are 40 units in the 1907 building.

Irving, who starred in “Yentl” and “Carrie” among many other film and stage credits, has a son with Spielberg, who she was married to from 1985 to ‘89 after a long romance, and a second son with Brazilian film director Bruno Barreto.

She is married to documentary film director Kenneth Bowser, Jr. and has owned this apartment since 2005, the year she and Barreto were divorced. Her co-op is currently the only unit available for sale in this coveted NYC building.