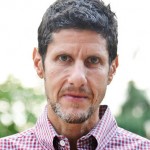 When it comes to the high-octane, genre-expanding group the Beastie Boys, there was always a thin line between authentic and ironic. But there’s nothing ironic about Mike D’s fabulous home in Brooklyn, the 3-story townhouse he apparently doesn’t want anymore.

The Beastie Boys are an integral and enduring part of the early rap scene that saw black artists from the Bronx (Sugar Hill Gang) and Queens (Run-D.M.C.) to inspire a trio of white kids from Manhattan. You can’t get to the story of Mike D of the Beastie Boys without understanding that this Jewish/white Manhattan-born and bred trio helped turn the rap game into a multi-borough slam dunk

You with us so far? Well, where do middle-age rap pioneers go to raise their kids these days? Exactly! Brooklyn. And that’s where Mike D of the Beastie Boys took his family in 2011, figuring that when you grow up in Manhattan, the wide-open spaces of Brooklyn townhouse living is familiar nirvana.

What are we driving at here? Four years after buying and awesomely renovating a solid property in Cobble Hill, Mike D and his family want straight outta Brooklyn! The Beastie Boy member has listed his home at 148 Baltic Avenue for $5.65 million.

Mike D — short for Diamond — and his wife, Tamra Davis, paid $3.1 million four years ago, which sets the couple up for a decent turnaround since we know they spent $500,000 in renovations for the 3,200-square-foot, 5-bedroom, 3.5-bathroom property. That was the budget Mike D and Davis set up for the project — an item discussed in The New York Times, which featured the property two years ago.

“Our goal was to limit our total reno-architecture budget to under $500,000 which we pretty much succeeded in. It meant that at times we’d splurge on one light fixture, but not another. And it helped because we ended up having to retain original detail, clean it up and leave it as is.”

According to the Corcoran Group agents Amy Katcher, Leslie Marshall and James Cornell, who hold the listing, the property dates to 1854 and while it is a single family, it’s zoned as a two-family.

With the house on the market, we’re not sure where Mike D and his clan are heading. The remaining bandmates are working hard to raise money to create an Adam Yauch Park in Brooklyn through the NYC Parks Department to honor the Beastie Boy founder who lost his battle to cancer a few years back.

But given the fact that Mike D had never lived outside of Manhattan prior to the Brooklyn tryout, it could be back across the bridge — unless “country living” in Cobble Hill has opened Mike D’s suburban horizons. Is Long Island or Westchester in this rap icon’s future? No way, right?