Price growth in New York City is slowing, but he city’s most popular neighborhoods remain prohibitively expensive and apartment hunters are increasingly expanding their search to boroughs beyond Manhattan. More so than ever, the Bronx is a borough that’s in the spotlight, as the Kingsbridge neighborhood topped our list of hottest neighborhoods for 2017.

With all the buzz surrounding the Bronx, we wondered: Are StreetEasy users as interested in the borough as we are in the data? To answer this question, we looked at one of StreetEasy’s unique site features – the custom boundary tool – to see where users are searching the most, beyond broader neighborhood searches.

What Are Custom Boundaries?

Within StreetEasy’s advanced search feature, users have the option to create custom boundaries. By manually setting boundary points on a map, any user can define an area of interest and create a tailored, custom search that combines certain sections of a neighborhood or group of neighborhoods. These boundaries can include just a few city blocks, or could even be created around an point of interest. For example, you can set your search to include the area around your neighborhood gym or subway stop. Since the feature was introduced, users have created over 300,000 custom boundaries to simplify their home search.

Custom Boundaries in the Bronx

First, we looked at the overall density of custom boundary searches in the Bronx, which includes almost 4,000 custom searches. The image below shows a distinct correlation between proximity to Manhattan and frequency of search: the majority of boundaries are created across neighborhoods with easy transit access and that are closer to Manhattan. 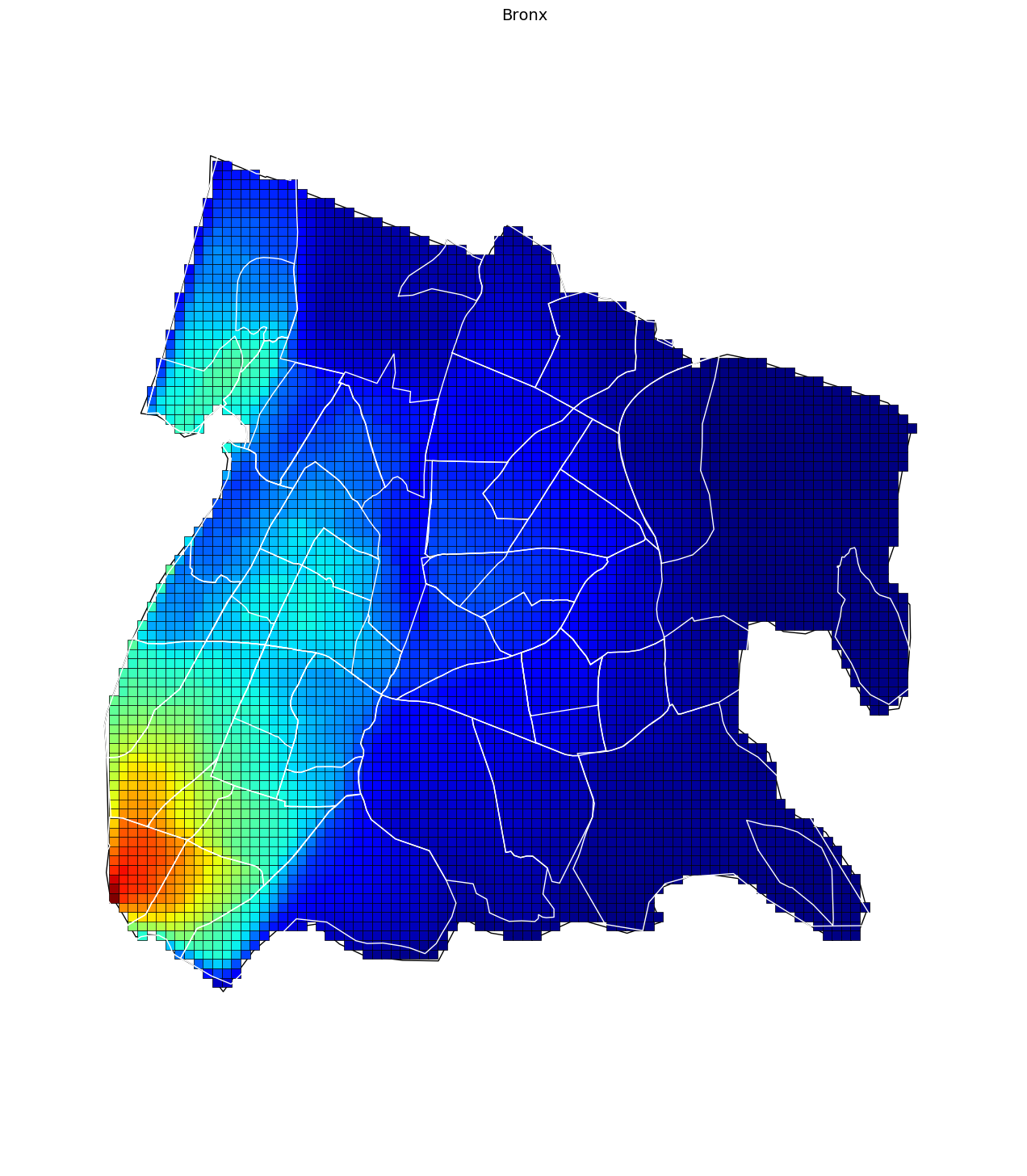 Mott Haven, a neighborhood that has received increasing attention from developers over the past few years, and the surrounding area get the most searches in the Bronx. Another notable cluster of searches includes and extends to the north in the neighborhoods of Spuyten Duyvil and the hottest neighborhood of 2017, Kingsbridge. A third area of interest covers the East Tremont and Belmont neighborhoods just south and west of the Bronx Zoo, the New York Botanical Garden, and Fordham University.

Growing Interest Among StreetEasy Users in the Bronx

Use of StreetEasy’s custom boundary tool in the Bronx has increased remarkably over the past year. As shown in the chart below, nearly half of all custom boundaries in the borough were created in 2016: 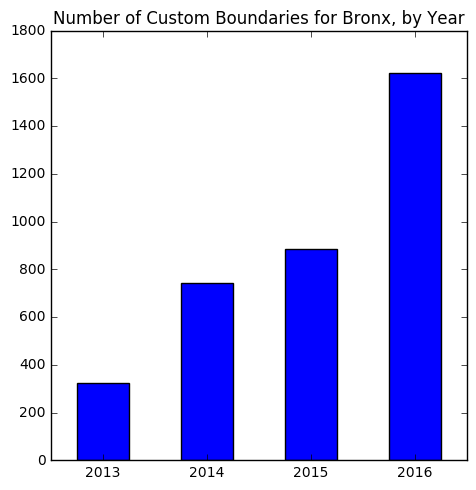 The heat maps below show how custom boundary searches in the Bronx have increased over time. Searches concentrated on a tiny area near the Harlem River in 2013, but expanded over time to include a large cluster centered in Mott Haven and spilling into the adjacent areas of Concourse and North New York. We also see a less dense but still well-defined area of growing interest spreading further north each year, which ultimately merged with East Tremont and Belmont in 2016. 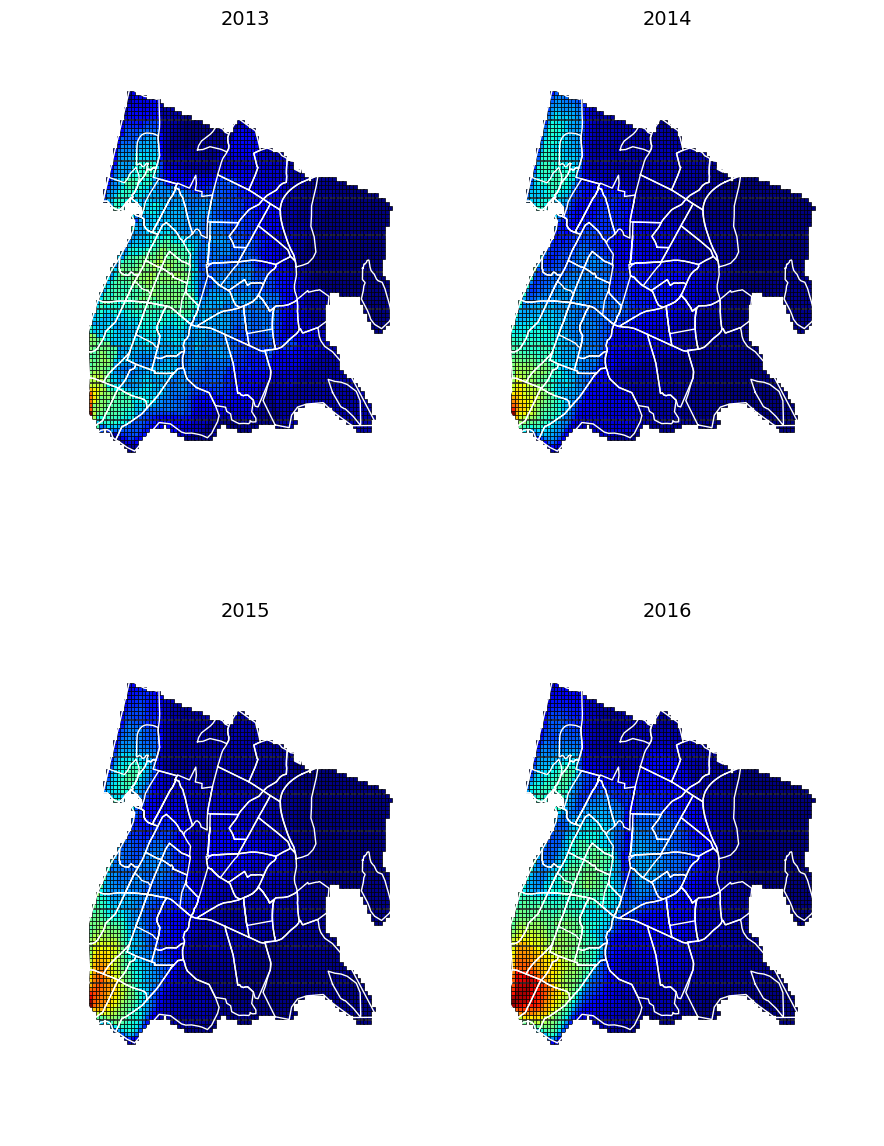 As New Yorkers increasingly look beyond Manhattan for affordability and developers continue to explore untapped opportunities in the Bronx, we expect the borough’s profile to rise higher in 2017. Custom boundaries are just one of the valuable tools that provide insight into what New Yorker’s prioritize when searching for a home and how they view their neighborhood. Is your home search leading you to the Bronx this year? Let us know in the comments!

How We Did It:

In order to measure the distribution of boundaries, we first created a point grid, and then counted the number of custom boundaries that cover each point within the grid. To focus on specific areas of interest rather than general areas of interest in the Bronx, we dropped those boundaries covering 30 percent or more of the total area of the borough. For chronological comparisons, we normalized the density in each year by the total number of points covered.