Cheat Sheet: The Highs and Lows of June

The StreetEasy Monthly Cheat Sheet is a recurring feature that looks at the New York City for-sale market over the last four weeks, highlighting a combination of market data, StreetEasy user behavior and topical trends. This is the report for June 2017. 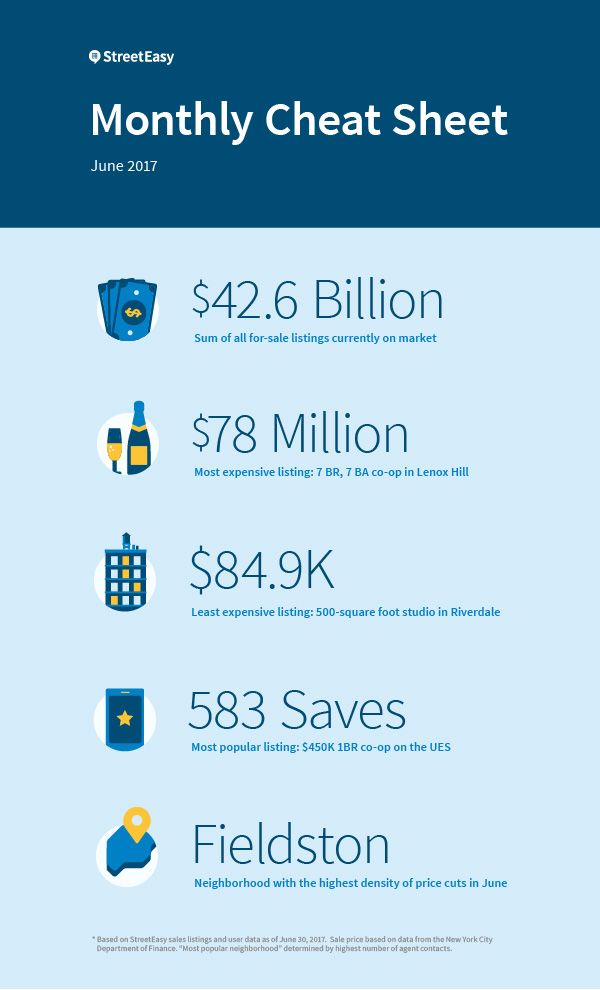 In June, the total value of all sales listings summed up to $42.6B. 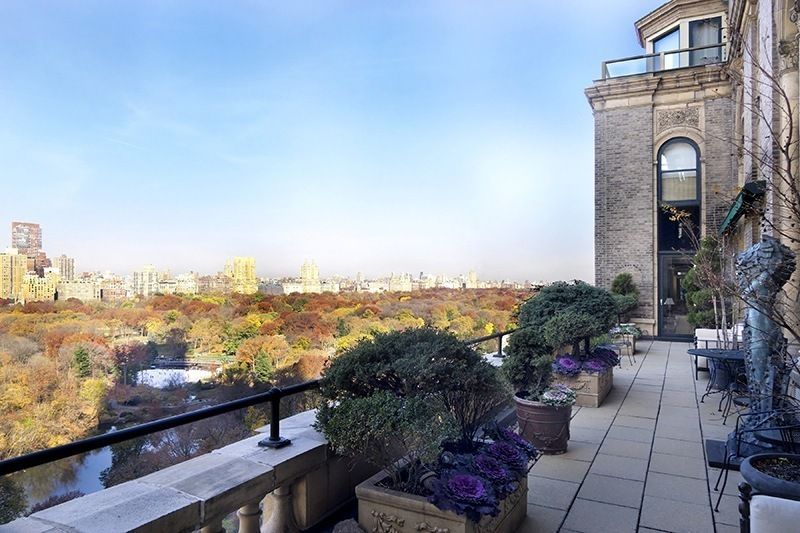 You can’t ask for a more white-glove address than 781 Fifth Avenue, which also happens to be the iconic Sherry Netherland. According to the listing description, the penthouse is located on “the New York City power corner of 59th Street and 5th Avenue” and offers seven bedrooms and eight bathrooms.

The penthouse leaves nothing lacking in terms of views with a nearly 60-foot long terrace directly overlooking Central Park. If that didn’t do it for you, there is also a south-facing, 85-foot terrace with views of Midtown’s iconic skyscrapers as well as another 30-foot terrace off the master suite with direct park views.

Five-Figure Club for the Win 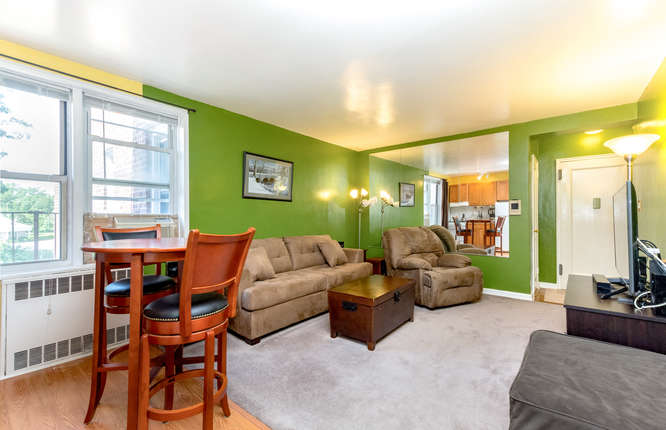 And now, here’s a different kind of Netherland — namely, 5645 Netherland Avenue in Riverdale, which happens to be June’s least expensive listing. With an asking price of just $84.9K, you could buy this Netherland Avenue co-op 900 times over and still not pay as much as you would for the Sherry Netherland penthouse. 900 times!

Offering 500 square feet, the studio has a competitive price per square foot of $169. In that 500-square feet, you get an open kitchen, a dishwasher, a full bathroom (thankfully!) and good light. The building offers a laundry room, parking and maintenance fees of $453/month. Access to public transportation is lacking, but for about half the price of the apartment itself you could get yourself a nice little ride and skip the schlep to the subway or bus altogether. 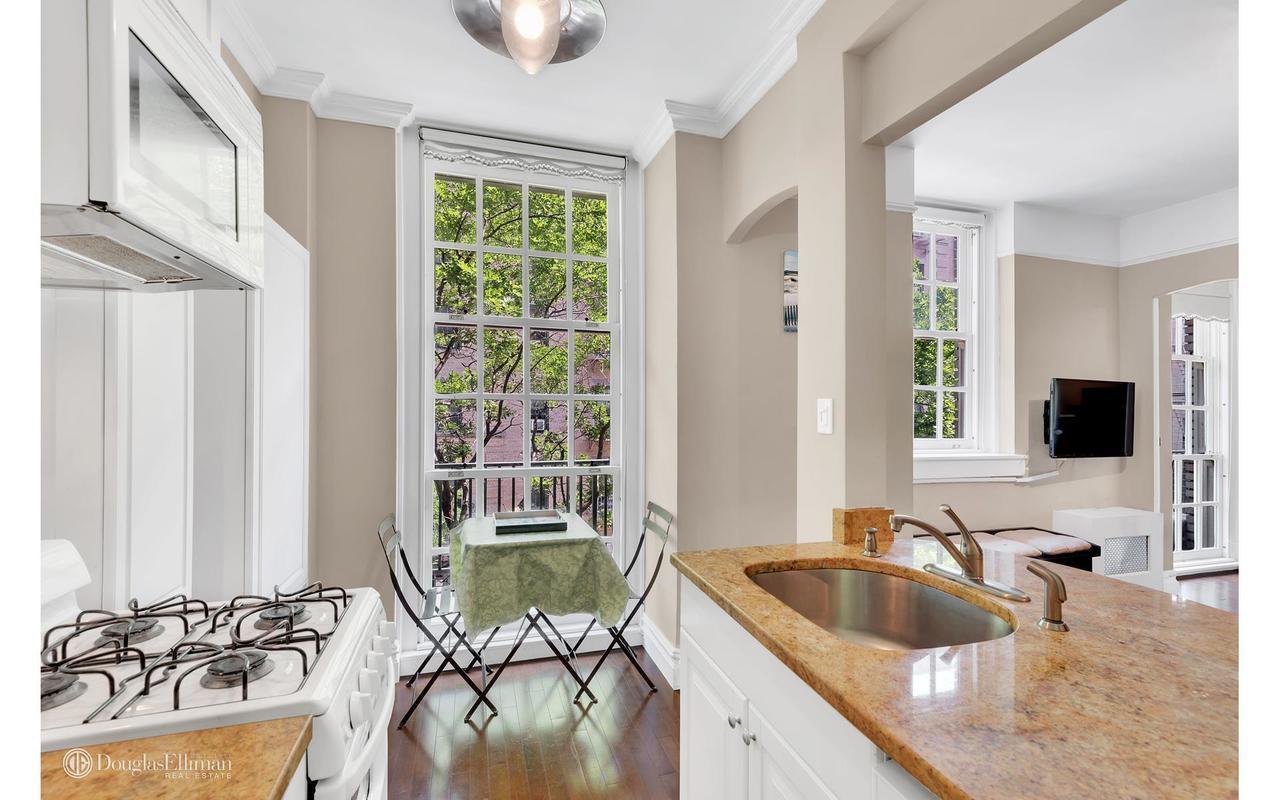 In the world of New York City real estate, an apartment with an in-unit washer/dryer is the gold standard. Make it an apartment with an in-unit washer-dryer for under $500K in Manhattan in the Cherokee building and you’ve got yourself a real treasure. Such is the case with this $450K 1-bedroom at 516 East 78th Street on the Upper East Side. No surprise then that 583 StreetEasy users saved it last month, making it June’s most popular listing. 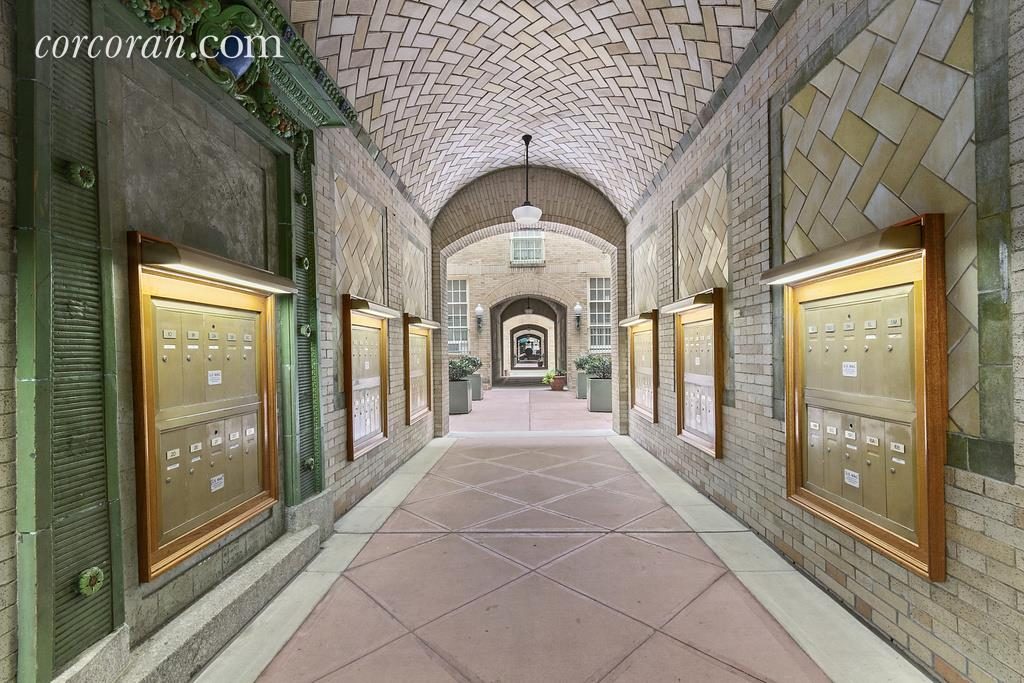 The exquisite terra-cotta tiling at the Cherokee

If the washer-dryer wasn’t enough of a perk, the listing offers a whole lot of other nice stuff, too, including a renovated kitchen and bathroom, two balconies and an efficient, though not for everyone, Murphy bed. 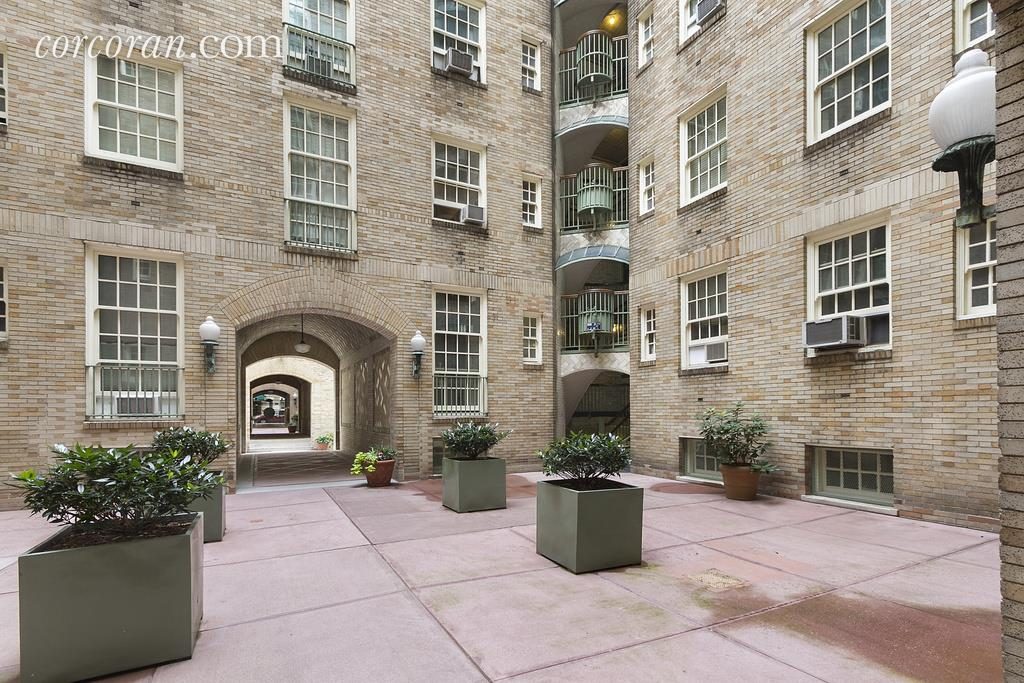 The interior courtyards at the Cherokee Building

Perhaps best of all is the apartment’s location in the Cherokee, one of the city’s most beautiful and quintessential Beaux-Arts buildings complete with cast-iron balconies and a green tile roof. The building offers incredible terracotta tiling throughout its common hallways, breathtaking stairwells and peaceful, secluded courtyards unlike any other building in New York City. Are we in Paris or the UES here??

Your Best Bet for Discounts: Fieldston 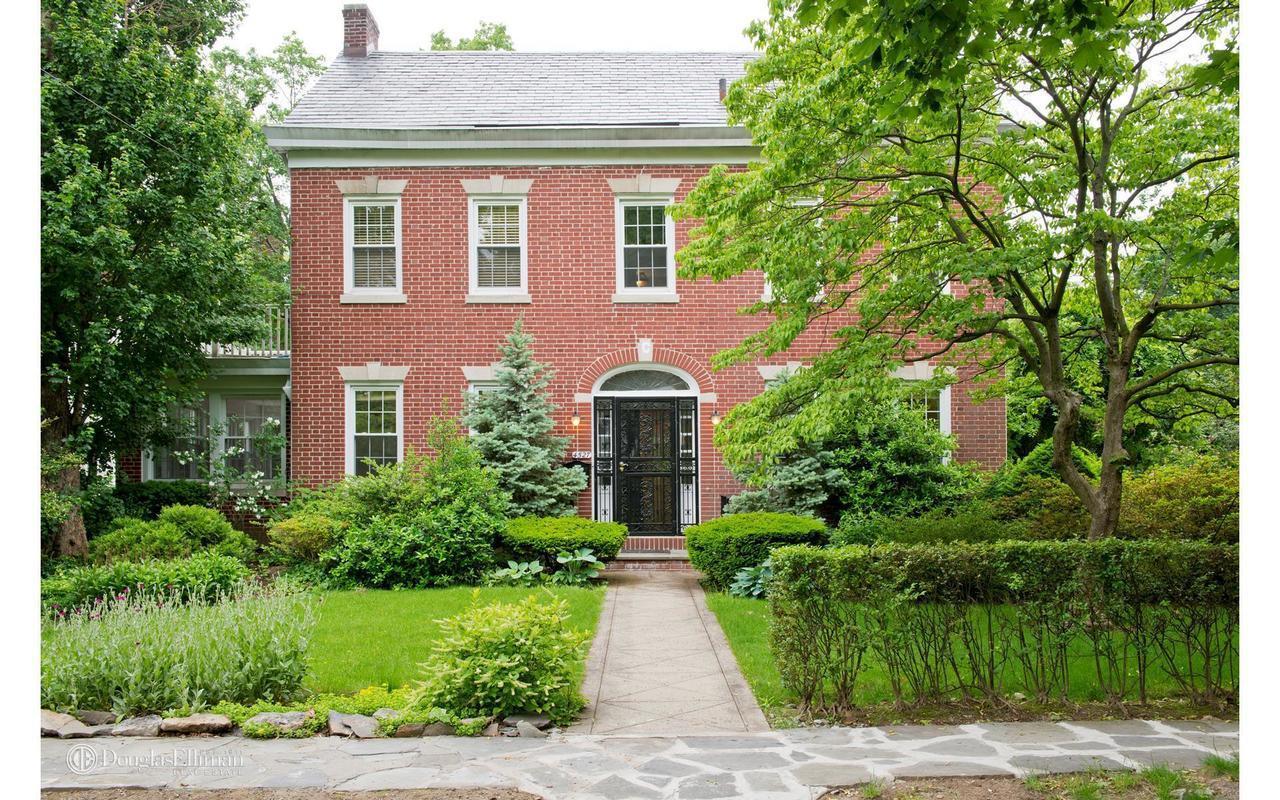 This 5-bedroom house in Fieldston is on the market for $1.35M

If you’re looking to score a discount this summer, the lovely residential enclave of Fieldston is your best bet. In June, 56 percent of all its listings saw price cuts.

Homes in Fieldston tend to be multi-bedroom affairs with spacious layouts and have nice semi-suburban perks like outdoor space and garages. Last month, a well-manicured 5-bedroom single family home on 4527 Delafield Avenue came on the market for $1.35M.

Although Fieldston is best known for these sorts of million-dollar mini-mansions, a large portion of its inventory often is comprised of six-figure co-ops in pre-war apartment buildings. Currently, there are 13 properties listed for under a million dollars in Fieldston. Check them out!