Sales Kick Off at The Flynn in Chelsea

Sales have begun at Chelsea’s The Flynn, with  12 of the building’s 30 units being released to the market. Incredibly, eight of the units are already under contract.

Whether it’s Broadway or the unveiling of a new real estate development, New York loves a good show.

So if you happen to be walking by the yet-to-be-unveiled The Flynn condo building in Chelsea during the hours of 6:30 or 7:30 p.m. over the next few days, be sure to take in the building’s holiday window, which literally comes to life with a live performance by professional actors and dancers.

Titled “Being Flynn,” two 10-minute performances will be held nightly through Dec. 13 and will “… highlight a cast of fictionalized characters who reside at the newly constructed The Flynn residence at 155 W 18th Street in Chelsea.”

Flynn developer IGI teamed up with the avant-garde theater and culinary club, Spring Street Social Society, to produce the event.

Here’s a preview of what you can expect: 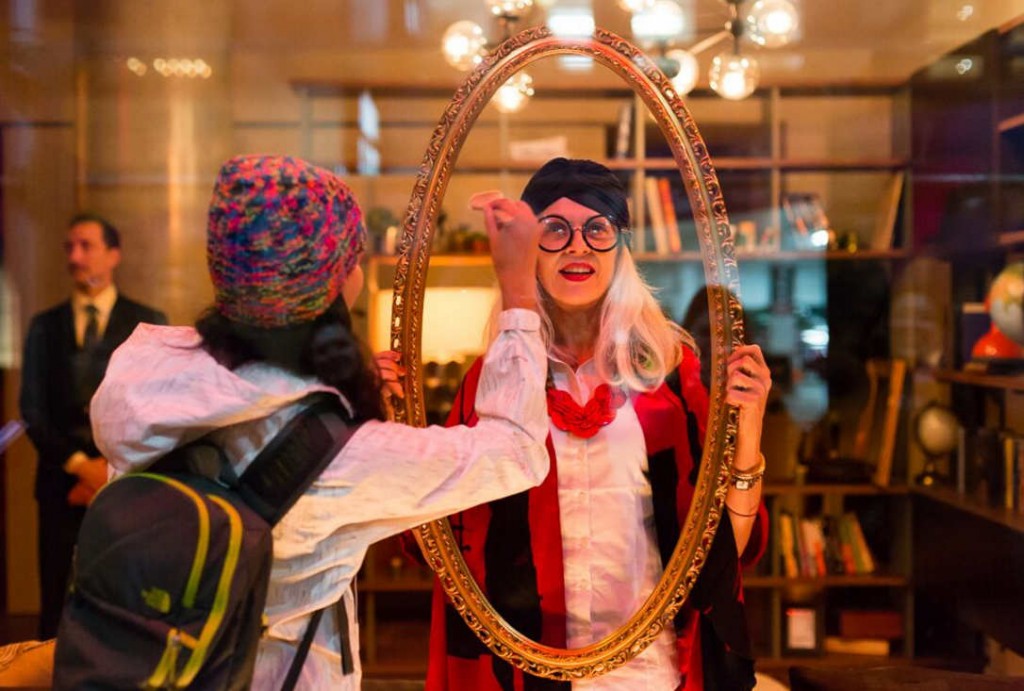 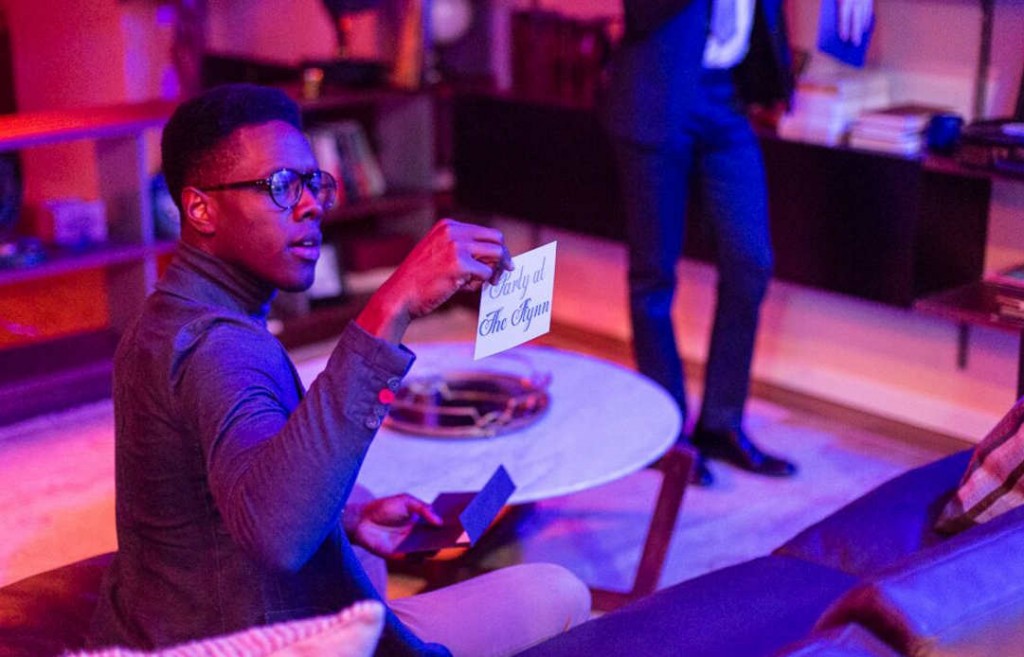 Viewing is completely from the street, so no worries about getting a ticket to get in, although buyers are probably eager to get a glimpse of the “30 handsomely appointed apartments” at The Flynn.

Introducing the Star: The Flynn

Designed by ODA New York, the 11-story The Flynn will offer 30 condos for sale, including two garden apartments and four penthouses with private terraces. The units range from 697-square foot one-bedrooms to four-bedroom penthouses at 4,066 square feet.

The building’s facade is constructed of dark grey stone with cantilevered penthouses at the top. The entrance to The Flynn is significantly recessed, creating a pavilion beneath a canopy. The kitchens feature Zimbabwe granite and backsplashes.

CORE is handling sales, which are set to begin next week, with occupancy by mid-2016. Pricing has not been revealed yet. Save the building page here to get a first look at the listings. 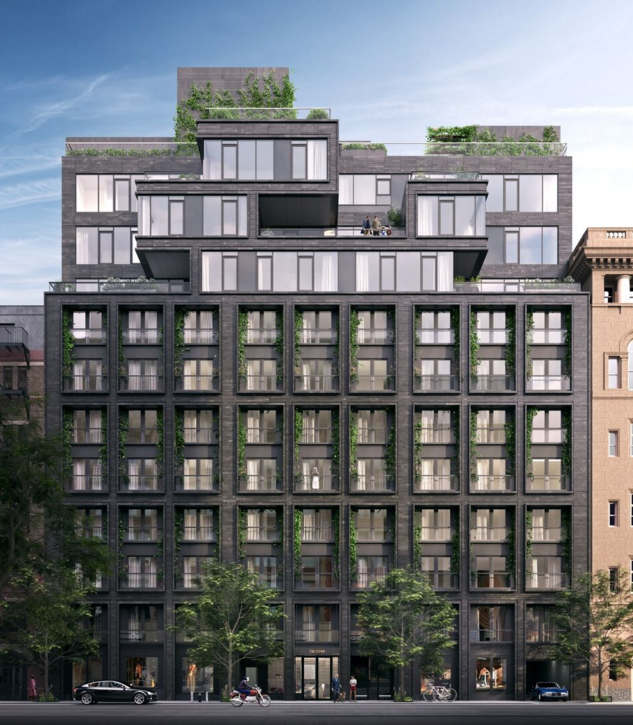 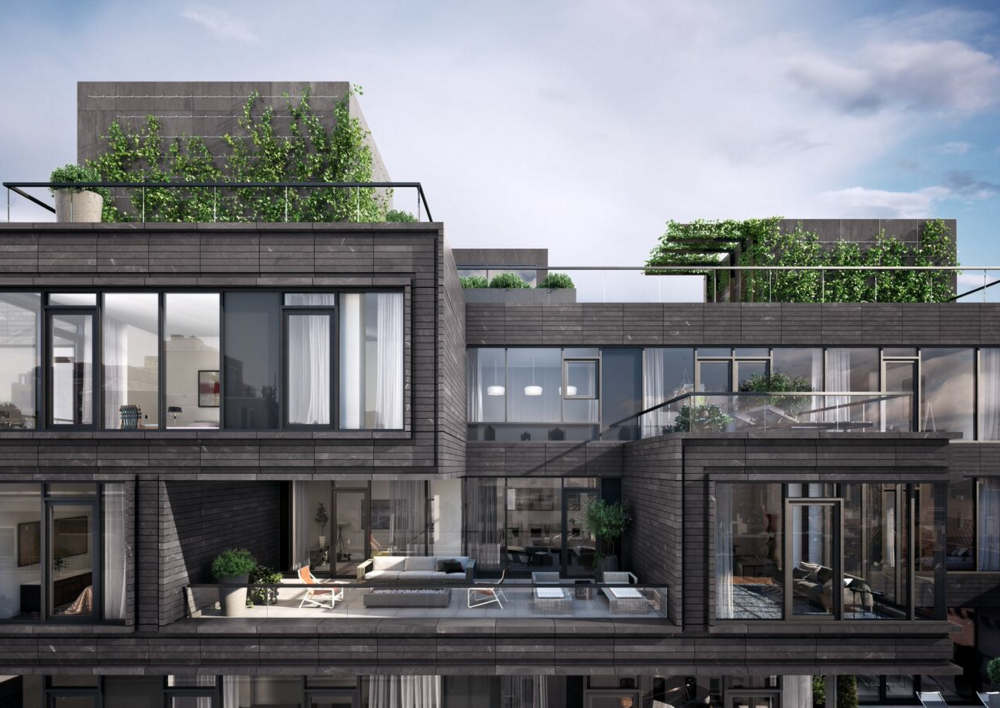 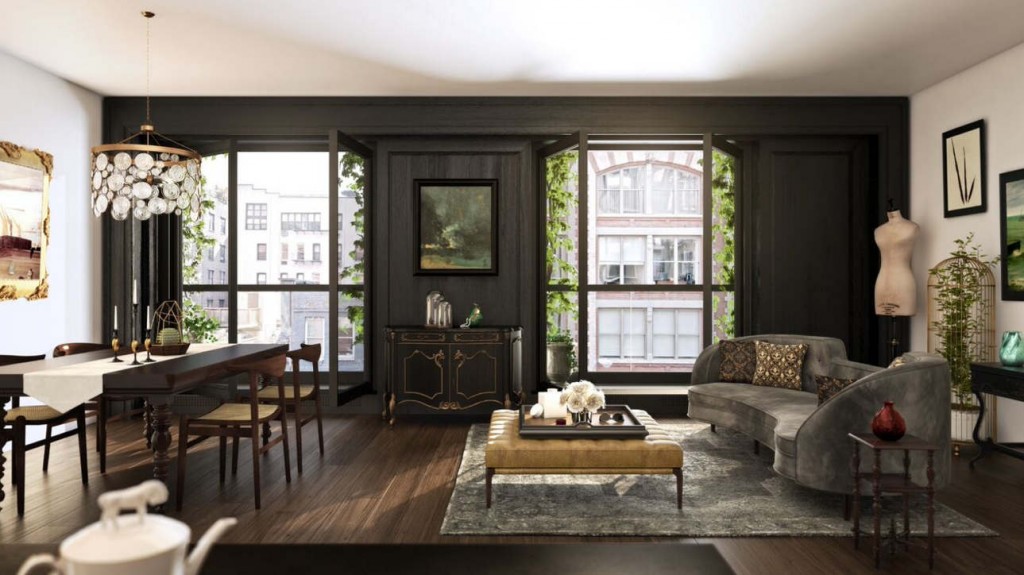 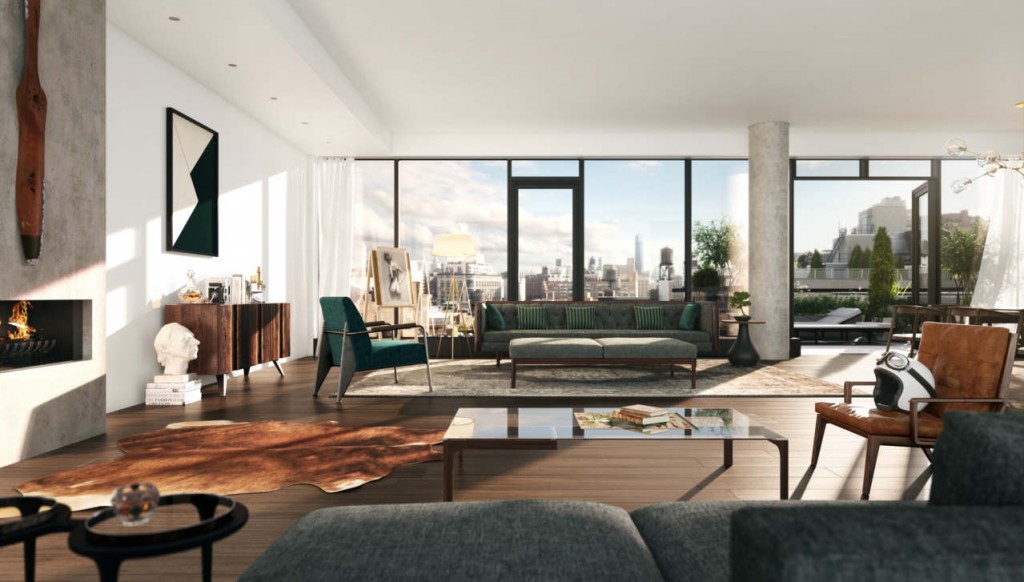 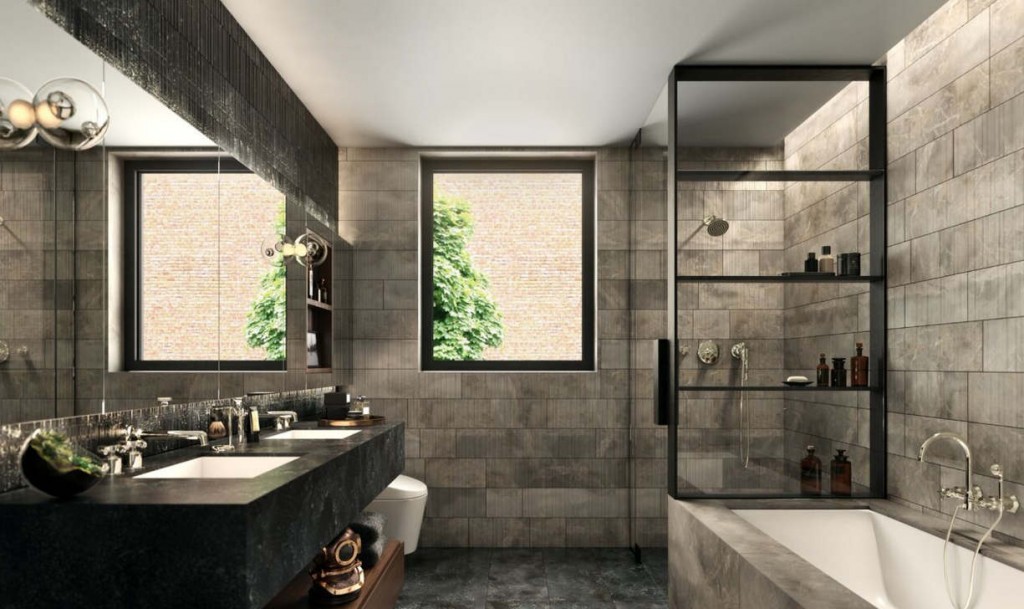 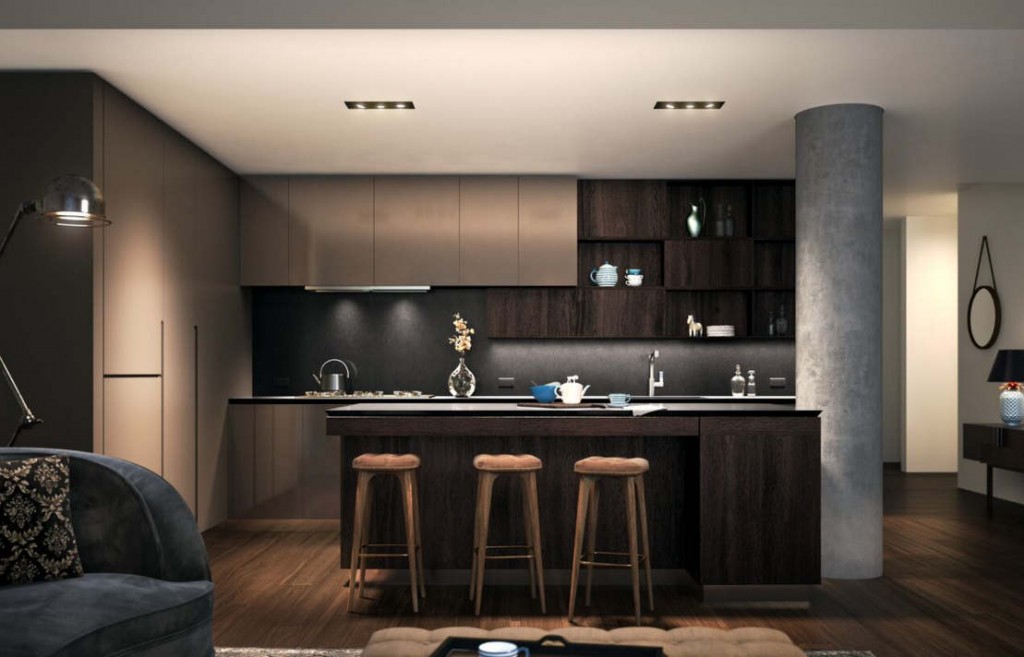 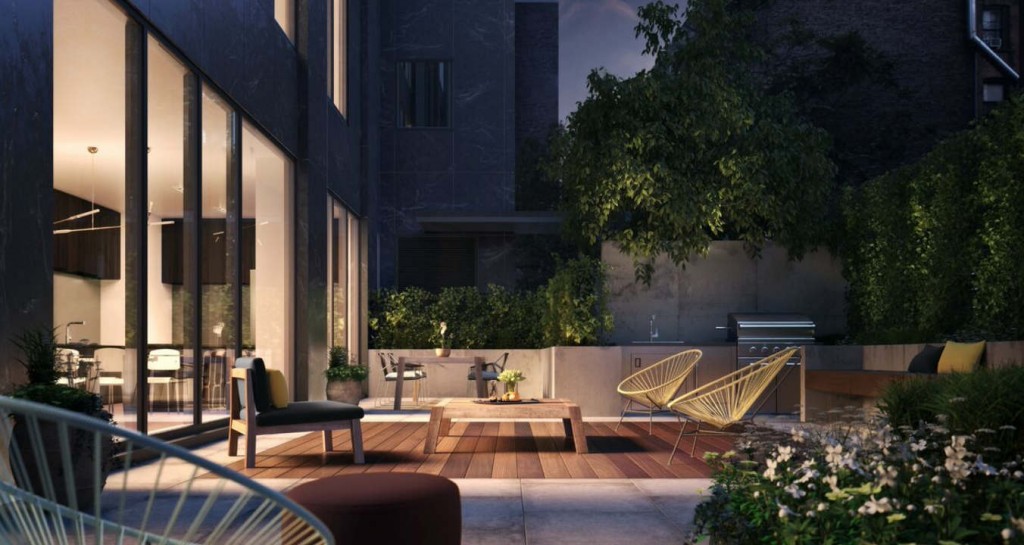 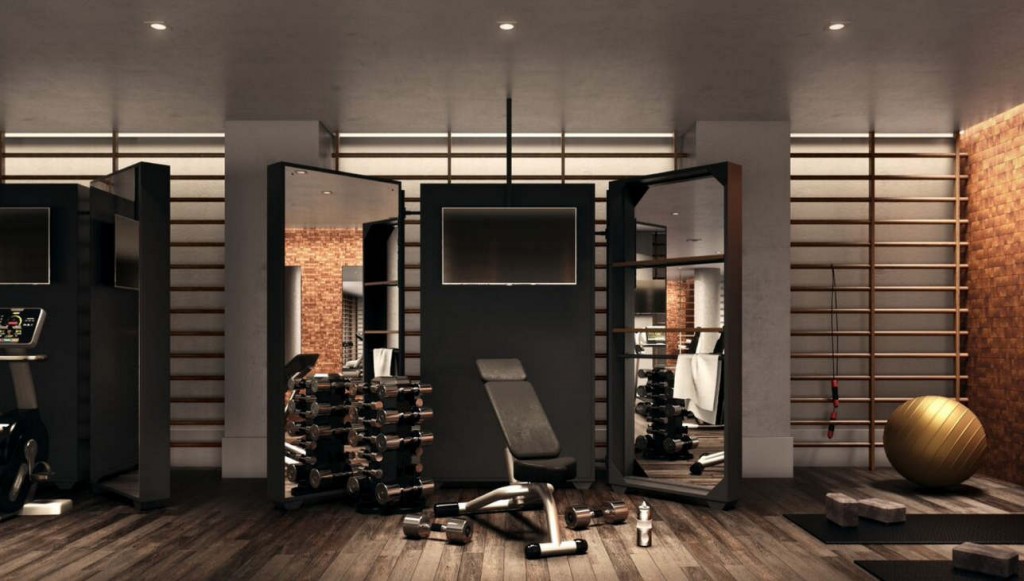