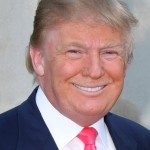 Just when you thought you had Donald Trump all figured out, the GOP presidential front-runner has once again rattled fellow Republicans. As a symbol of the 1 percent and the gluttonous riches of NYC luxury real estate development, Trump pulled out a humdinger when he said rich people ought to pay a greater share of taxes.

With earnings from capital gains taxed at lower levels than regular income, the bellicose 2016 GOP presidential hopeful seized upon a populist economic notion and went right to the TV cameras: The middle class is getting squeezed in part because the rich have found ways to avoid paying the full freight on investment income.

Does that mean Donald Trump took to heart some of the lessons from his father, Fred Trump?

Where Donald Trump quickly rejected his father’s real estate development mission to build housing in the 1960’s for upwardly mobile middle-class New Yorkers, at least The Donald has recognized the stifling effect of today’s economy on the middle class. It’s a wildly different Trump that the world is used to hearing from, given Trump’s proclivity to build luxury housing for the richest of the rich.

Fred’s Sensibilities vs. The Donald

Trump’s first creation was Trump Tower, a 68-story glass trophy completed in 1983. It was vastly different from Trump Village, the Coney Island apartment complex that Fred Trump completed in 1964. The complex added 1,672 cooperative apartments in a series of 23-story brick buildings in a part of beachside Brooklyn that came to be defined by this massive housing development. It was the only development Fred Trump put his name on, despite dozens of other middle-class housing projects in Brooklyn and Queens, where Fred Trump raised Donald and his four siblings at 8514 Midland Parkway in Jamaica Estates. 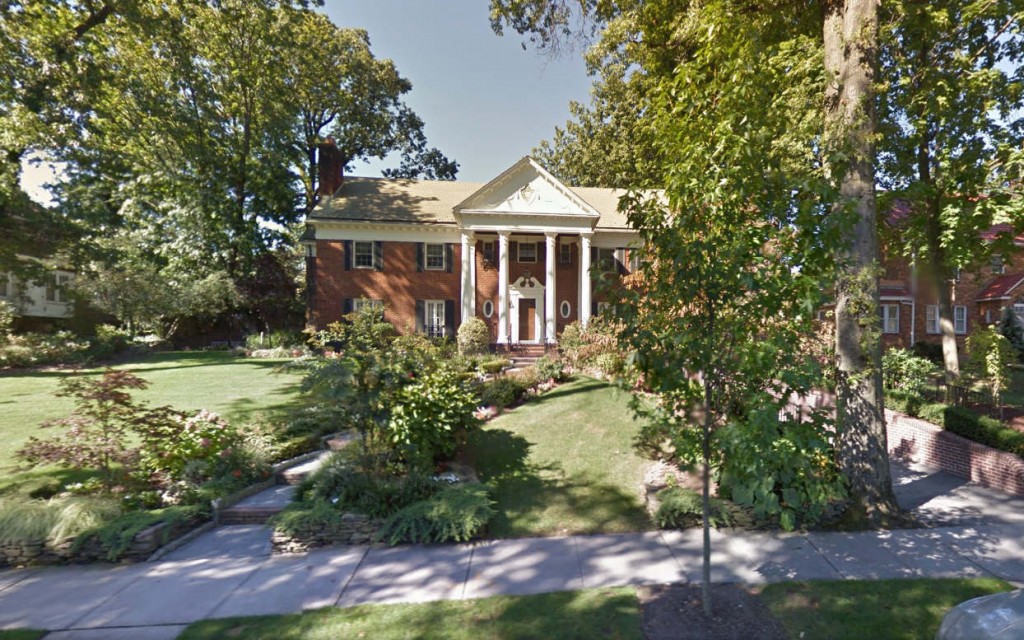 This Investopedia article explains how Donald got his start:

As plucky a background story as Trump has conjured up, the young brash upstart bucking the odds, he didn’t start from nothing. In fact, he started from plenty. His late father Fred was one of the premier housing developers of the postwar outer boroughs of New York, building thousands upon thousands of unremarkable but functional multi-family dwellings in Brooklyn and Queens. Fred Trump died in 1999 with a fortune estimated at around $400 million. He also financed Donald’s first real estate deal, in which he bid on a rundown government-owned housing development in Cincinnati and hired his 25-year-old Wharton graduate son to turn it into something habitable. The two succeeded, each Trump’s deserved share of the credit becoming less important with time, and upon the development’s sale enjoyed a million-dollar profit.

In Coney Island, the middle-class community that grew out of the 1960’s-era Trump Village complex redefined life for thousands of first and second-generation Americans whose families continued to live in Trump Village over the decades. 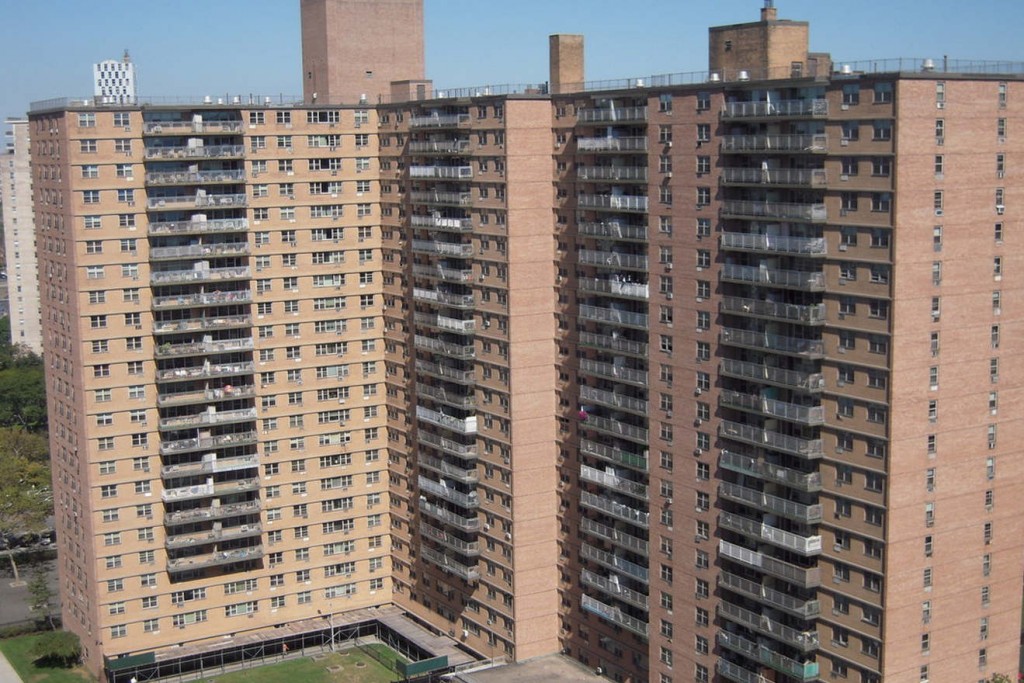 The only complex Fred Trump put his name on: Trump Village.

Currently, Fred Trump’s Village is enjoying another renaissance. In 2007, when the mortgage underpinning Trump Village was paid off, tenants voted to leave behind the complex’s subsidized status under New York state law and, instead, became private owners of the units. Since, then values have skyrocketed at Trump Village, where 1, 2 and 3-bedroom apartments sell now for an average of $379,000 and rents average between $1,600 and $2,200.

Many apartments offer panoramic views of the Atlantic Ocean and the beach, Coney Island’s Luna Park, the Verrazano Bridge, and the Manhattan skyline. The maintenance/carrying charges are some of the lowest in Brooklyn, mainly because the building complex does not have an underlying mortgage. Electricity is included in the low maintenance. The building complex is walking distance to the F, Q, and B trains, local and express buses to Manhattan, Brighton Beach shopping, beaches, the Aquarium and the Coney Island Boardwalk. It is also a short ride to the Belt Parkway highway. There is 24-hour security patrolling the grounds. There is a doctor’s office, dry cleaners and day care center on site. Other amenities include key-less door entry, newly updated laundry facilities and elevators, vending machines, a new playground, recreation room, and double pane insulated windows. This vibrant cooperative community is a highly desirable neighborhood and the apartments are steadily rising in value.

Trump Village Estates in Brooklyn breaks down into five different addresses, including:

Meanwhile, Trump Jr. continues to lead in the GOP presidential primary polls and has turned the 2016 presidential race on its ear. While it’s anyone’s guess whether he will actually make it all the way to the White House, it does give pause that his proclivity to put his Trump stamp on every real estate holding imaginable could lead to the rebranding of 1600 Pennsylvania Avenue. Are we ready for “The Trump White House?” 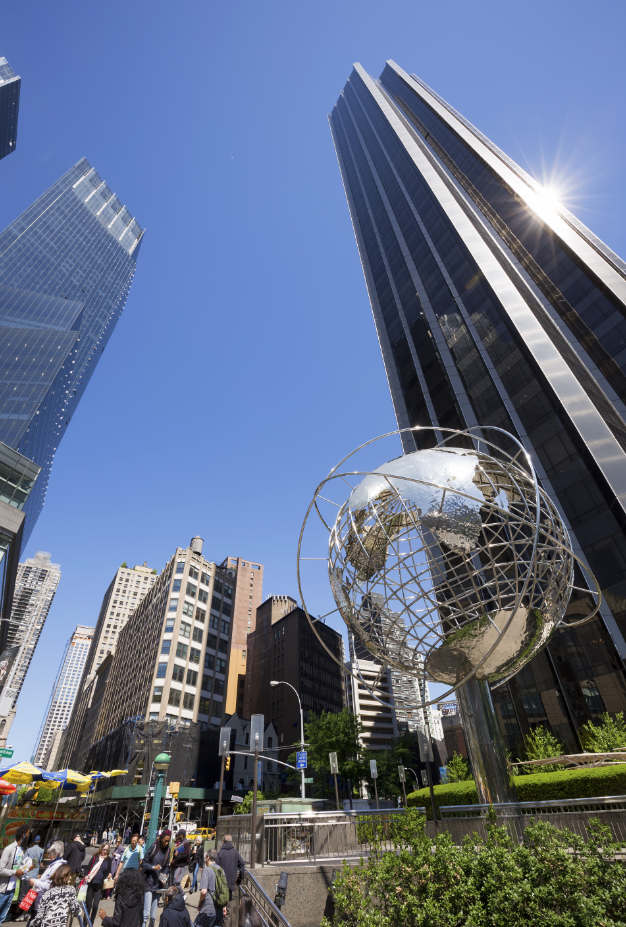 Of course we jest. But it is hard to ignore the Trump name emblazoned on buildings across the country and internationally. Here in NYC, there are many buildings bearing the Trump name, but not all are owned by him — rather, the Trump Organization — which is a conglomerate with holdings in real estate, construction, hotels, entertainment, media, golf courses, publications and more.

According to WYNC News, who did some sleuthing on ownership, it found Trump might develop a property, but not necessarily own it. Rather, his name is so powerful, he licenses it to developers. Here is the list of buildings in NYC that bear his name: