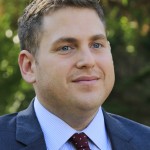 Original post: He co-starred as Leonardo DiCaprio’s sidekick in the hit movie “The Wolf of Wall Street,” but it looks like Jonah Hill won’t even be the king of 27 Howard Street much longer. The actor has listed his quintessential SoHo loft for $3.5 million.

That’s a price drop from the original list price of $3.8 million Hill sought for the 2,000-square-foot, full-floor apartment last summer before yanking it off the market. Hat tip to Curbed for first speculating whether the $300K price cut will attract a buyer this time.

Hill’s NYC spread boasts 13-foot ceilings and is pretty grandly scaled, especially since it looks as if Hill used to wake up and play scales on the piano located in one the sprawling bedrooms, which was converted into a master suite from what was previously 2 bedrooms.

The ambiance is classic New York, with a nice mix of original hardwoods and exposed brick plus a gourmet kitchen, renovated bathrooms, central air conditioning and laundry area. The cast iron building sits where Howard meets Crosby Street, putting any prospective buyer in the heart of the SoHo retail and restaurant scene.

There’s no word on whether Hill is looking to jump to another NYC address, especially now that he’s rumored to be dating a new lady, according to new reports in the New York Post and the Daily Mail.