Kathryn Bigelow Gets Back in the Downtown NYC Real Estate Action 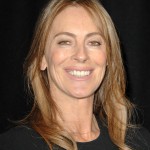 This ain’t no “Hurt Locker.” Nor is it going be “Zero Dark Thirty” anytime soon in this full-floor residence recently locked and loaded by director Kathryn Bigelow.

Bigelow is no stranger to New York or the city’s wildly fast-paced real estate world. A master’s graduate of Columbia University film school, Bigelow moved to New York in the 1970s and, as an artist, became part of the avant-garde scene centered in SoHo and Tribeca. She worked with noted NYC artists and curators like Julian Schnabel and Richard Serra and, later, to make money, she teamed up with Philip Glass renovating distressed apartments downtown and reselling them.

For a spell back then, she even lived in a basement apartment at 112 Greene Street, in the heart of SoHo, so Downtown has long been her neck of the NYC woods.

Bigelow’s new digs at 449 Washington Street are 1,665 square feet and includes two bedrooms, a balcony, fireplace, oversized rooms and 3-side exposures. With occupancy for the building expected to be ready by late spring, Bigelow can be enjoying her open-floor plan living space, complete with island kitchen and Viking appliances as New York City enters its best seasons.

Her unit is also apparently only reachable by private elevator, but there is also a doorman in this exclusive 100-year-old brick building that has been completely overhauled by Dl Development. There’s one other unit still for sale; the 3-bedroom, 3.5-bathroom maison unit that sprawls 3,236 square feet over the first and second floors of the building. Its for-sale price is $6.6 million and the listing is held by Monica Novo and Daren Herzberg with the Corcoran Group.