Manhattan’s reputation for producing properties with record-breaking prices is legend. Forget millionaires. This is the city that now sports Billionaires Row, where properties flirt with nine-figure price tags.

The StreetEasy Research team looked at data for the past 18 months (Jan. 2014-June 2015) and examined buildings that had at least two closed sales in that time period. Also, we only included buildings that provided square foot information to come up with this Top 10 list of the most expensive NYC residential buildings by median square foot. 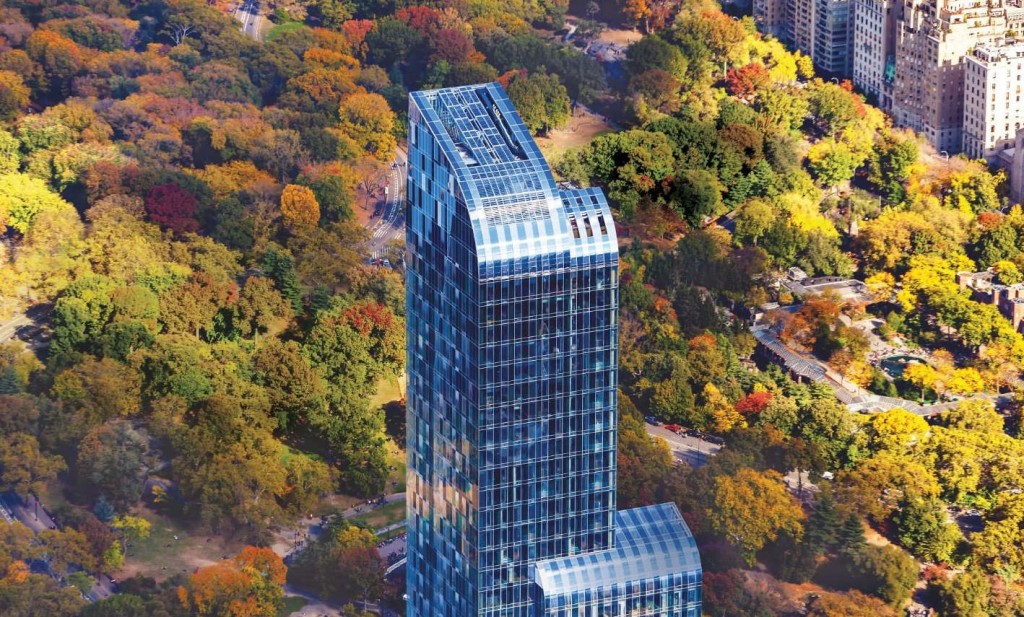 Leading the pack with record-setting deals in NYC is the 75-story One57.

Towering 75 stories above 57th Street, “The Billionaire Building” is the first of several residential skyscrapers transforming midtown Manhattan into Billionaire’s Row. Rich people dig it. Architecture critics … not so much. Even before its completion in 2014 after 15 years of development, the blue glass behemoth quickly set a series of records for high-priced condos in NYC, including units that sold for $91 million and $100 million. Even at $6,940 per square foot, One57 still entices investors who think there’s upside to this building’s bottom line. (See listings in One57) 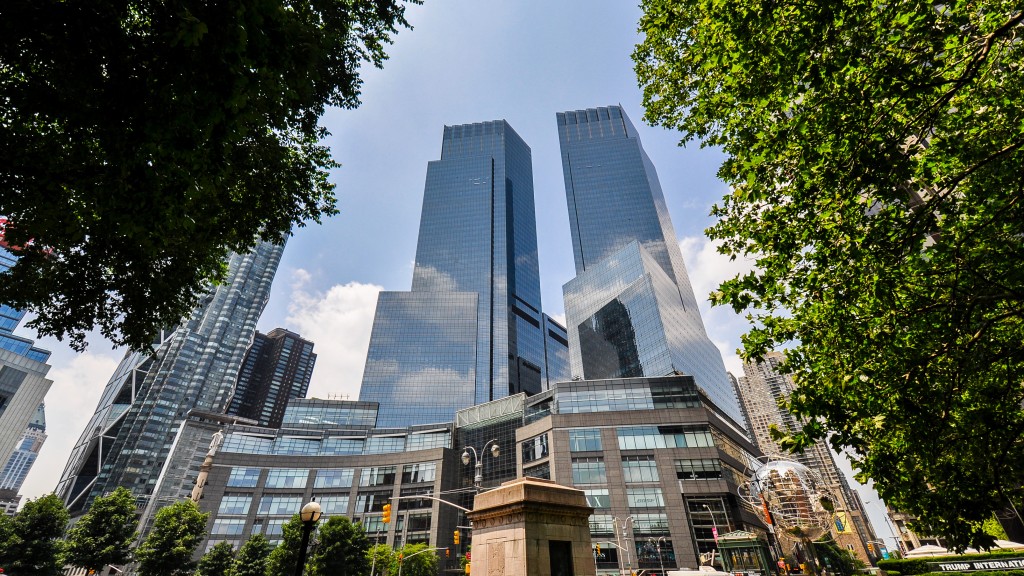 There’s a lot more to this twin-towered condo building than Anderson Cooper’s face beaming out from the giant screen here at Time Warner/CNN headquarters. This black, gleaming structure is full of anonymous foreign owners who set up shell corporations as a means to safely park cash in uber-expensive apartments that many of them may never set foot in. Just this summer, a penthouse sold for nearly $51 million to an LLC, setting a record for the building.  (See listings in Time Warner Center). 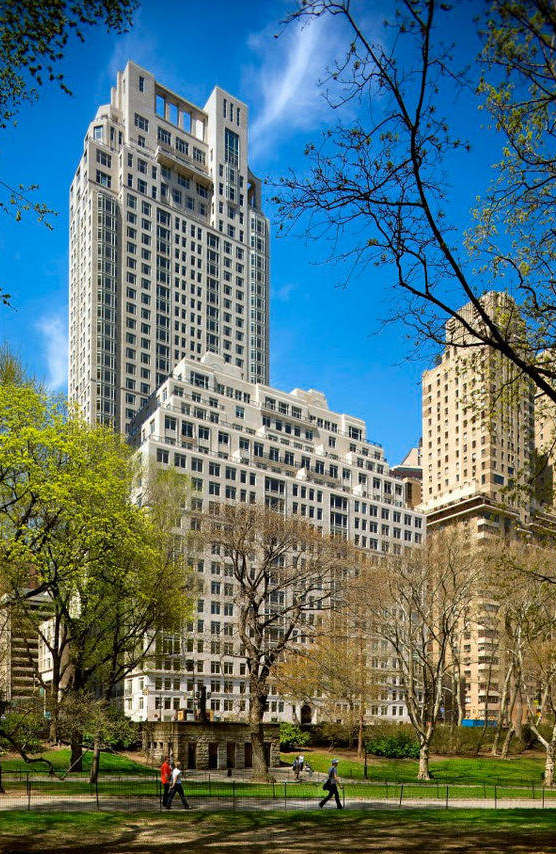 Dubbed the “Limestone Jesus” by Curbed, 15 Central Park West is a direct descendant of some of New York City’s most enduring and iconic buildings. This isn’t nouveau riche or glitzy for the sake of showing off. This place was built to be the real deal, as evidenced by the parade of buyers and tenants who called this place home: Robert De Niro, Sting, Norman Lear, Denzel Washington, Bob Costas, Goldman Sachs CEO Lloyd Blankfein, Russian businessman Dmitry Rybolovlev and his daughter Ekaterina Rybolovleva, former Citigroup executive Sandy Weill, businessman Min Kao, NASCAR driver Jeff Gordon and Alex Rodriguez. (See listings in 15 CPW).

4.  Residences at the Mandarin Oriental – 80 Columbus Circle (below) 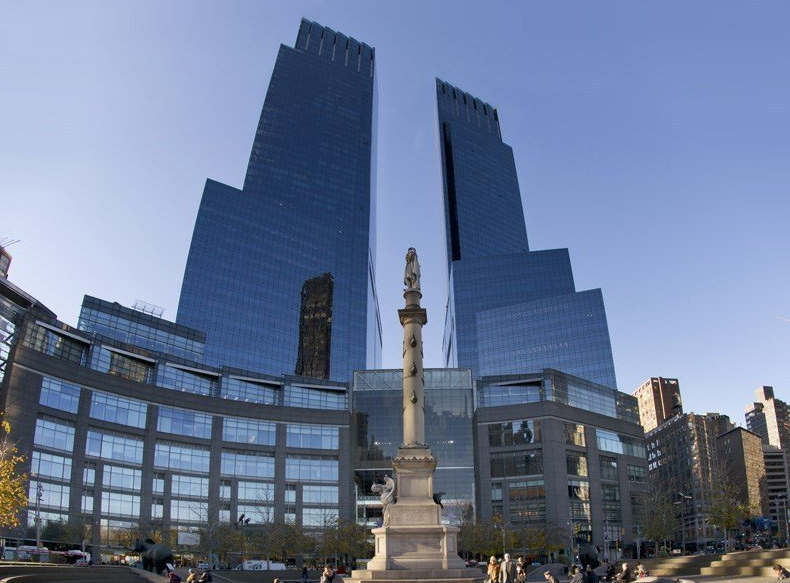 Yup — here we are again at the Time Warner Center where the Mandarin Oriental condos occupy the top 66 residences of the north tower.

Sitting atop the 5-star Mandarin Hotel in the north tower of the Time Warner Center, these 66 residences aren’t just apartments. They’re super-exclusive extensions of this high-end hotel, which means white-glove service and amenities up the ying yang. (See listings in the Mandarin Oriental). 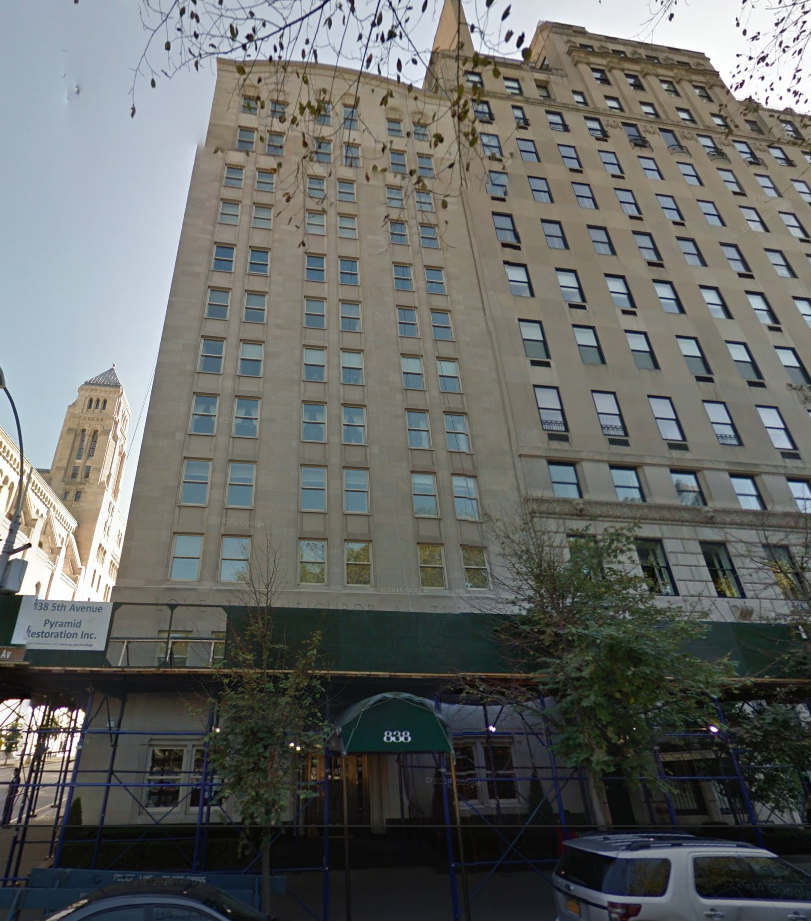 It’s no Limestone Jesus, but 838 5th Avenue is a pricey little building.

Quietly holding down the fort as one of the Upper East Side’s premier addresses, you won’t see a rental in this boutique residence, nor a parade of celebrities looking to make their mark on Manhattan. Built in 1950 for the Union of American Hebrew Congregations, the building was completely redesigned and renovated in 1999, which created the 11 floor-through residences that all span about 5,400 square feet and come with separate staff quarters and wine cellars. Broadway theater moguls James Nederlander and his wife, Charlene, purchased an apartment there in 2006 for $13,470,000. (See more about 838 5th Avenue). 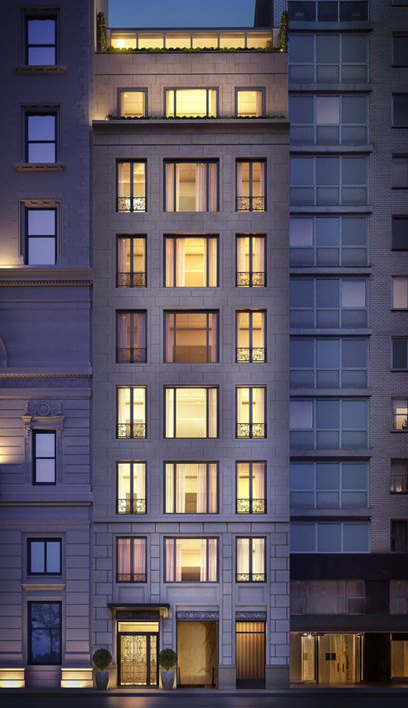 22 Central Park South is a landmarked annex to The Plaza Hotel.

This landmarked building next to the Plaza Hotel used to be cramped rental apartments until a dramatic renovation transformed it into six floor-through units, including the duplex penthouse overlooking Central Park. Amazingly, this boutique condo building still prices out in the top 10 despite no gym and no parking garage. Still, look where you are! (See listings in 22 Central Park South). 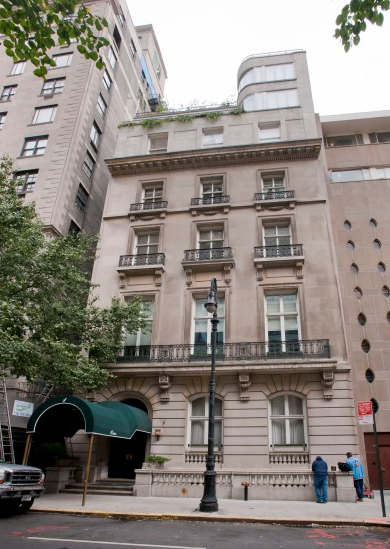 Joan Rivers lived here in her famous penthouse triplex that was decked out for the second coming of Marie Antoinette. What more do you need to know? This 12-unit building is for the old-school millionaires who liked a lot of limestone, 23-foot ceilings and a generous 42-foot-wide setting to feel like the Queen or King of Manhattan. (See listings in 1 East 62nd Street). 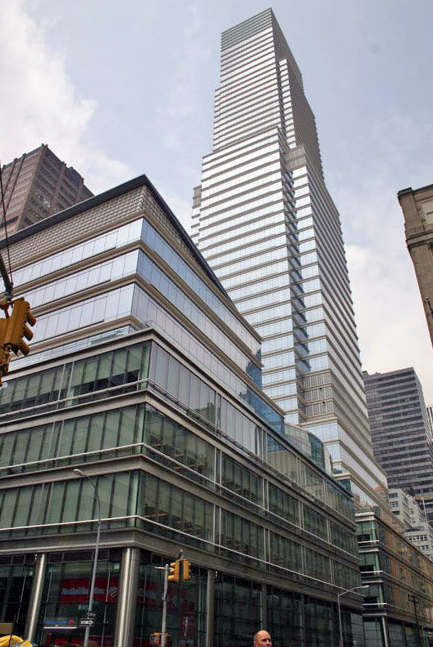 Residences begin on the 32nd floor of One Beacon Court.

This one set the standard — for $100 million condo listings, that is. In 2013, a massive unit inside this Bloomberg Tower complex set the record for the highest-priced listing in New York at $115 million. Not that hedge fund honcho Steven Cohen got his price. The unit is still listed for $79 million and is touted as the most elegant apartment in NYC. At $8,777 per square foot for the 9,000-square-foot unit, it ought to be! (See listings in One Beacon Court). 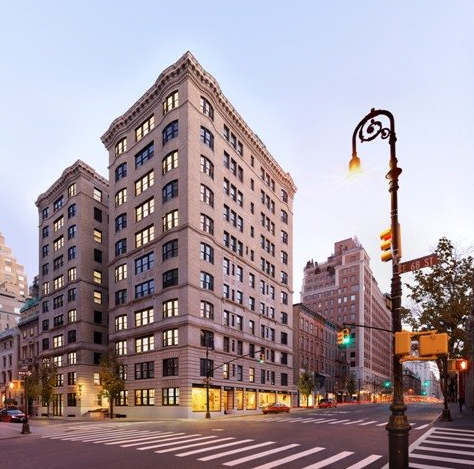 The Marquand via artist’s rendering.

What do you get when you cross an 1913 Beaux-Arts Revival-style building with a complete overhaul yielding 26 units that each have a minimum of 4 bedrooms? You get sumptuous, sprawling apartments that hit the market in 2014 for no less than $15 million. Less than two years later, it takes about $19 million to bust into this grand landmark. (See listings in The Marquand). 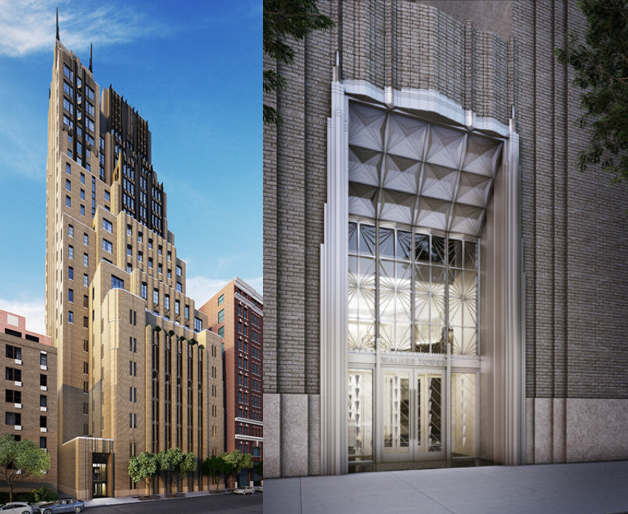 The Walker Tower and its Art Deco entryway.

Neither the San Remo or the Dakota made this list, but the 1929-era Walker Tower adds a little bit of history and Art Deco lustre to the most-expensive mix. This Chelsea icon snuck into existence before height limits were enacted, giving residents some pretty sweet views. Of the 55 units, about 11 boast  fireplaces and about half open onto private terraces. These units are just flat-out elegant, bold and worthy of our envy, especially the 5,955-square-foot penthouse that sports a $70 million list price. (See listings in the Walker Tower).