New Owners, New Plan for Condos at the Chelsea Hotel

It’s been five years and a lot of aggravation since the Chelsea Hotel — or, Hotel Chelsea, or The Chelsea — stopped welcoming guests to its deliciously dank rooms, but the history-rich enclave for some of rock and literature’s most famous creative class may now see light at the end of the hallway. The red brick behemoth at 222 W. 23rd Street has new owners — and a new plan to convert a portion of the hotel into condominiums by 2018. The project will include a smaller Chelsea Hotel inn alongside the condo units. 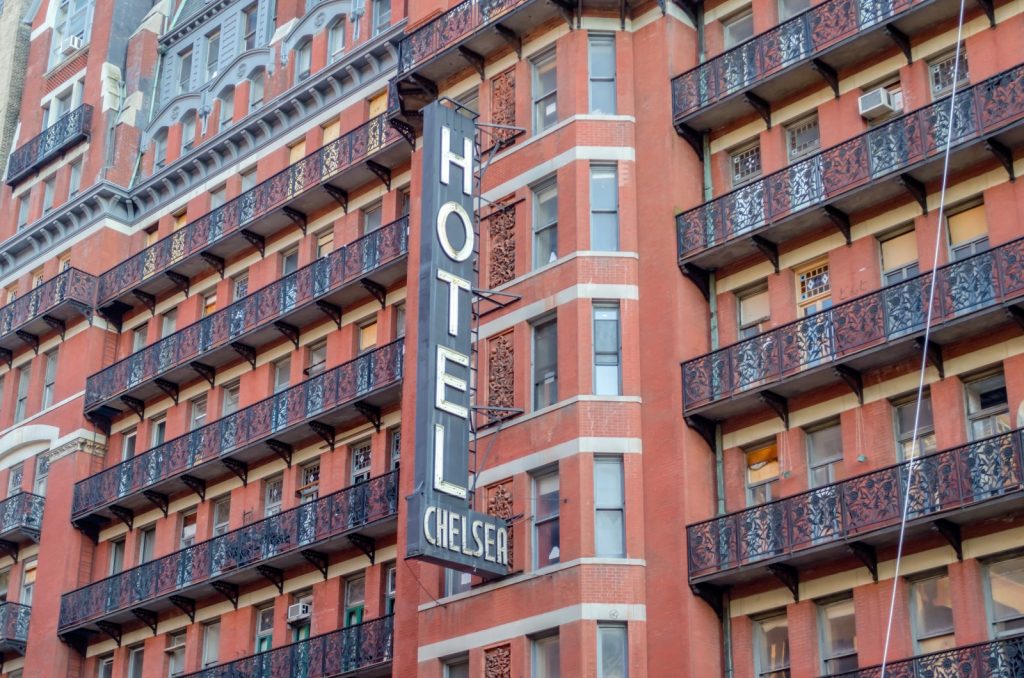 The hotel/condo redo will come courtesy of BD Hotels’ Richard Born, Ira Drukier and Sean MacPherson, who paid $250 million for a NYC icon that has seen its first renovation attempts get hung up on a variety of issues. According to reports, BD Hotels took over the project in July.  Further complicating the hotel’s redevelopment is the fact that tenants still occupy Chelsea Hotel apartments, making for some legal issues. Previously, the hotel was under ownership by the Chetrit Organization, who had hotel-centric architect Gene Kaufman on board.

According to Holland & Knight, the real estate law firm that represented the buyers, the deal closed under the SIR Chelsea LLC. The hotel is a joint venture with existing owners of the famed Chelsea Hotel.

“The group, which plans to redevelop the property as a hotel and condominiums, purchased the hotel for $250 million on Oct. 28,” the law firm confirmed, adding that “SIR Chelsea LLC is a group formed by three well-established boutique hotel developers and operators who own the Bowery Hotel, Maritime Hotel, Greenwich Hotel, and others. They received financing from Wells Fargo and expect the project to qualify for Historic Tax Credits as well.”

The Chelsea Hotel, which was built in 1884, is one of NYC’s more storied buildings since it attracted a list of residents that made up a who’s who of creative talent from rocker/poet Patti Smith to Sid Vicious to Bob Dylan to Jimi Hendrix and Janis Joplin as well as Mark Twain, Tennessee Williams, Allen Ginsberg and Jack Kerouac. And this is just a partial list. In fact, maybe it’s the restless souls of all the famous patrons that have kept the Chelsea Hotel from making a smooth transition to Manhattan’s 21st century resurgence of high-stakes real estate development.

The pull of history and the ghosts of the hotel’s guest may still be rattling around. Among some of the rent-control protected tenants who’ve long lived at the Chelsea Hotel is a man who, when negotiating with the developers, got them to agree to keep the room where Welch poet Dylan Thomas died of pneumonia in 1953. As one of the bricks and mortar repositories for some of NYC’s most famous art/rocker memories, the Chelsea Hotel has a life of its own.