NYC's Unsold Condos: Thousands of Units Linger on Market as More Are Built 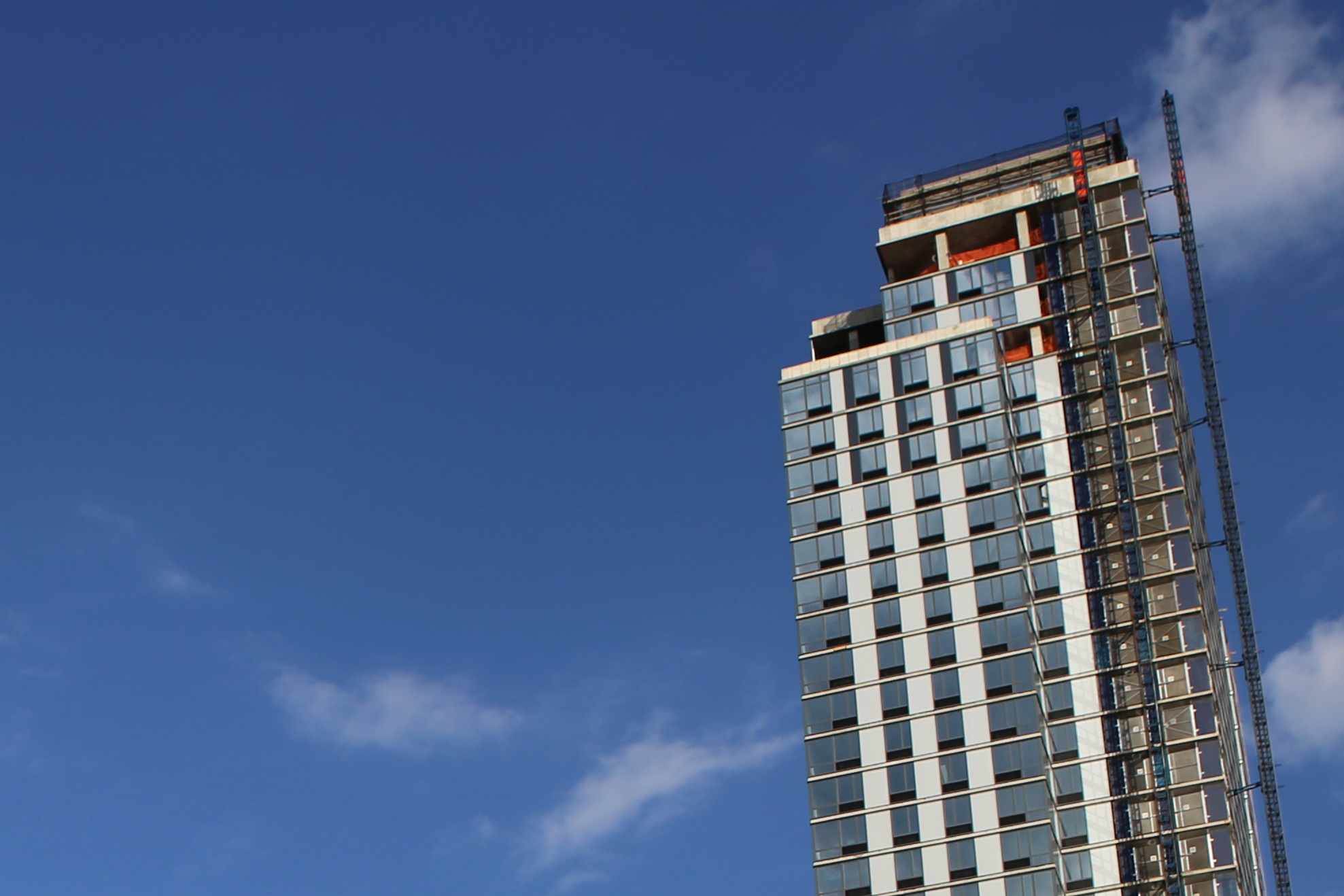 NYC’s unsold condos are the result of a boom since 2013 that has produced thousands of new units most city residents can’t afford. More are still being built. (Getty Images)

New York City has seen a boom in condo building over the last half-decade. But even as glitzy new units continue to hit the market, a worrying number of homes created in this boom remain unsold.

Since 2013, more than 16,000 condo units in 682 brand-new buildings have gone up across the five boroughs. This boom has produced massive revenues for developers, with the total value of condos sold reaching nearly $32 billion.

Among these units are some of the most expensive homes ever sold in the history of the country, including penthouses atop the Billionaire’s Row outposts 220 Central Park South, 432 Park Ave., and 157 W. 57th St.

Yet with lofty price tags needed to cover the cost of their development, many of these new castles in the sky have failed to find kings or queens to live in them.

Of the 16,242 condos built in New York since the start of 2013, only 12,133 have been sold. Some 4,109 condos, or just over 25% of all new stock, remain sitting on the market, forming a backlog that has grown steadily since 2013. And with a median price of $1.1 million citywide, and more than $2.3 million within Manhattan, these new condos remain out of reach of most New York home buyers.

Yet even more are on the way. Glitzy new towers such as 217 W. 57th St., 125 Greenwich, and 45 Park Place are still moving skyward. But their arrival comes as the champagne from the great condo boom has long since gone flat, and the hangover has begun to set in.

With U.S. borrowing rates hitting historic lows in 2012, developers started acquiring land and breaking ground on many of the condo developments that opened their doors in 2013, 2014 and 2015. The success of the sales to the global rich in pre-crisis towers such as 15 Central Park West and the Time Warner Center — along with eye-popping deals like Michael Dell’s 2014 purchase of a $100 million penthouse at 157 W. 57th St. — encouraged a slew of followers with rosy estimates of the demand for new units.

As sales have failed to keep pace with development, new units have entered the market facing greater competition. For every three condos completed in 2018, only two built since the start of 2013 were sold.

As a result, neighborhoods with more recent development are among those with the largest hangovers of inventory. More than two-thirds of the 1,069 condos in the Lower East Side remain unsold, a glut resulting from the addition of 815 units in One Manhattan Square — the largest condo development over the period — reaching completion in late 2018 and beginning closings in early 2019.

Midtown West, where Hudson Yards developments just began adding to the backlog of unsold condos, and Gramercy Park, where sales have been sluggish in recent developments such as 121 E. 22nd St. and CODA, are also among the neighborhoods lagging in the share of recently completed condos sold, with 55% and 60% sold, respectively.

Many New Units Are Landing on the Rental Market

With new condo arrivals rapidly outpacing the number of New Yorkers who can afford to buy them, many of these homes are appearing on the rental market. Based on the number of unique units listed on StreetEasy, nearly 30% of the condos built since 2013 have since been listed for rent. This suggests that investors compose a large segment of the buyer pool for these units.

Many of the city’s most expensive, high-profile buildings have seen more than half of their units listed for rent on StreetEasy. At 30 Park Place — a Four Seasons-branded residence where units are listed for sale at roughly $4,000 per square foot — more than eighty of the building’s 157 units have been listed for rent. In the nearby 56 Leonard, similarly priced and noted for its Jenga-like architecture, roughly 60% of units have wound up on the rental market.

The trend is hardly limited to Manhattan. In areas like Long Island City and Williamsburg, where much new development consisted of rentals, developers seemed primed to capitalize on pent-up demand for condos. Yet those who bought into many prominent new buildings have wound up competing with the areas’ rental offerings. Some 56% of units in Williamsburg’s Oosten and 44% of units in Long Island City’s Arcadia have appeared for rent on StreetEasy.

The tendency for condos to appear on the rental market points to the large presence of investors in the new condo market. Though evidence suggests that the return on rental income for these purchases is low, many buyers are presumably speculating on their ability to sell the units for higher prices in the future. But this prospect has darkened further in recent months, as prices on many new condos have tumbled downward.

That so many buyers are placing heavy bets on their future ability to sell at a profit raises big questions about the sustainability of the current building boom. How long do buyers plan to hold on to these condos, and what will happen to prices if too many look to sell at once?

While New York City has gone through an impressive economic expansion in the last five years, demand for high-priced condos seems likely to be an early casualty of a potential future recession. If and when that recession comes, buyers of luxury units may elect to park their money in safer assets, or opt for more modest homes — and the same is likely for renters in units costing $10,000 or more per month.

Investors in many buildings have already started to cash in on their purchases. Nearly 1 in 10 of the 12,133 units sold have since been relisted for sale on StreetEasy, but less than 700 resales have been recorded. Gains from resales reflected asking prices: the median annual gain on a unit resold was 6.4%. However, the fact that so many fewer listings sold than were listed suggests that many owners are still holding out for higher gains.

For buyers in newer buildings, the profits earned by buyers in buildings completed a few years earlier are enticing. At the Jefferson in the East Village, 35% of the units sold have since been relisted. Two thirds of those listed have since found buyers, with a handsome median annual gain of 19%.

Nevertheless, betting on the condo market is far from a sure thing. Nearly 20% of resales in all new condo buildings constructed since 2013 were at a loss. At 157 W. 57th St., fewer than half of the 36 units relisted have sold, and the majority of those that did absorbed significant losses: ten sold at a loss, with a median loss of 8% per year.

Units selling below their original purchase price can complicate matters for developers and other would-be sellers by encouraging potential buyers to negotiate lower prices elsewhere in the building. 432 Park Ave. is among the many buildings with both sponsor units and resales listed on StreetEasy. Many of the units resold in the building have since resold at a loss, a phenomena that likely played a role in several sponsor units in the building selling from 10 to 25% below their asking prices.

Despite the growing backlog of unsold new condos units in the city, many more are in the pipeline. Sixty-three buildings with more than 5,617 units have listings on StreetEasy but have yet to wrap up construction. Though it is likely that some of those units have already found buyers, those unsold face a challenging sales environment and stronger competition than their predecessors.

That so many of these buildings have apparently relied on a pool of buyers with a wide range of options in other cities and investment vehicles raises deeper concerns about the sustainability of the city’s condo building boom. With these concerns come some evidence that developers are under sharper pressure than ever: lenders began foreclosure proceedings at 125 Greenwich, and listing data suggests that the sales teams for buildings including One Manhattan Square and 520 W. 28th St. are listing sponsor units for rent.

With investors saturating the market, and more units on the way, New Yorkers can expect this condo hangover to last well into the future. In a perfect world, the gloom may begin to lift when prices on the city’s most glamorous buildings fall enough to tempt local executives, bankers, and lawyers to buy — rather the fickle global investor base to whom many buildings were originally marketed. While this may be a difficult reality for many developers and investors to accept, it seems the most likely outcome of the city’s post-crisis building boom.

We calculated estimates for new condo development across the city using data derived from a variety of sources, including building permit filings and certificate of occupancy filings via the Department of Buildings along with property tax records and sale records via the Department of Finance. We then combined these datasets with our proprietary data on buildings and listings across the five boroughs and conducted an extensive manual review of the data to arrive at a comprehensive estimate of sell-through rates across the city’s ground-up new construction buildings, along with the pace of rental listings for units within those buildings.

Units need not be listed for sale on StreetEasy for inclusion in this dataset, though rental data reflects only units listed for rent on StreetEasy. StreetEasy analyzed sale records from the New York City Department of Finance from 2013 through August 2019 to identify the number of cumulative new units, sales and rentals within completed new development buildings over the period. Total sales numbers reflect first-time sponsor sales only; units sold multiple times are only counted once for the purpose of sales numbers. Similarly, rental figures include only the first time a unique unit was listed on StreetEasy; subsequent rentals of the same unit are excluded.
—
Inspired to find your next place in New York? Whether you’re looking to rent or to buy, search NYC apartments on StreetEasy.

Ace Your Co-op Board Interview: A How-To Guide

Should You Rent or Buy in NYC? Find Your Tipping Point