The Material Girl is striking back — at her Central Park West co-op board. The New York Daily News reports that Madonna filed a lawsuit last week against the board at Harperley Hall, the building a 1 W. 64th Street where she has owned an apartment since 2008. 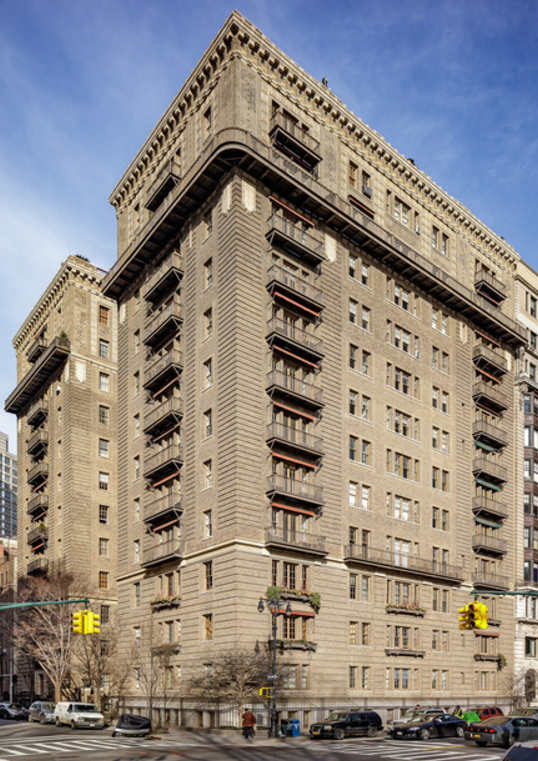 Amidst meltdowns during concert stops in Australia and international custody feud over her estranged teenage son, the 57-year-old pop star has taken up her cause against Harperley Hall bigwigs. The co-op has changed the rules since she signed on for her apartment, claiming that guests, children and employees are not eligible to stay at the unit unless she’s in the house. Madonna claims the new rules don’t apply to her, since the rules weren’t in place when she bought the unit.

> See Pros and Cons Between Condos, Co-ops, and Condops

The guts of the suit center around this contention: “Plaintiff is desirous of having her daughters, sons and/or maid and/or governess and/or caretaker reside in Unit 7A, whether or not Plaintiff is physically present in Unit 7A  … Plaintiff is a world renowned recording artist, performer and singer who is constantly on world tours. As such, Plaintiff owns many residences around the world and travels extensively worldwide.”

This isn’t the first time Madonna has been in hot water at the stately UWS building. She was forced to sell her duplex there in 2013 for $19.9 million after neighbors complained about the pulsating music and commotion. Madonna — who had owned the duplex dating back to her married life with Sean Penn — turned the apartment into a dance, workout and party studio, giving the prewar plaster a run for its money.

While things have gotten a little tough and testy for Madonna, she can still take solace in the 57-foot wide Georgian townhouse she owns at 152 E. 81st Street.

Meanwhile, another longtime mainstay of NYC art and real estate history, Andy Warhol, has made news again. The famous firehouse at 159 E. 87th Street where the influential artist and pop-culture creationist kicked off his most productive years has come up for sale. According to 6sqft, the building is listed for sale for $9.975 million.

The nearly 5,000-square-foot firehouse listing is exclusive to Cushman & Wakefield, which calls the development opportunity unique, since it is a “blank canvas” with history. There’s little doubt on that score. Last year, the original lease Warhol signed for the fire station was sold by Sotheby’s for $13,750:

“The existing structure is an approximately 4,998 SF two story commercial building with a curb cut that is currently being used for art storage. It sits on a 25.5’ wide lot that is split zoned between C1-8X and C1-7 zones.

Situated in the Carnegie Hill neighborhood of the Upper East Side, the site is within two blocks of the highly trafficked 86th Street Subway Station and in close proximity to revered NYC institutions such as the Guggenheim Museum and the Metropolitan Museum of Art. Originally constructed as a firehouse, in the early 1960’s the existing structure was occupied by pop art icon Andy Warhol as his first NYC studio.

This is a unique opportunity that offers a developer a blank canvass to create boutique condominiums, a mixed-use rental or a luxury townhouse on a site that is both rich in history and conveniently located for transportation.”

Warhol rented the firehouse from the city three years after he bought a townhouse at 1342 Lexington Avenue near 89th Street, where the Pittsburgh prodigy moved in with his beloved mother in 1959. That townhouse — which sold last year after being listed for $8.75 million — quickly became too cluttered with canvasses and art paraphernalia, so Warhol seized on the firehouse for his first NYC “Factory” studio.