Solar Eclipse 2017: How to Enjoy It From NYC 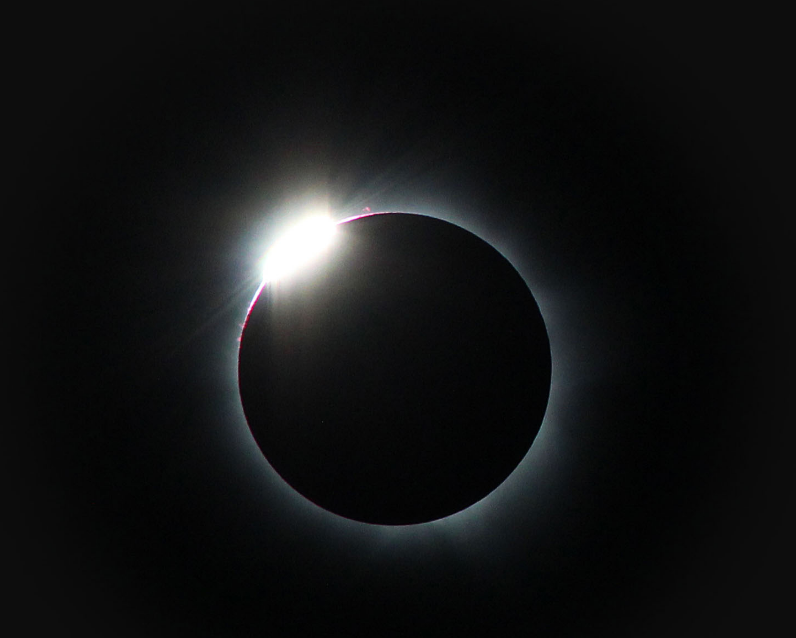 Update: Here are some helpful notes to improve your eclipse-watching experience, wherever it may take place:

Original post: The summer of 2017 brings a rare and much anticipated event for astronomy nerds, star gazers and eclipse chasers across America — a total, coast-to-coast solar eclipse. The celestial event will go down on Aug. 21, 2017, and will be the first of its kind in nearly 100 years. The last total, coast-to-coast solar eclipse occurred on June 8, 1918. The next one won’t happen until 2045, and who knows if America will even exist at that point? All of which is to say, you’d better not miss it.

The event causing all the fanfare is a total eclipse, which means that for over two minutes, the sun will disappear entirely behind the moon as the moon passes in front of it. The path where the moon completely covers the sun — called the “Path of Totality” — will stretch from Oregon all across the continental U.S. in a gentle southbound swoop to South Carolina. See the map below. 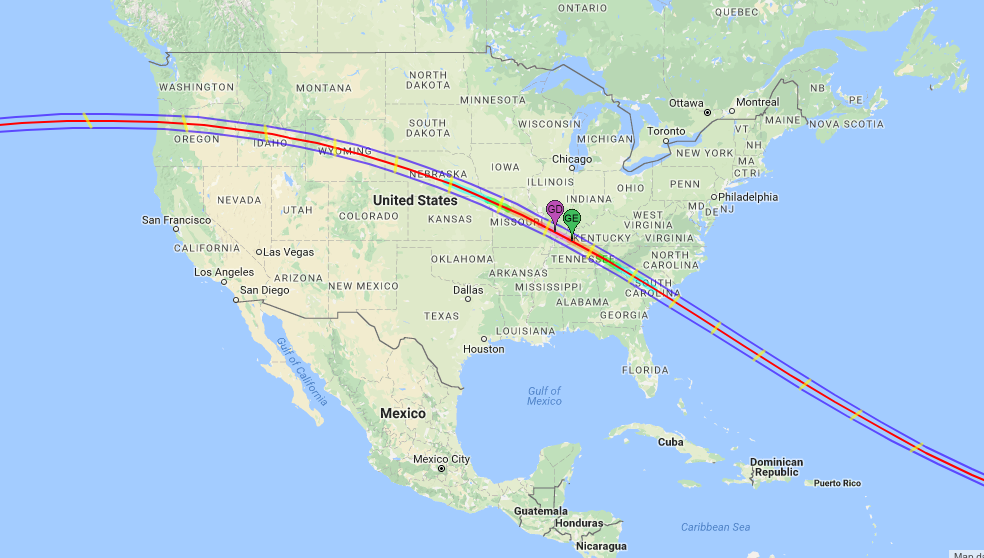 The path of the eclipse will move from Oregon through the Rockies into the Central Plains, Midwest and Mid-Atlantic. The icons indicate the eclipse’s epicenter and the locations where it will last the longest. (Source: NASA)

Those in the Path of Totality will witness an incredible occurrence that has garnered a whole lot of excitement across the nation. Whether you’re viewing within the Path or outside of it, here’s what to expect.

Total Solar Eclipse: What You Will See

Viewers in the Path of Totality will witness the moon blocking out the light of the sun. Because of the strange coincidence that the sun and moon appear essentially the same size from Earth, only the sun’s outer atmosphere, the corona, will be visible. The corona will ring the moon and send jets of twisting light radiating out into the sky around it. As the moon passes before the sun, the areas in the Path of Totality will become dark, taking on the feel of night. Temperatures may drop as much as 10 degrees, and flora and fauna may assume their nocturnal habits (i.e., flowers closing and birds going to roost).

Regardless of whether you’re in the Path of Totality or not, (looking at you, NYC), you’ll still get to experience the eclipse … just not the complete eclipse. Sure, partial eclipses are admittedly less cool than total eclipses, but you’ll still witness the moon blocking out part of the sun. In New York City, you can expect to see the moon partially covering the sun, but you will not experience the complete nighttime effect that occurs in the Path of Totality.

What This Means for NYC

Looking at the map above, you can tell NYC isn’t too close to the epicenter of the total eclipse, much less the Path of Totality. In fact, it’s about 200 miles north of Carbondale, IL, where the eclipse will last the longest at 2 minutes and 41 seconds. What we will experience in New York is about 75 percent of the total eclipse — something like a hanging crescent moon (see here for a visual). We should see the moon begin to pass before the sun around 1:23 p.m., reach its climax of 75 percent coverage at 2:44 p.m. and then pass completely by the sun at 4 p.m.

Tips for Viewing the Solar Eclipse in NYC

Google has created this really cool tool to preview what the eclipse will look like from your viewing location. Just enter the address where you plan to watch, and you can see an interactive time-lapse of the viewing experience.

Even if the solar eclipse experience in NYC will not be as momentous as in Carbondale, Casper, WY, Nashville, TN, or the other major destinations, it surely will not go unobserved. The American Museum of Natural History will host a viewing of NASA’s live broadcast of the event in its Hayden Planetarium. Go check it out — even if you don’t see the total eclipse, chances are you might get a sighting of Neil deGrasse Tyson, which would be pretty cool, too.

Here are some additional events and places to watch the solar eclipse.

Although there is no official eclipse viewing event at Greenwood Cemetery, it’s a solid viewing option for several reasons. First, it’s one of the highest locations in Brooklyn affording great views of the Manhattan skyline and harbor. Second, it’s a hub for local birding activity so it will be a good place to witness the impact the eclipse has on wildlife. Third, experiencing the eclipse in a graveyard will be all the more eerie!

The Jamaica Bay Wildlife Refuge spans 20 miles of marshland across southeastern Queens and is one of the best places to observe birds in the City. Home to over 332 species, the refuge will serve as an excellent site to watch the eclipse and take note of its effect on birdlife.

The Washington Avenue branch of the BPL will host a viewing party on the afternoon of the 21st. There will be experiments and activities from 1:30 pm – 4:00 pm on the street outside the library and free safety glasses given away.

The Pelham Bay branch of the NYPL will be hosting a viewing party. It’s unclear what makes this branch a standout viewing destination, but free eclipse viewing glasses will be provided.

Another Bronx branch of the NYPL will be hosting a viewing party. Festivities include solar eclipse activities and crafts and, of course, eclipse viewing safety glasses.