If Tommy Hilfiger knows one thing, he knows timing. As first reported by the Wall Street Journal, the celebrated fashion designer is choosing New York Fashion Week 2017 to unveil his latest statement: an impeccably designed penthouse atop the Plaza Hotel, listed for $50 million.

Perhaps Hilfiger’s apartment at 1 Central Park South #1809 is not an original, but it is a beauty. Hilfiger has listed the apartment several times before, starting in 2008 at $50 million, then jumping to $80 million in 2013 after a massive renovation, then falling back to $58.9 million in 2016. Each time, no takers. Perhaps the price cut and Fashion Week timing will get some movers and shakers to leap at the chance. 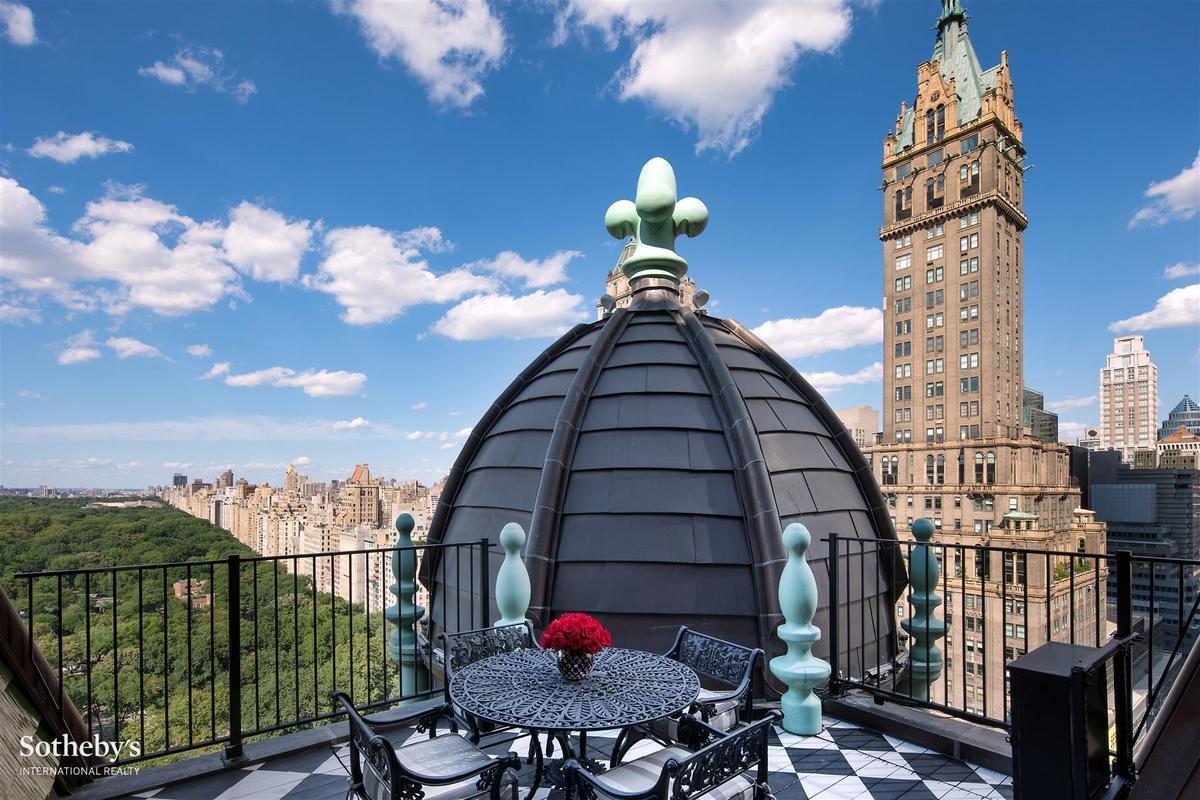 A $50 million view of Central Park from Hilfiger’s spectacular terrace. 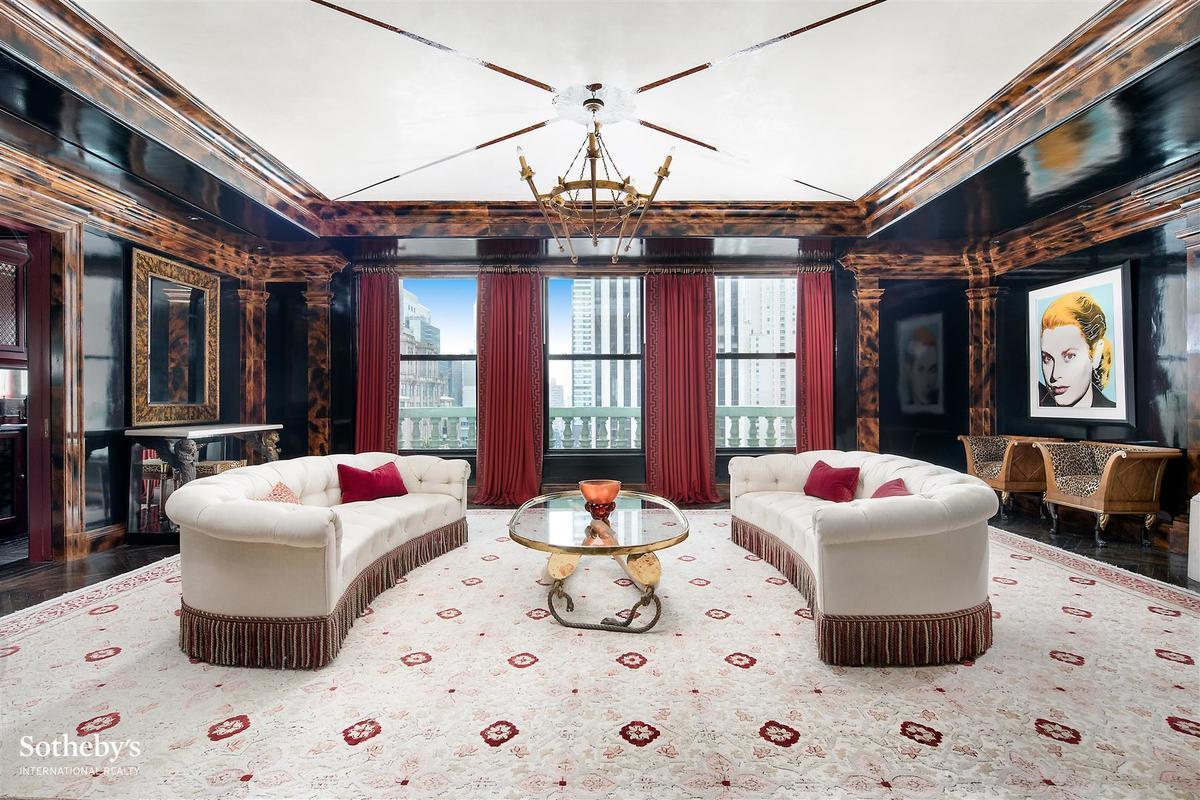 Yup, that’s a Warhol of the late Grace Kelly… 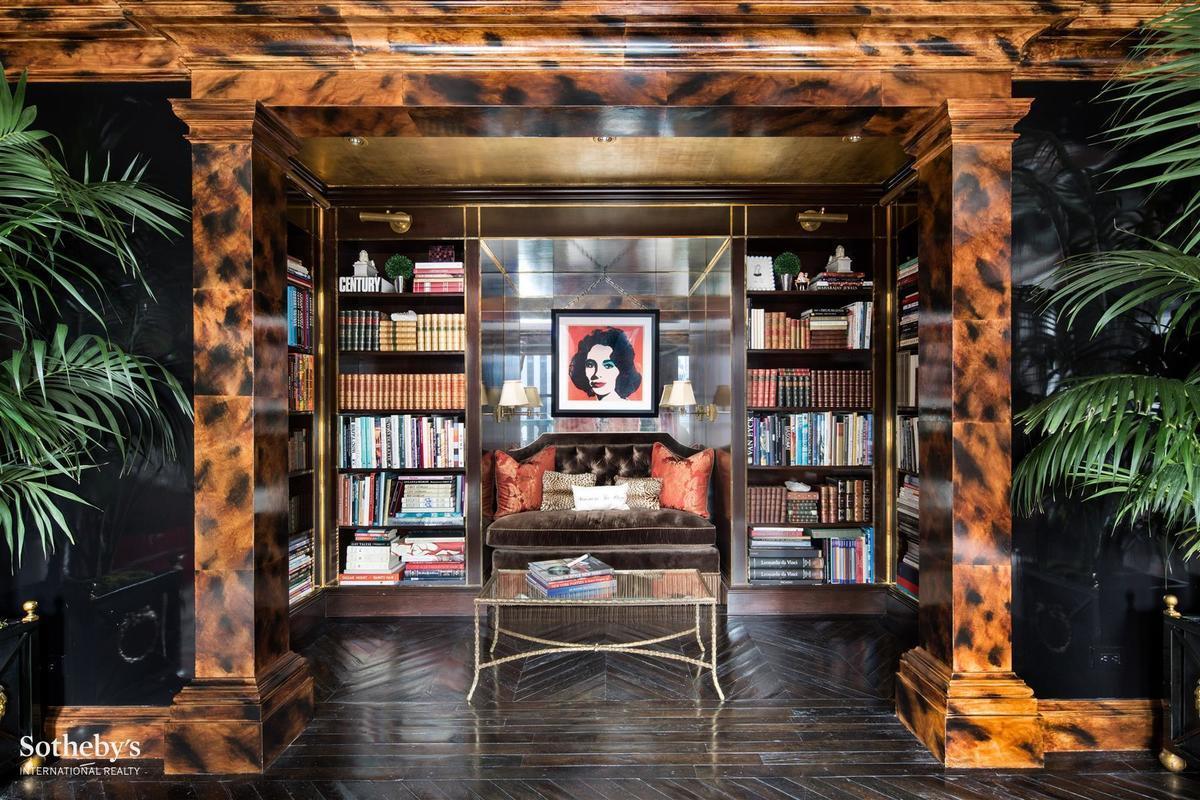 … And a young Elizabeth Taylor in a reading nook. 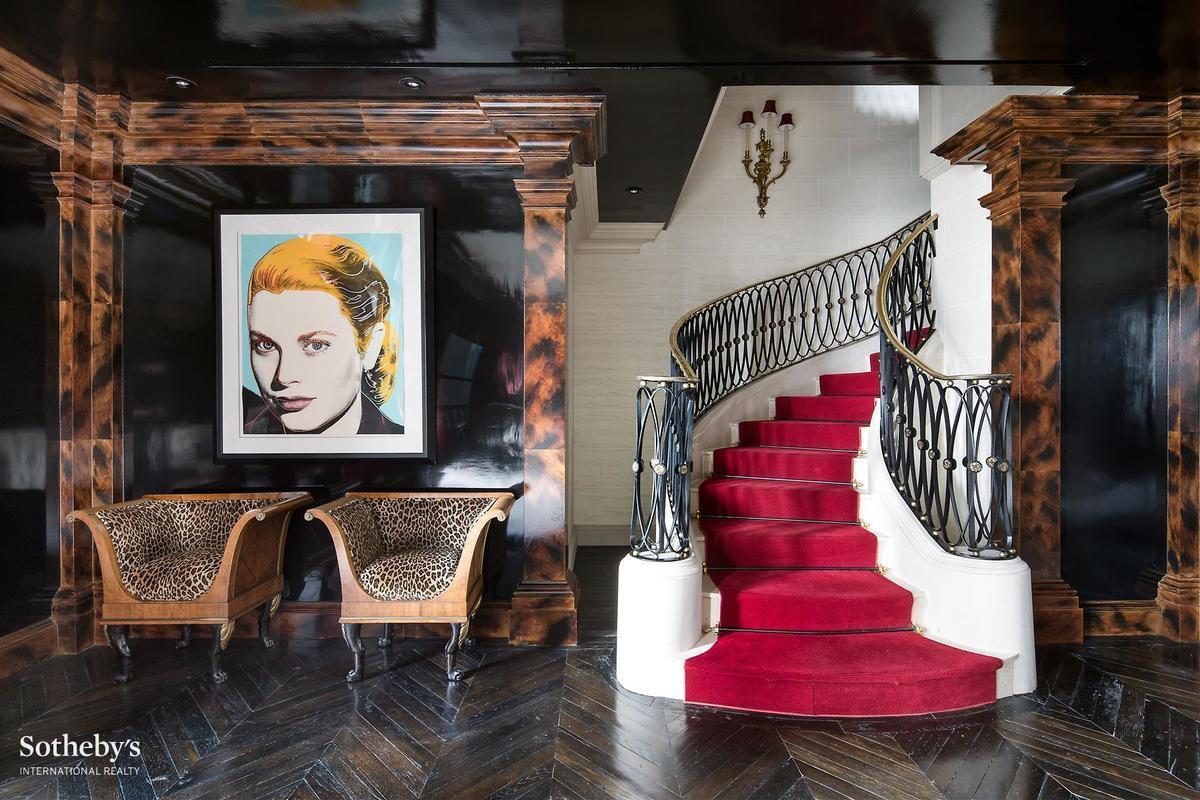 The portrait of Grace Kelly reportedly reminds Hilfiger of his wife, Dee Ocleppo. 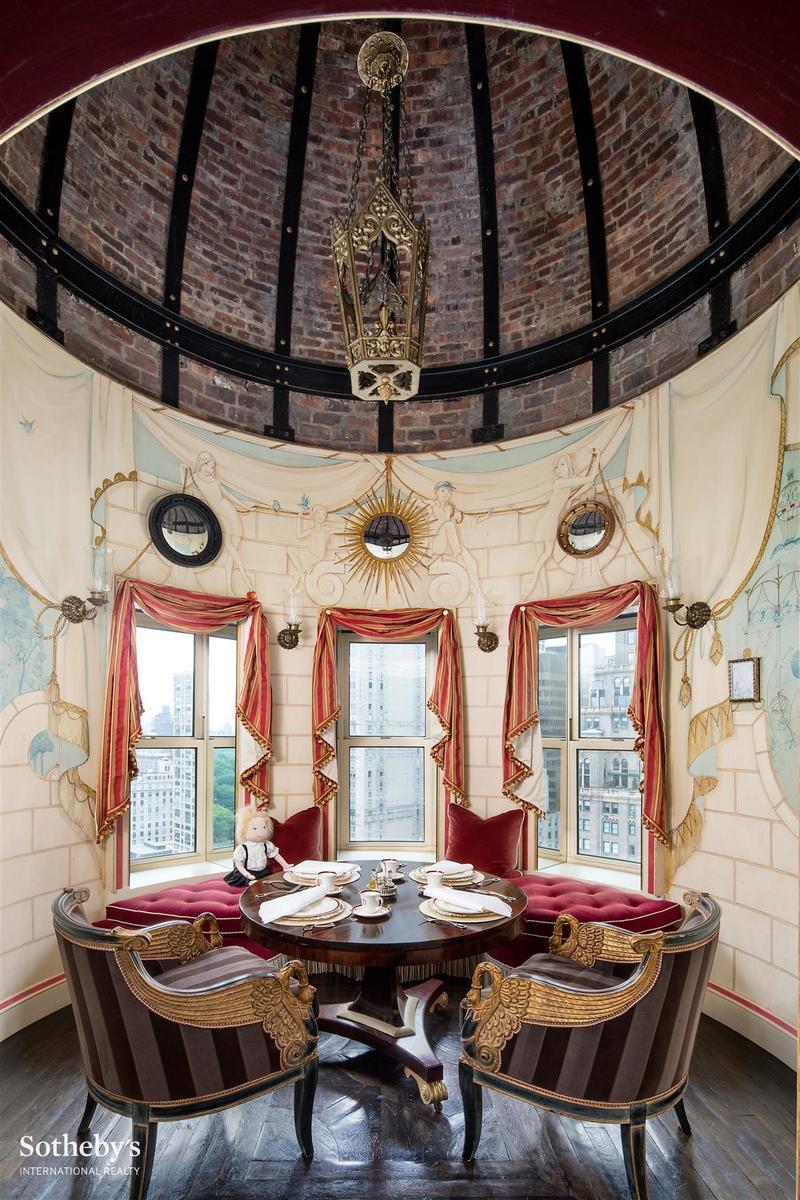 The Dome Tea Room features a hand-painted mural by Hilary Knight, illustrator of the famous “Eloise” children’s books (in which, of course, Eloise lives at the Plaza). 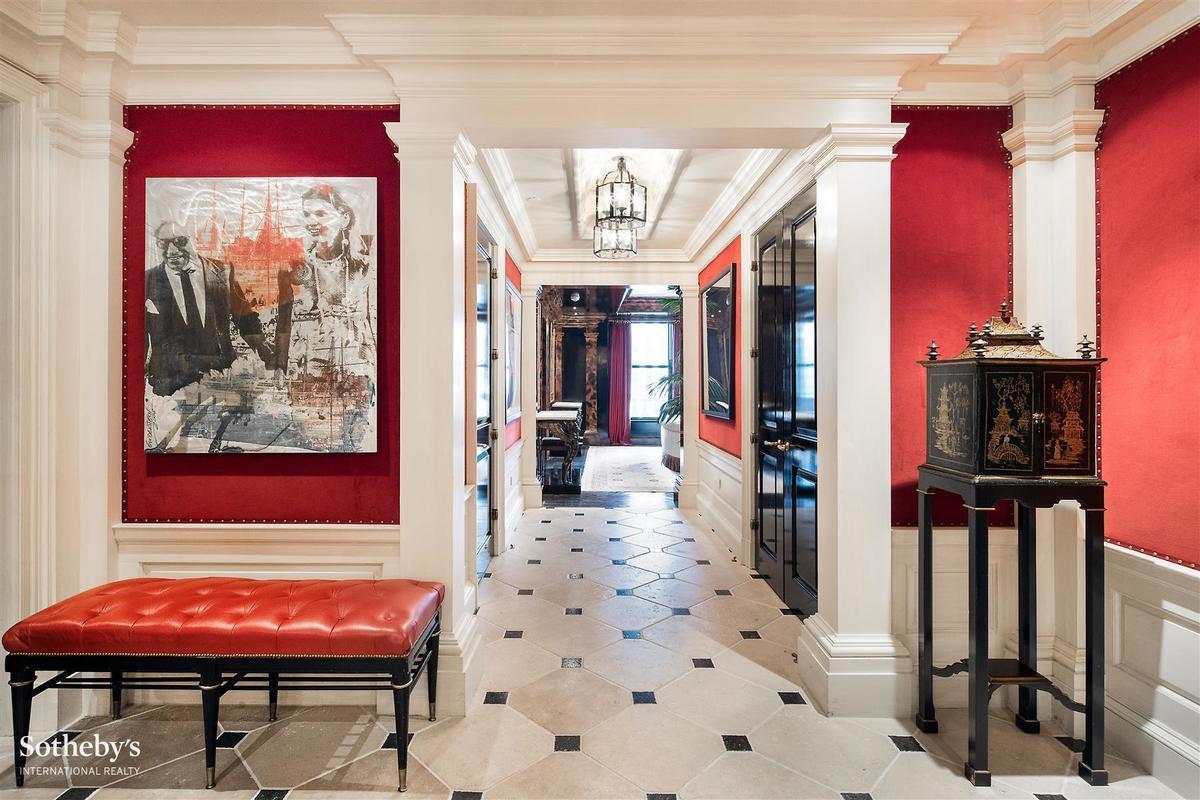 Hilfiger’s favorite people are all around, including Aristotle and Jackie Onassis. 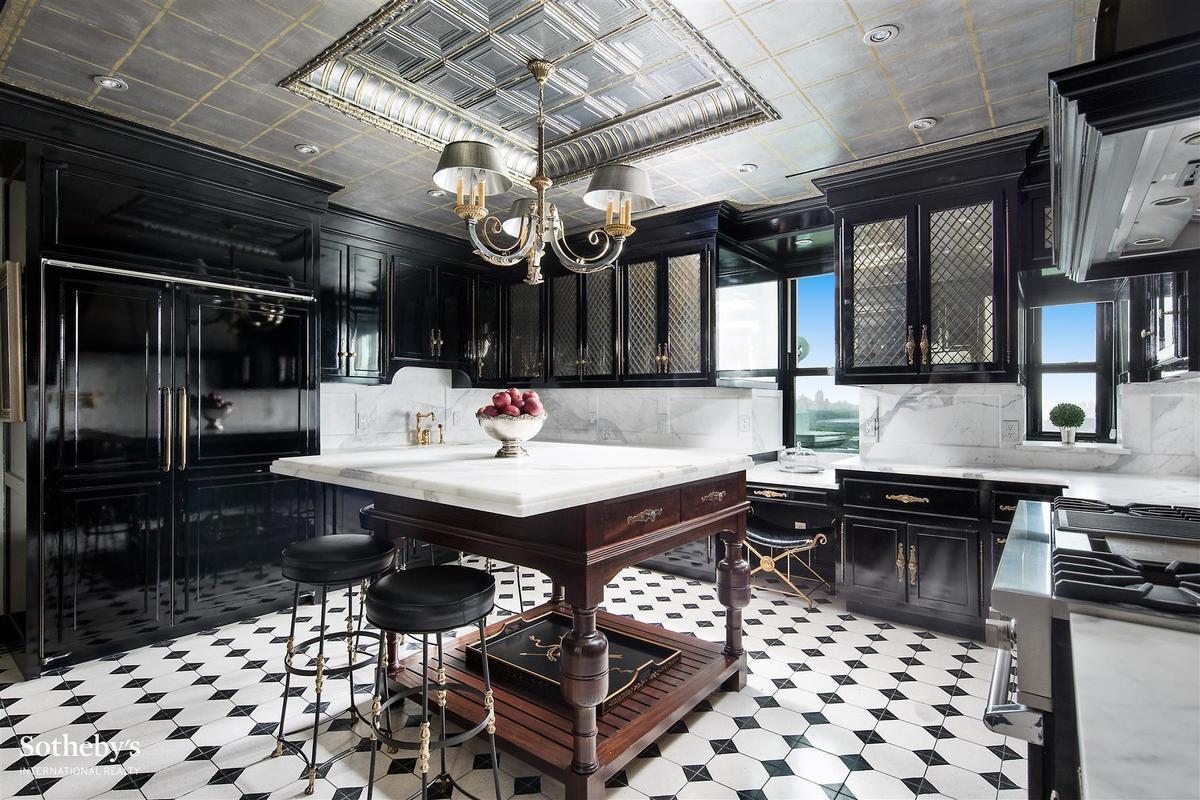 No details have been spared. 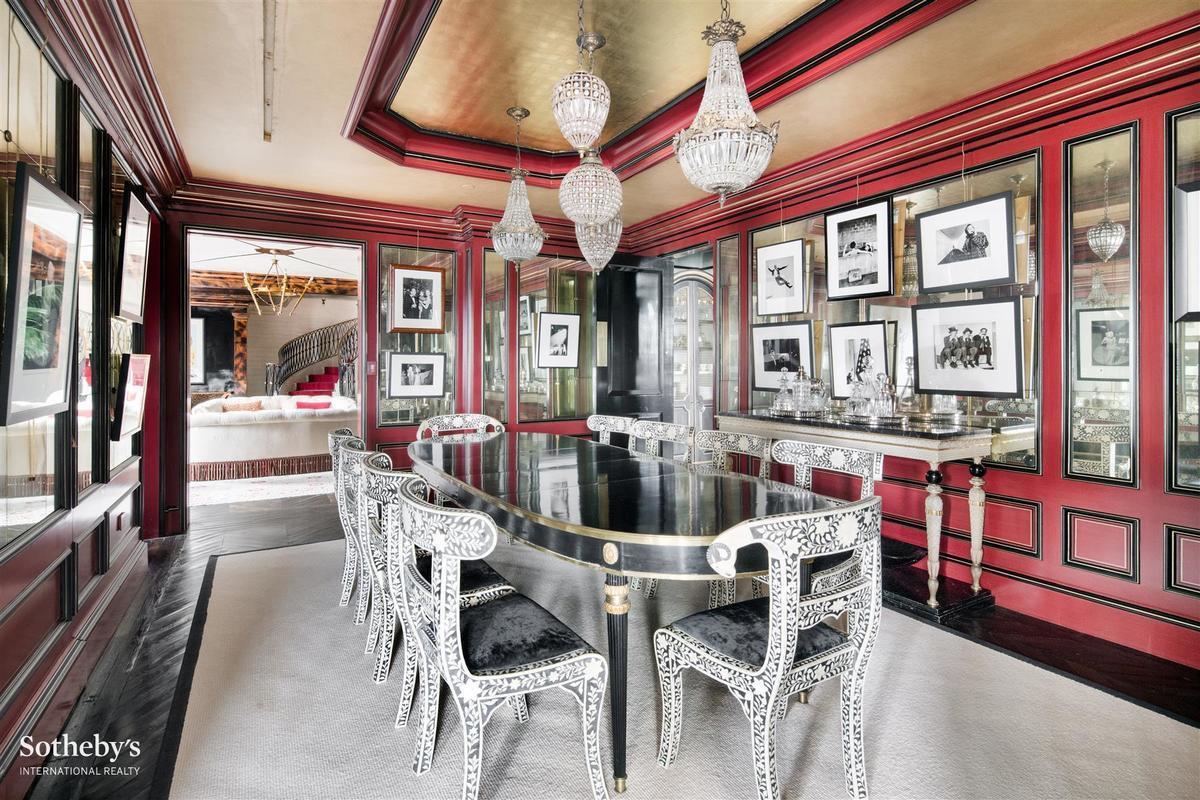 The mirrored dining room and glass chandeliers puts opulence over the top. 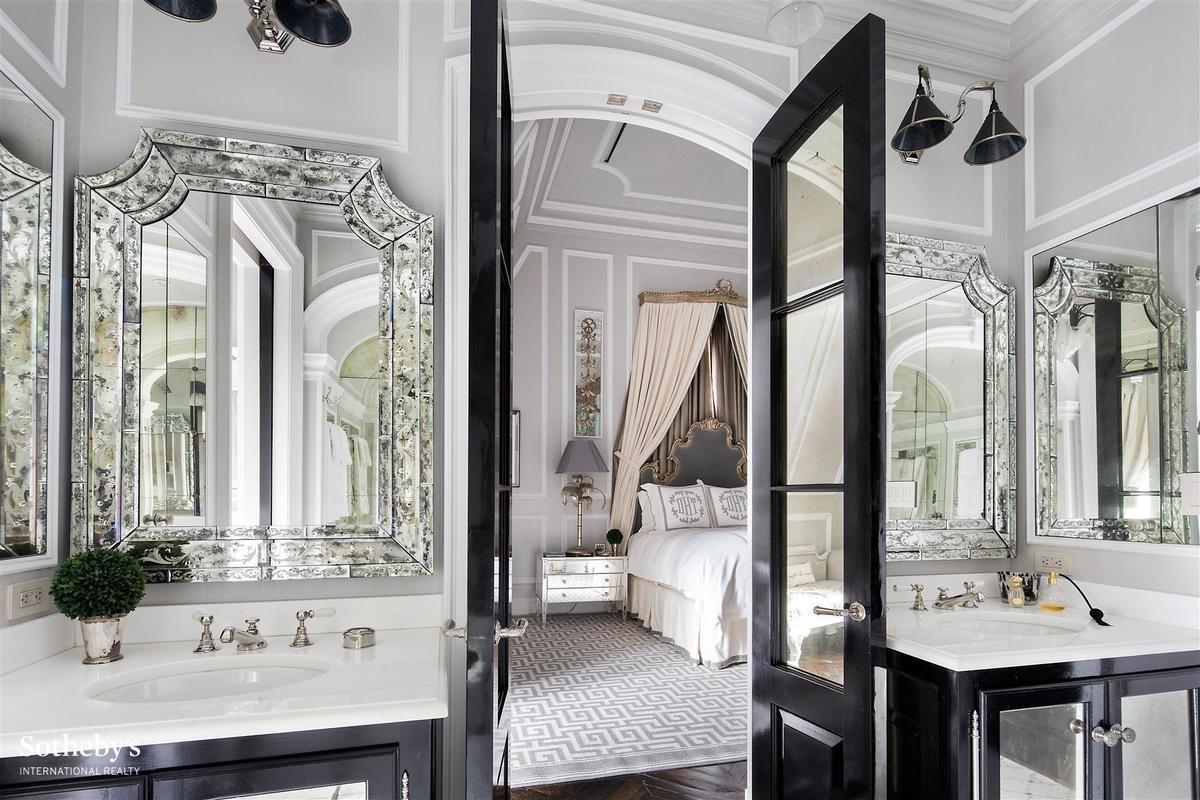 His and her sinks in the master bath. 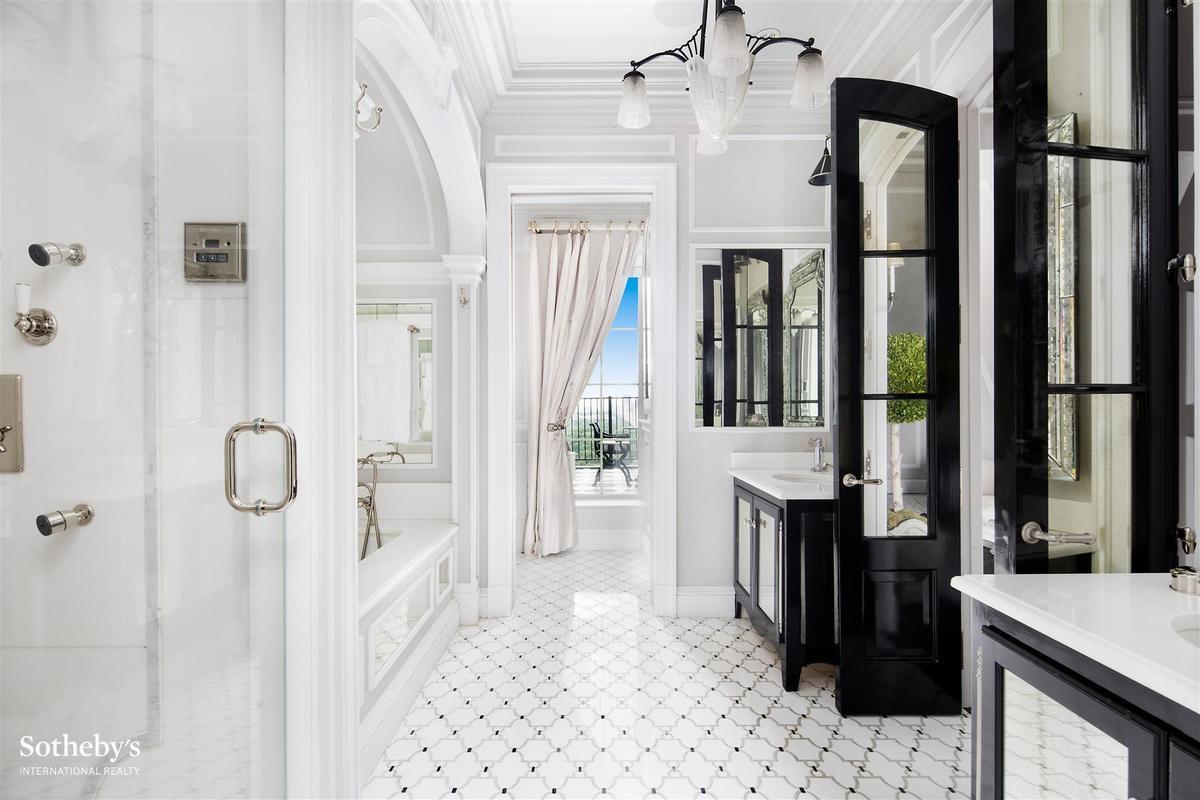 The master bath is spa-inspired. 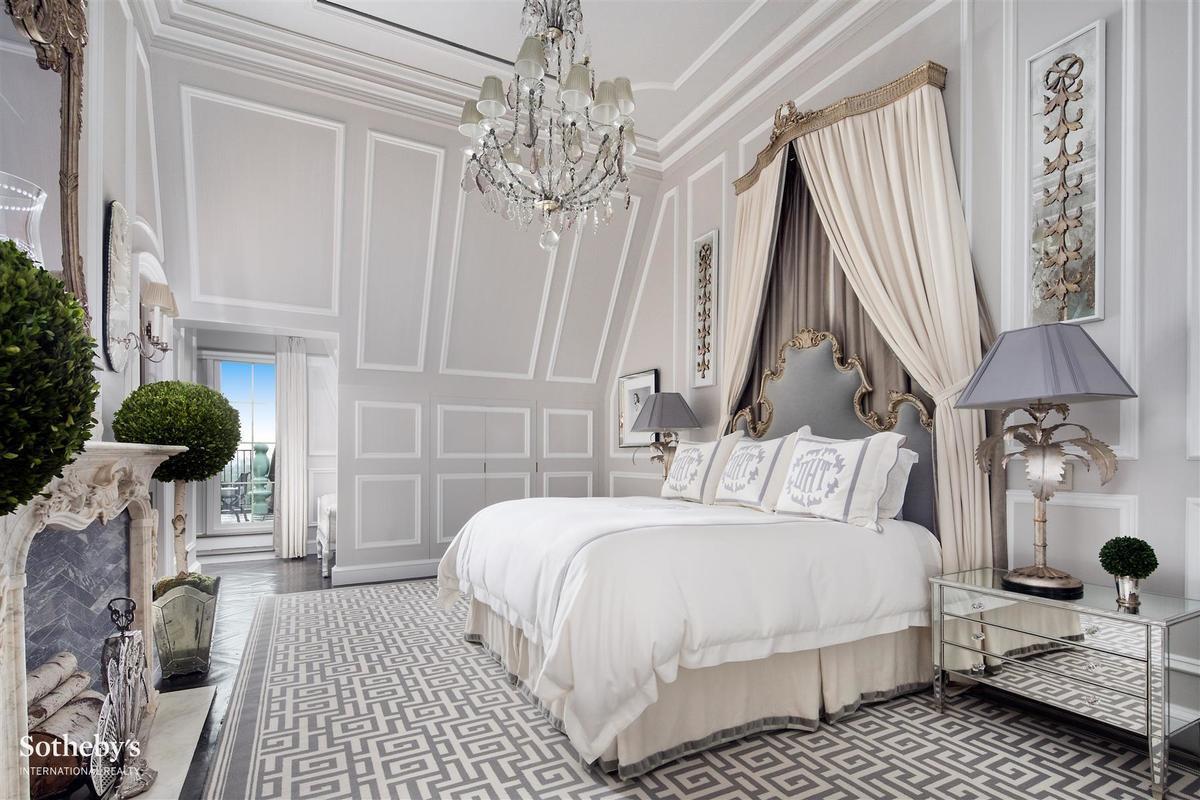 The fireplace is merely decorative, but that’s OK. 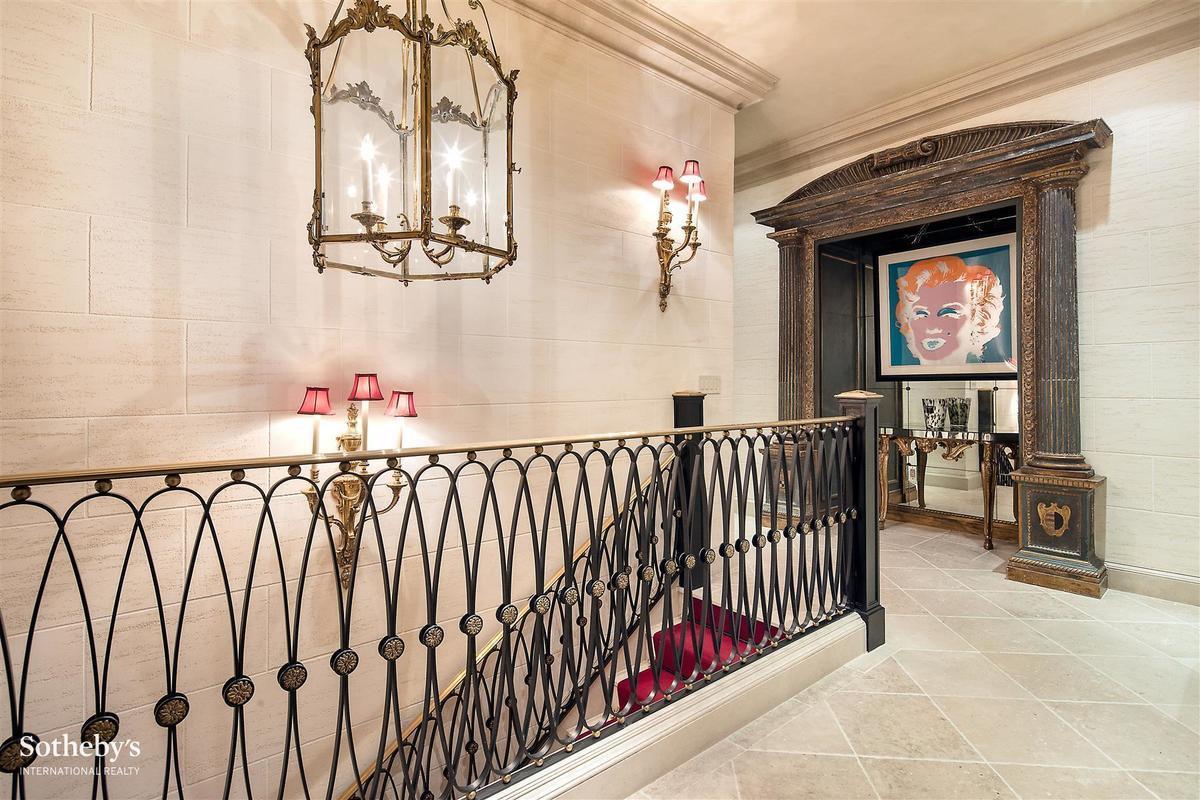 A Warhol of Marilyn Monroe keeps sentry at the top of the stairs. 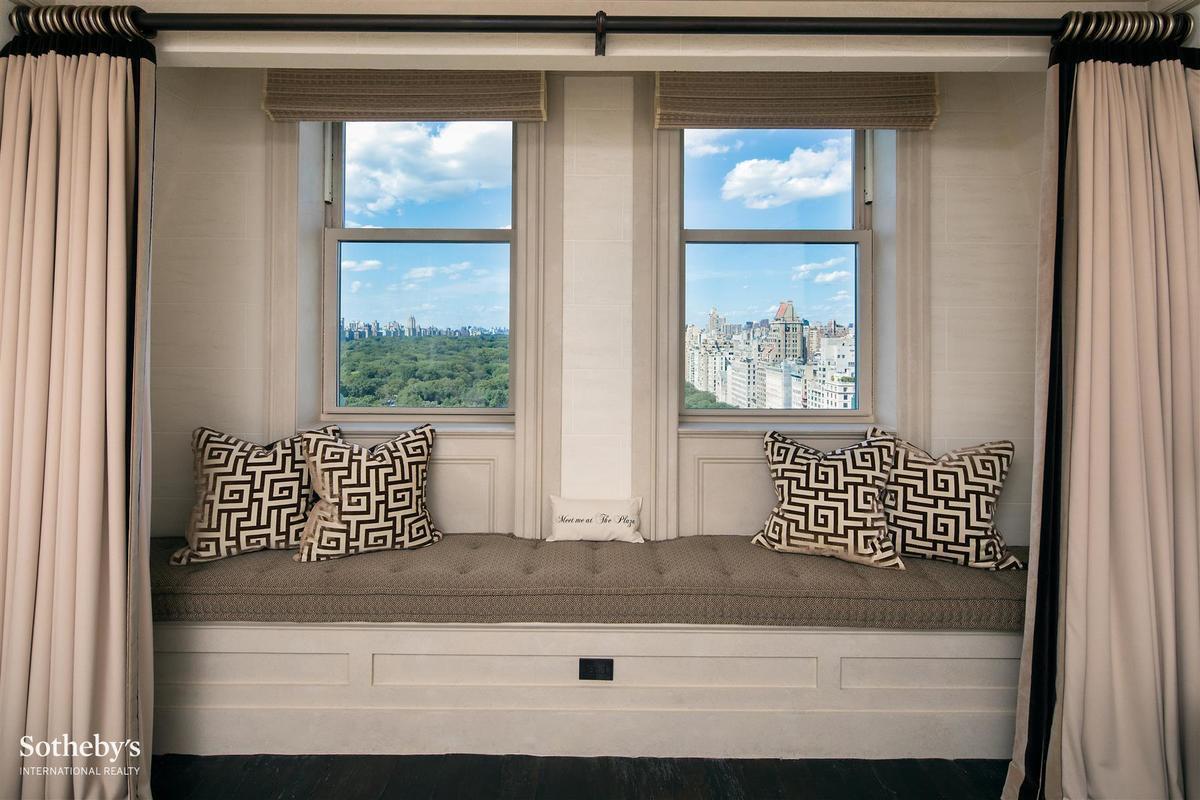 The window seat has one of the best views in the house. 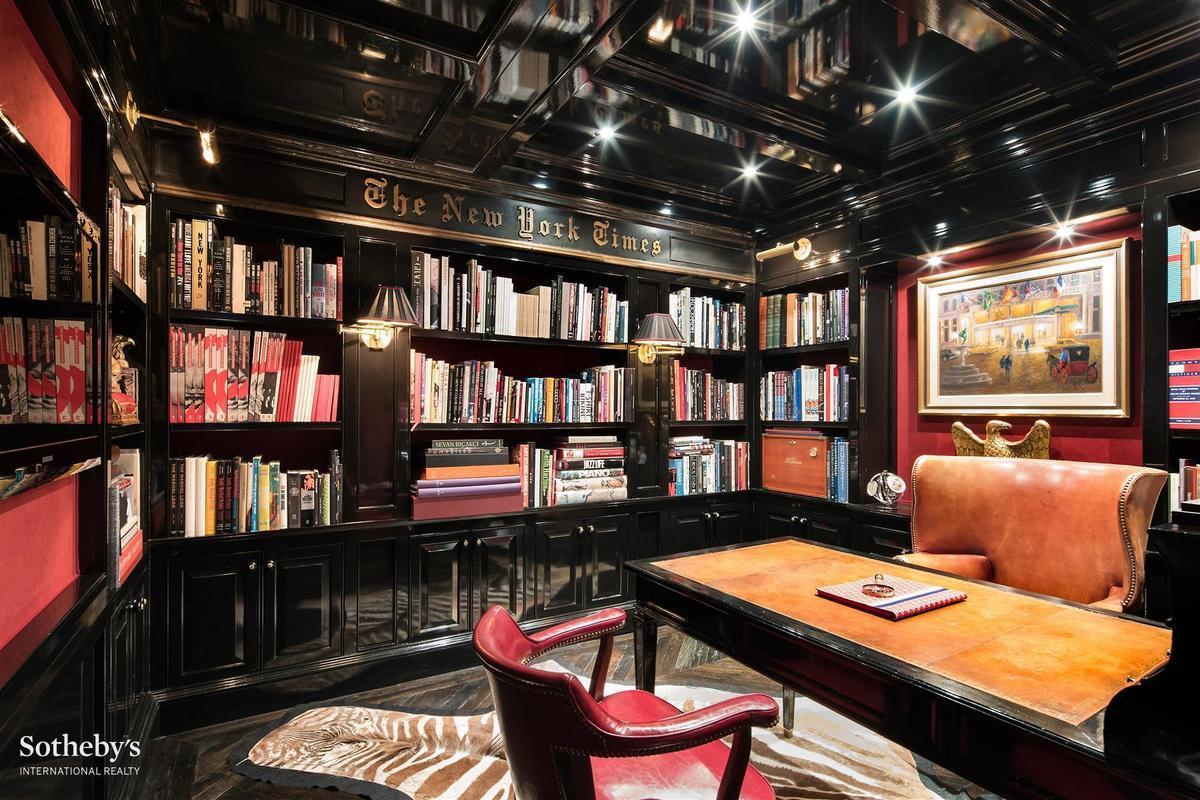 Take in some serious reading under the banner of The New York Times. 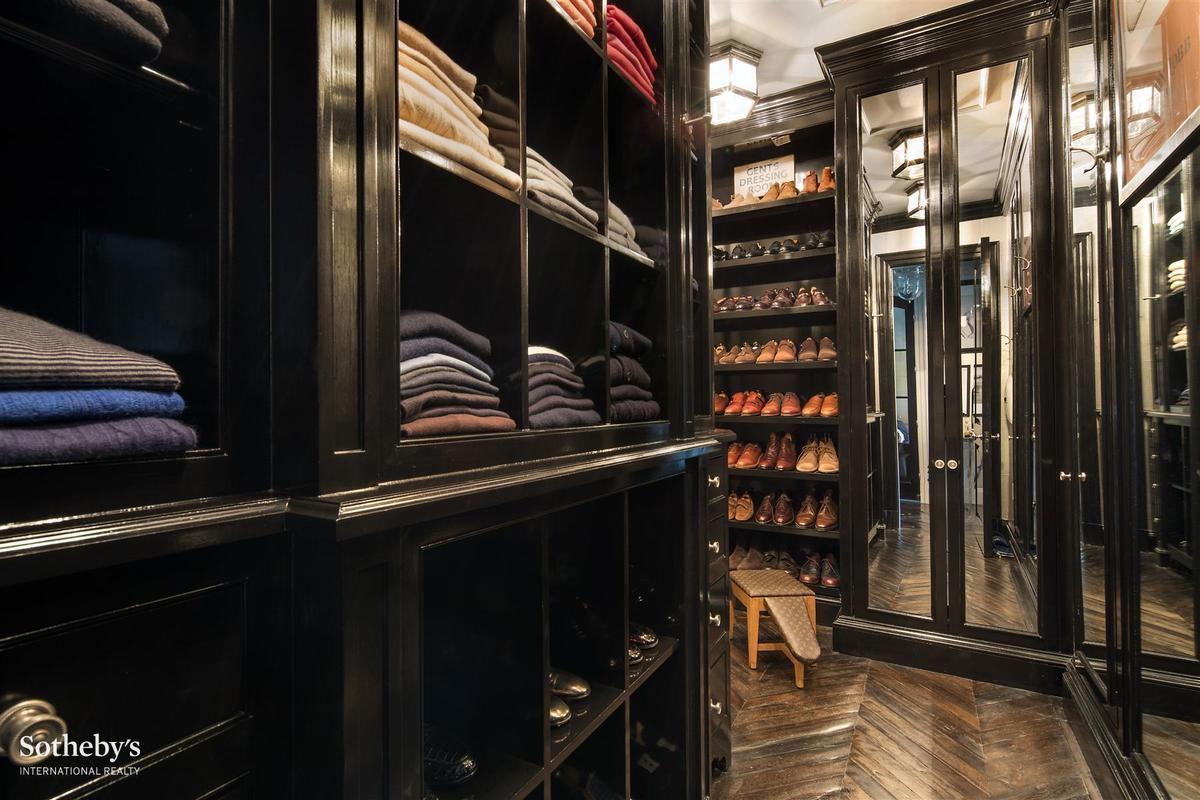 Would you expect a closet any less worthy for Tommy Hilfiger? 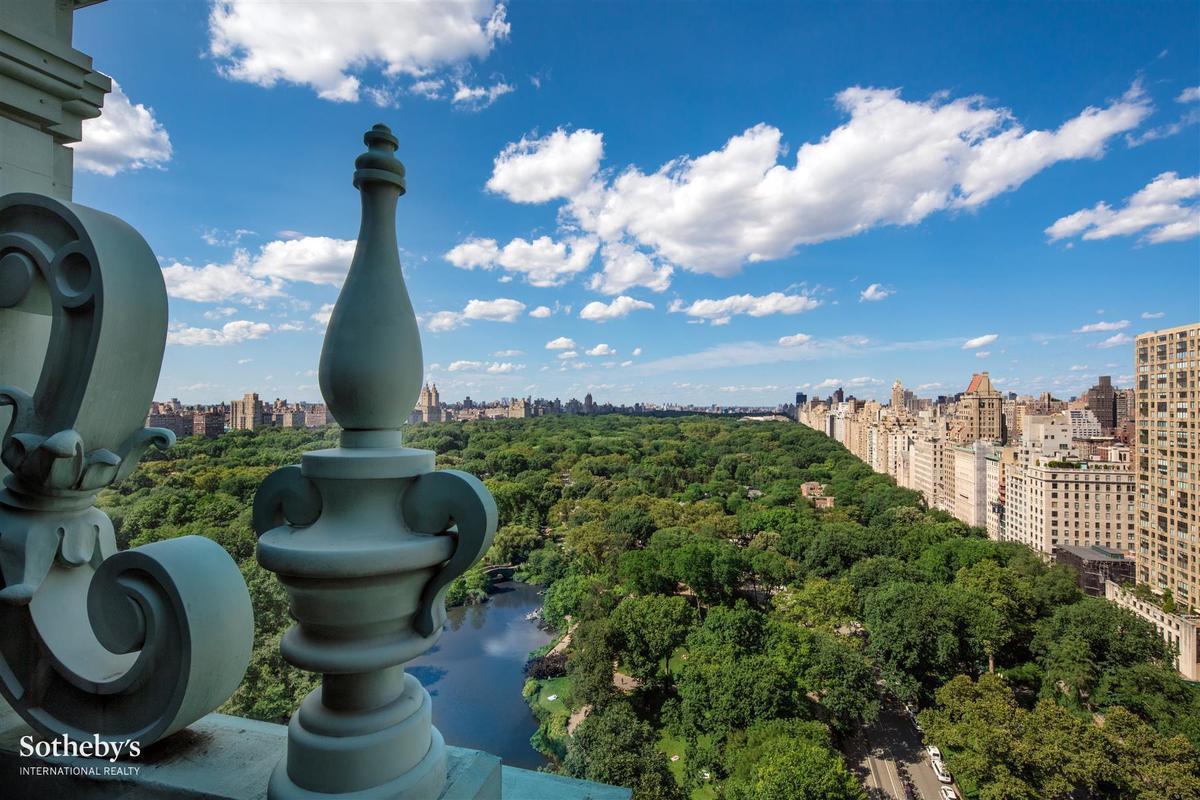 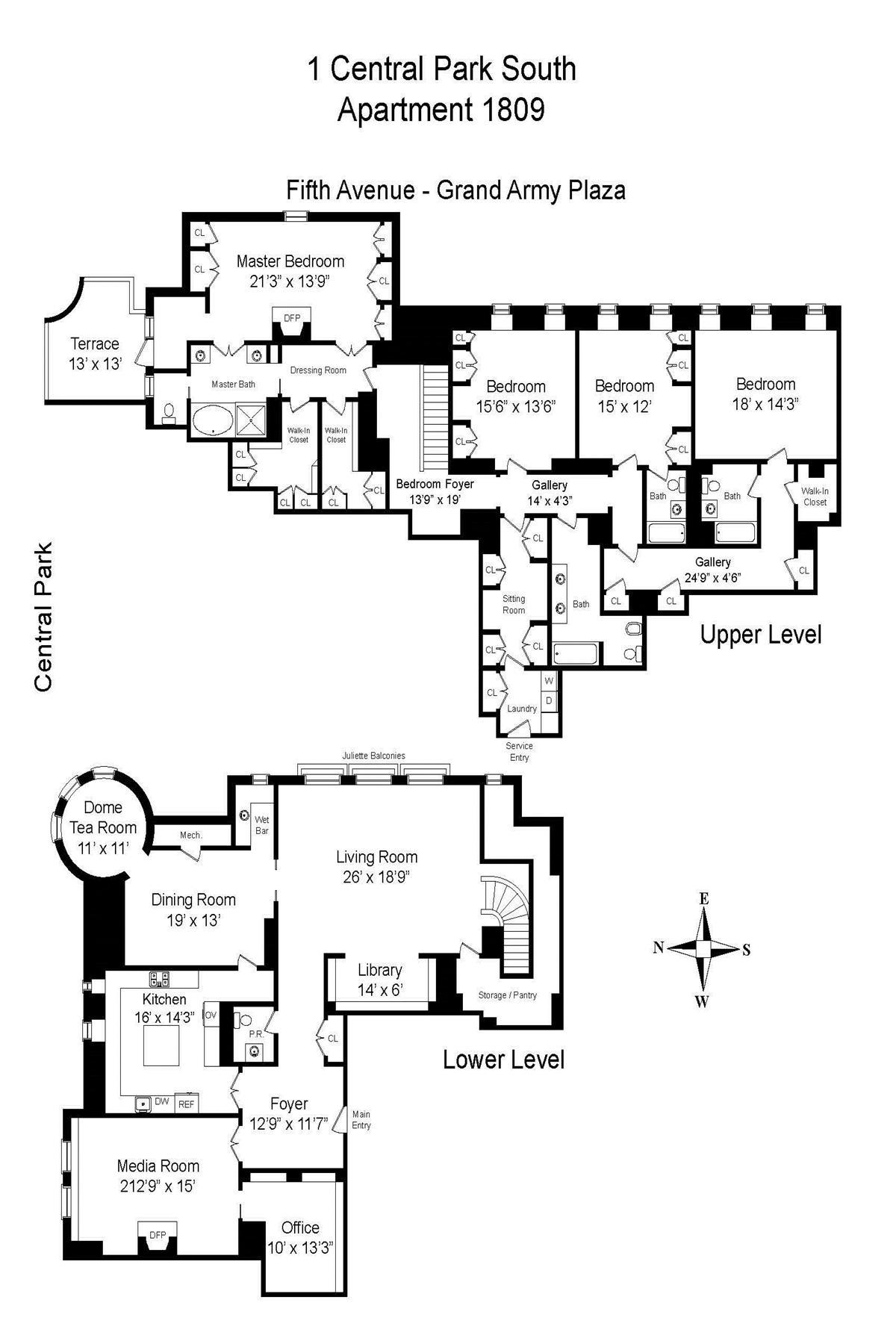