Talk about an end-of-season discount. Even at The Plaza. 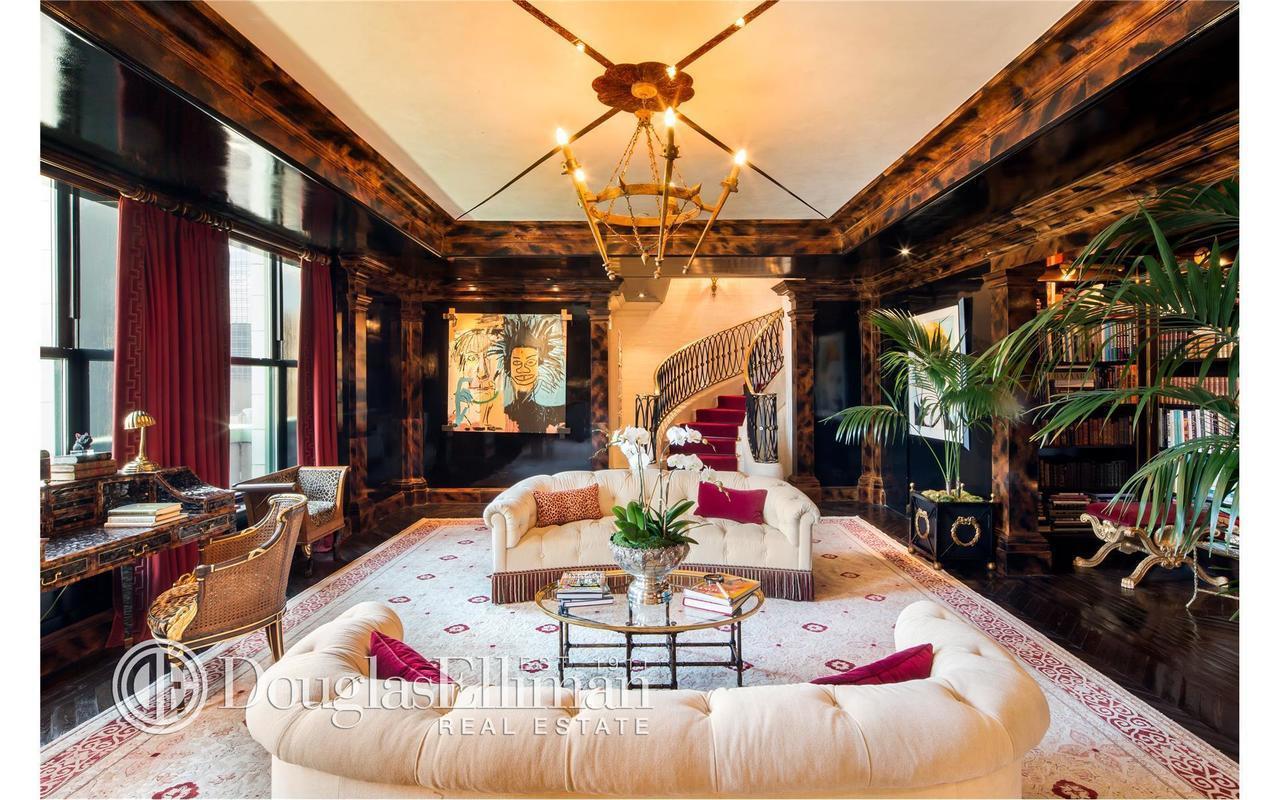 The palatial and heavily black-lacquered 1 Central Park South residence of fashion icon Tommy Hilfiger has come back on the market after a three-month hiatus with a red-tag price drop. The combined condo that Hilfiger and his wife created from two units amd then decorated to the hilt with a big nod to Old World sensibilities is now listed for $58.9 million. 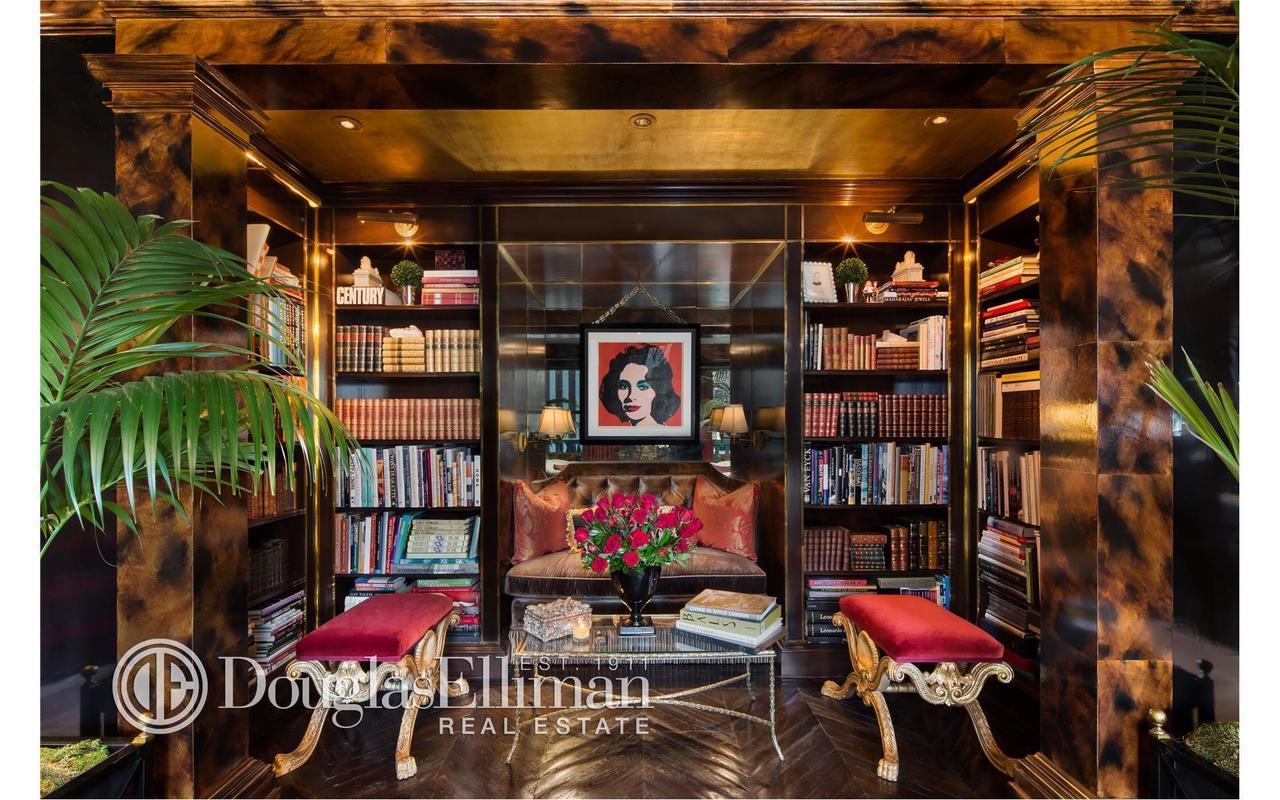 The 5,664-square-foot residence had originally been listed at $80 million in 2013, but after several price drops (it had last been featured at $68.95 million when the listing was removed the past July), it is making headlines again. 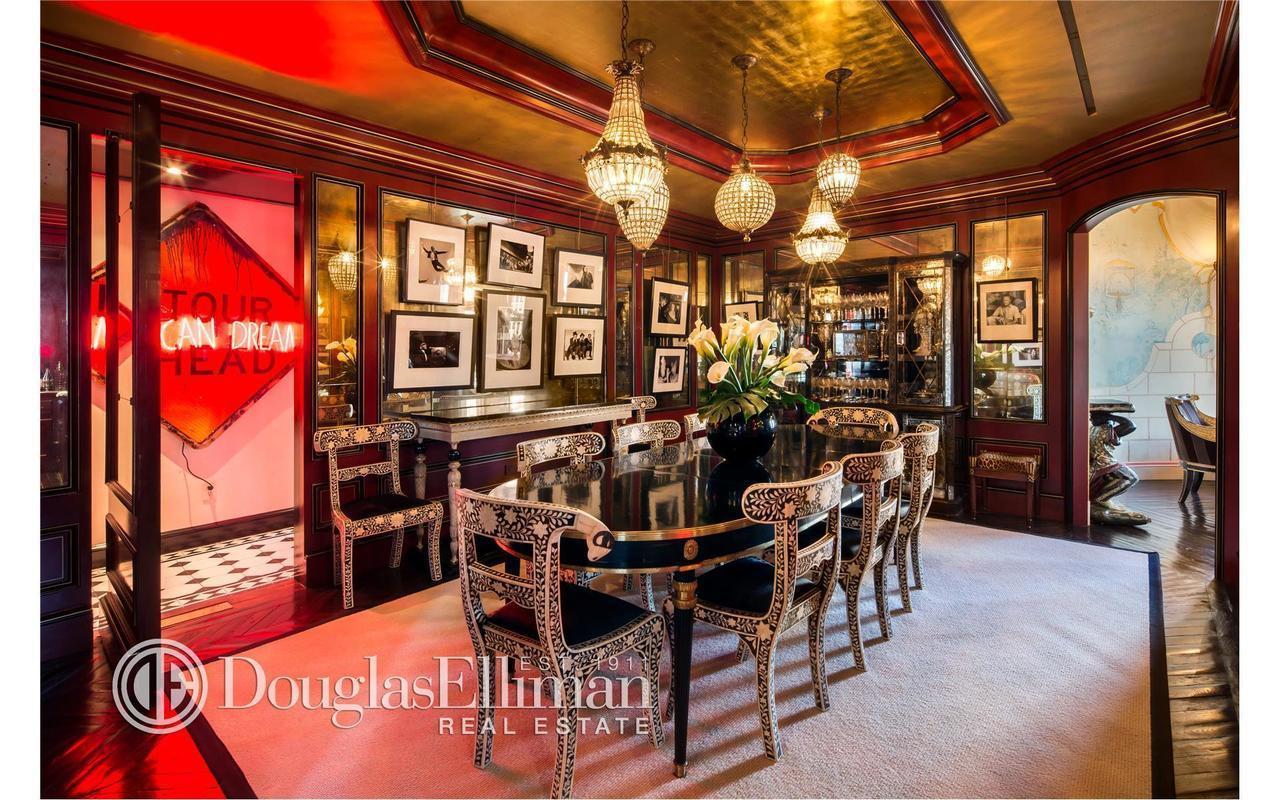 According to the Wall Street Journal, one of the main reasons why the unique condo has not sold is because of its terribly “personalized decor.” Hilfiger told the paper that he and his wife deliberately sought to reflect the French Renaissance nature of The Plaza, which was built in 1907. 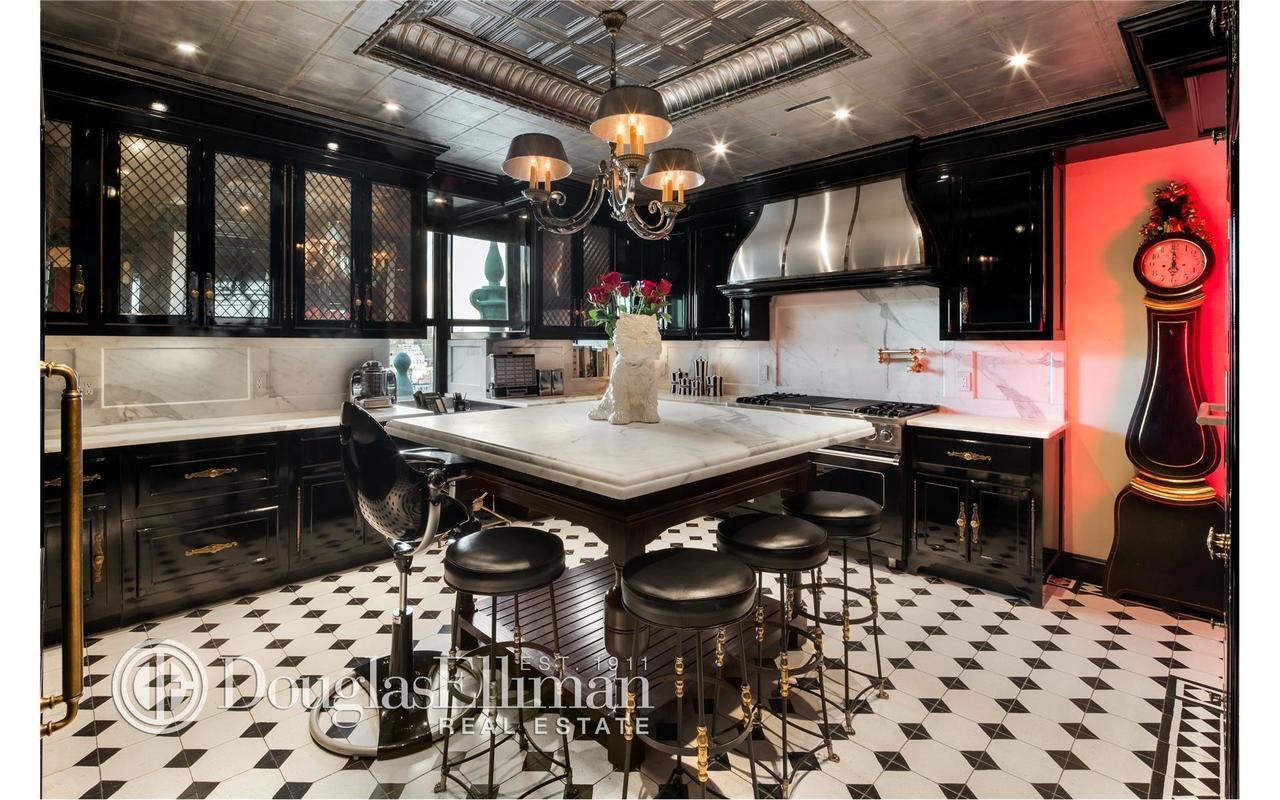 To that extent, the designer known for clean, bold American lines and who relies on fairly strict monochromatic use of color in his clothes, has fashioned an apartment that is all about bravado. The interior walls in the living areas are black and gold lacquer and the accoutrements range from Oriental rugs, neon signs and paintings from modern masters like Andy Warhol and Jean-Michel Basquiat. 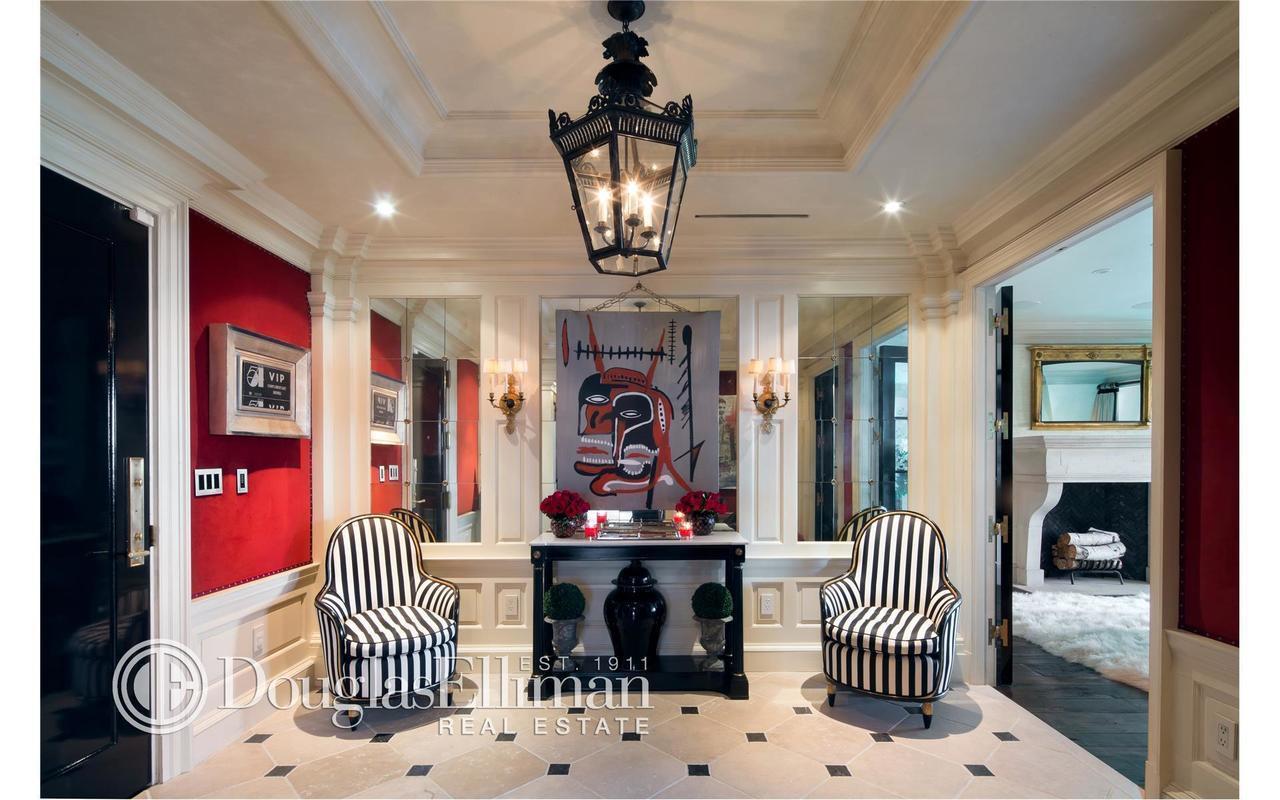 The upper floor of the duplex unit contains 4 bedrooms. The master is more traditional with glossy white trim while the guest bedroom again shows a penchant for black lacquer and the two kids’ bedrooms are boldly painted in pink and red.

This is no doubt a museum-quality renovation, as the listing notes suggest. But the length of this apartment’s stay on the market without a buyer suggests that the unique decor — and the price attached to making it appear this way — is not what buyers are willing to pay. 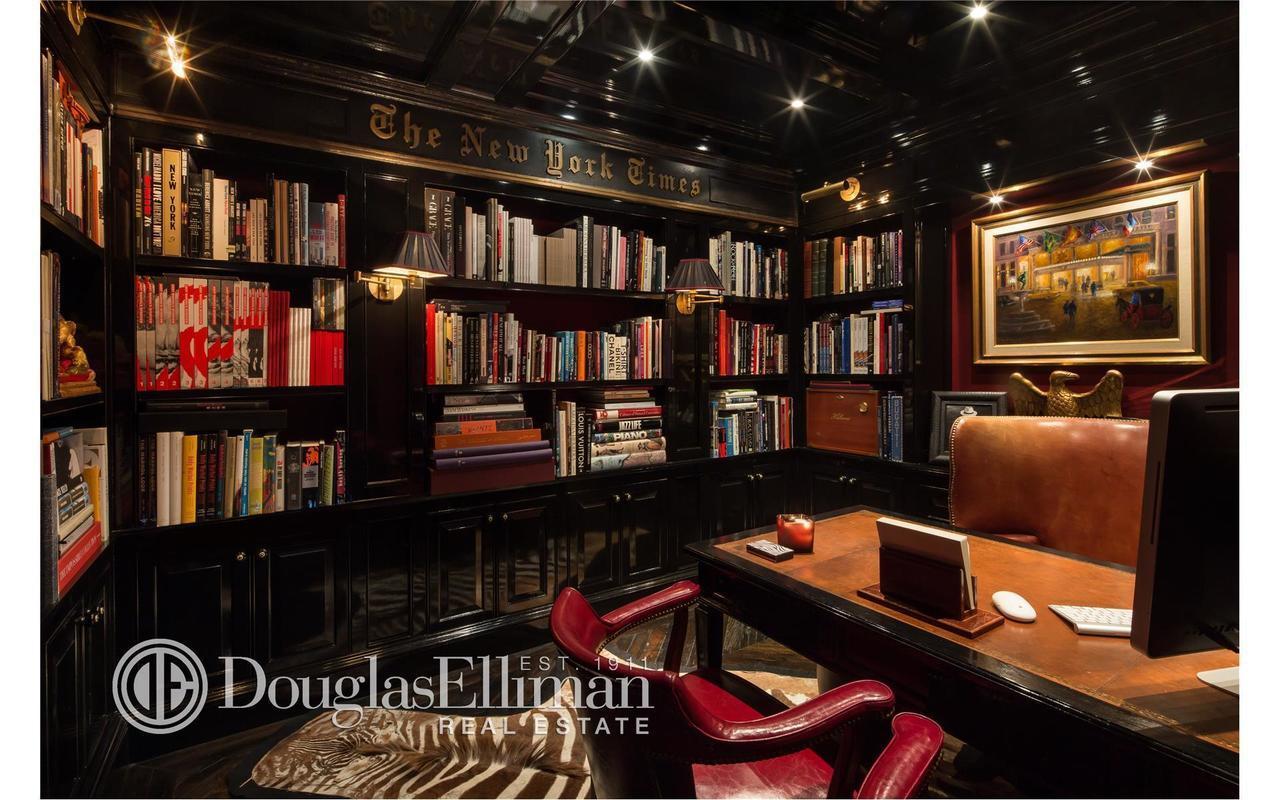 In a sea of luxury condos going on the market in NYC — most of them done in minimalist architectural style with soothing, modernist interior design — Hilfiger’s pad is truly a standout property. Interesting to see at what price it finds a new owner who might pay for and appreciate what’s going on in there. 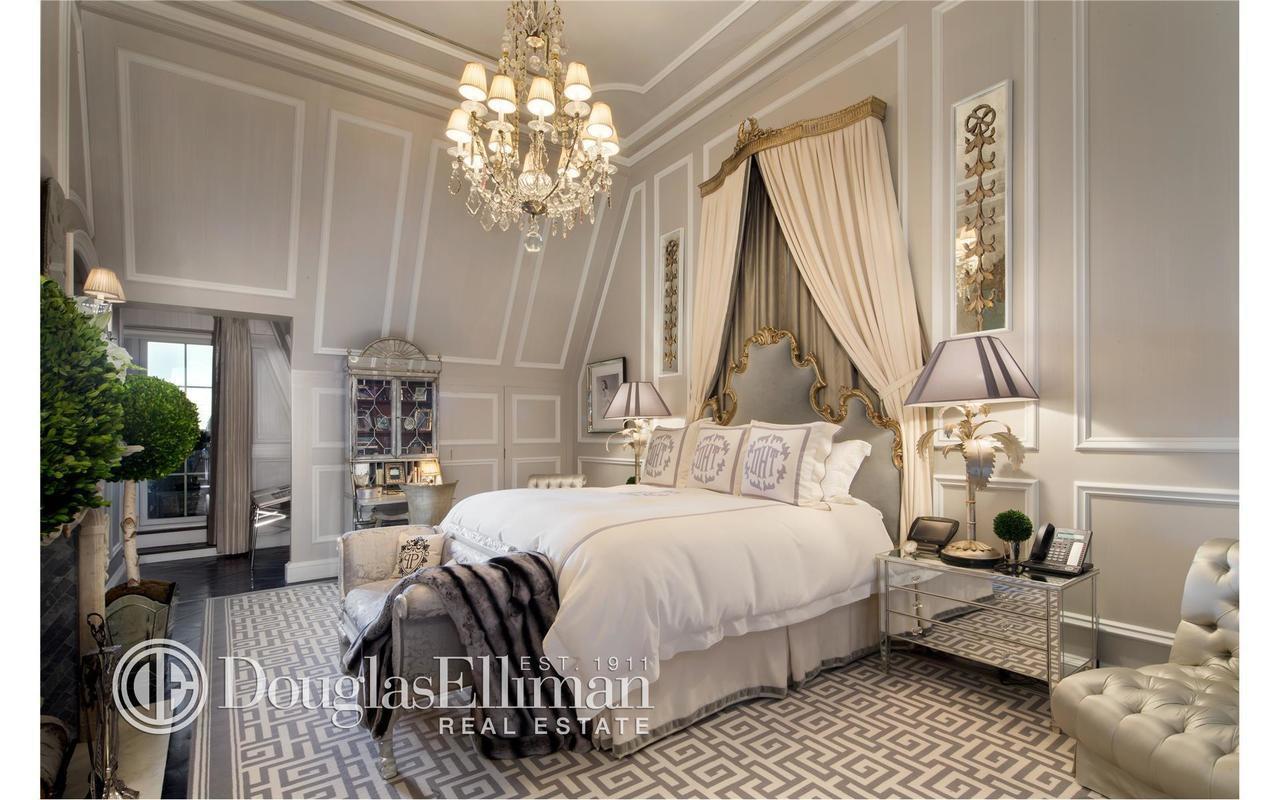 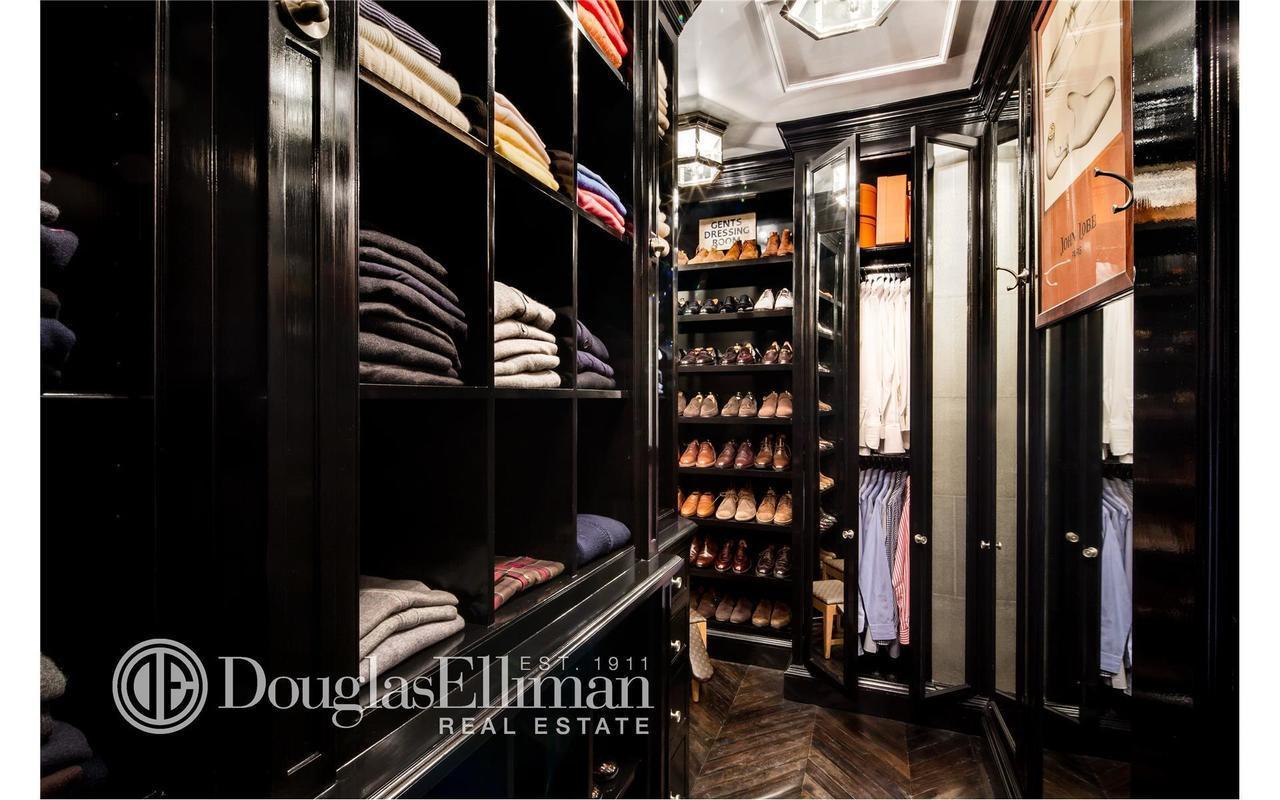 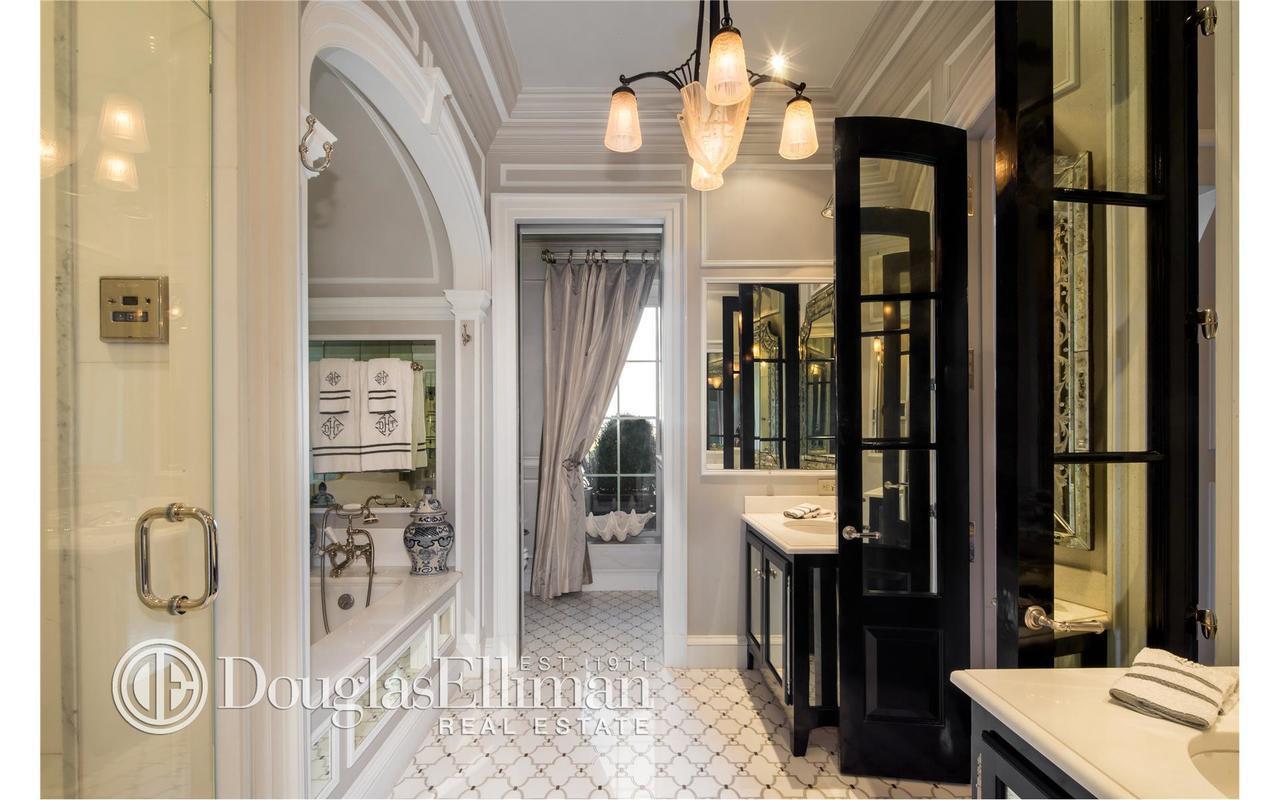 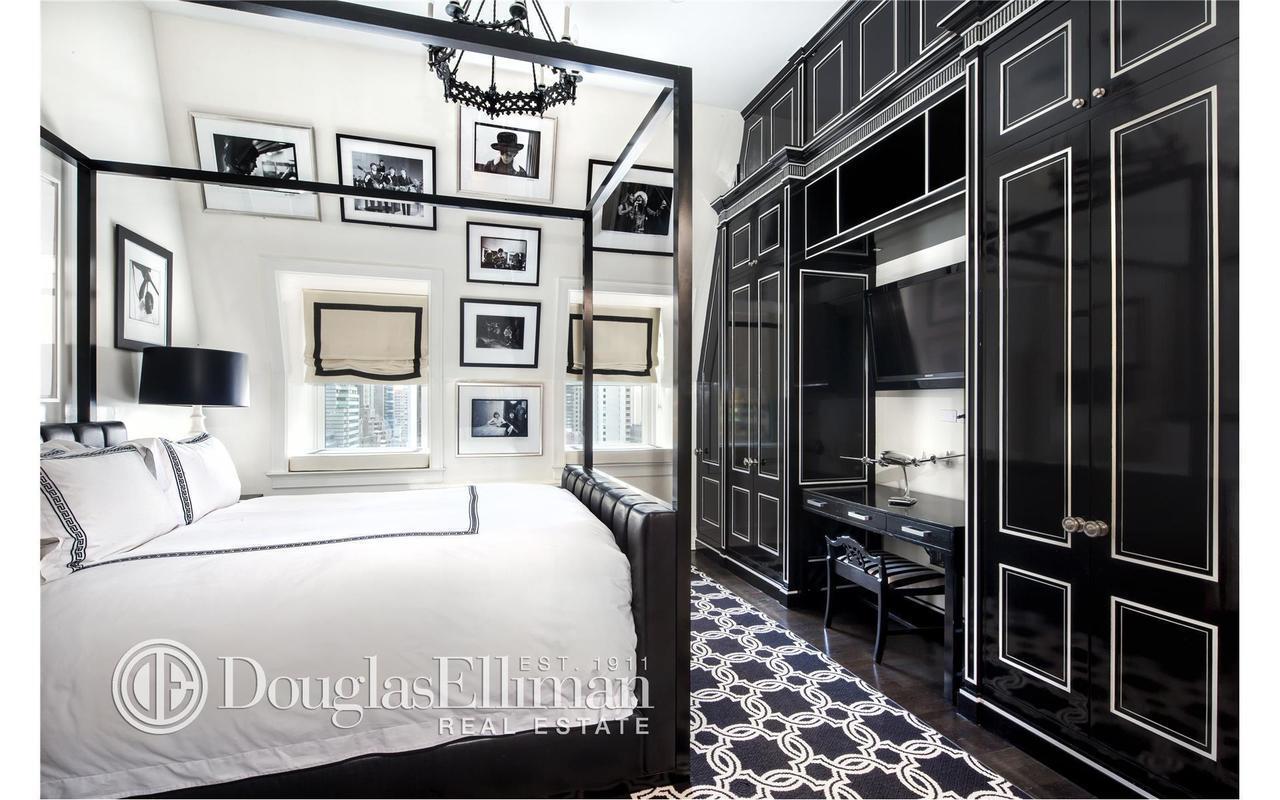 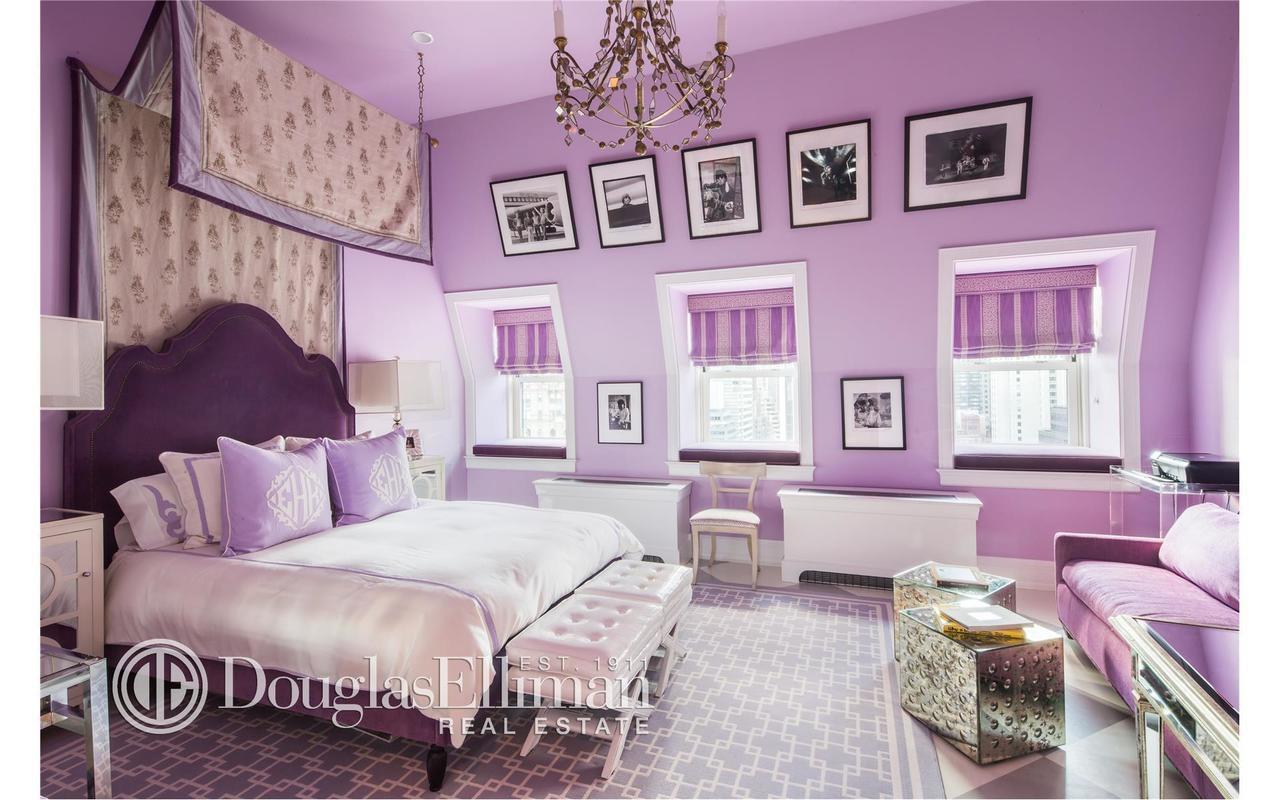 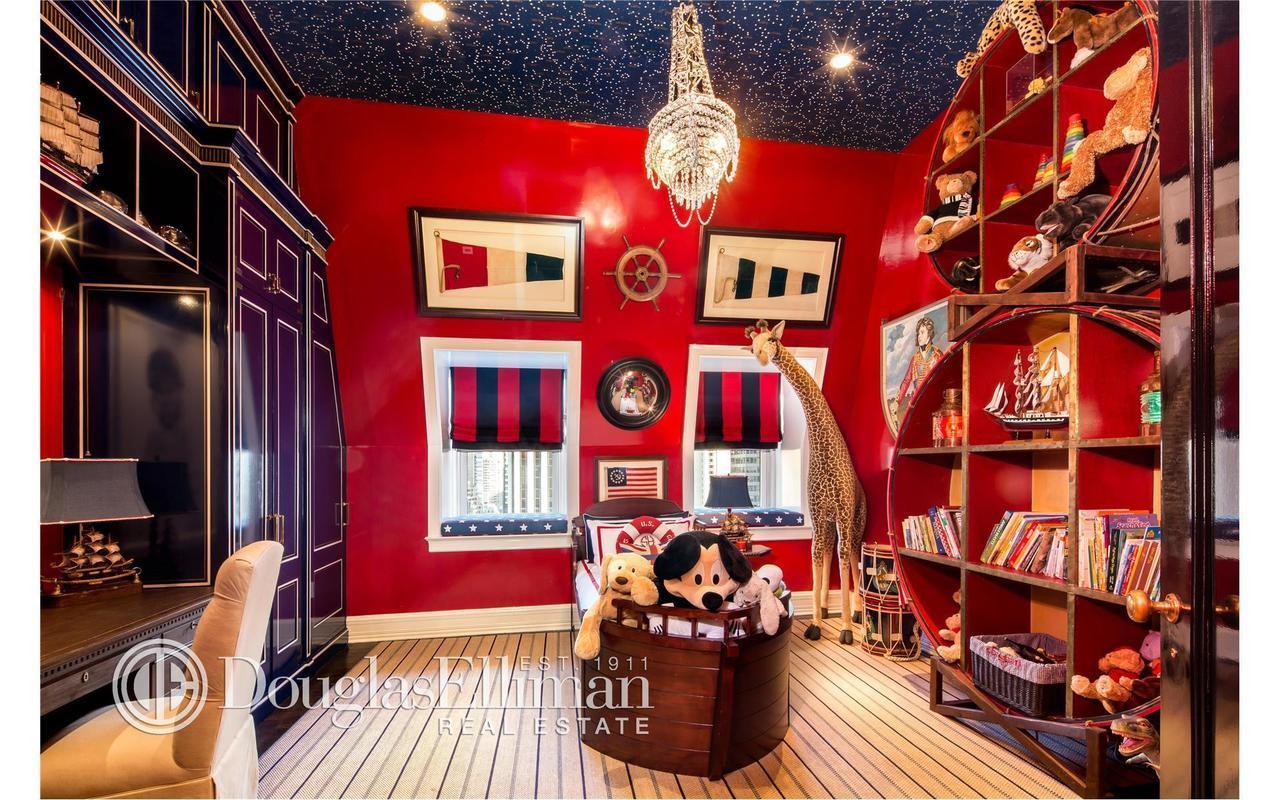