This past weekend, Bastille Day brought an estimated 25,000 revelers to Brooklyn’s Smith Street and the surrounding areas of Carroll Gardens, Boerum Hill and Cobble Hill.

Said to be the biggest Bastille Day festival outside of France, the Smith Street celebration shuts down two blocks of the commercial strip and fills the streets with sand to set up for a tournament of pétanque, a classic French outdoor game that resembles a combination of bocce and cornhole. As a matter of fact, the Grand Pétanque Tournament on Smith Street holds the title of the largest in North America. 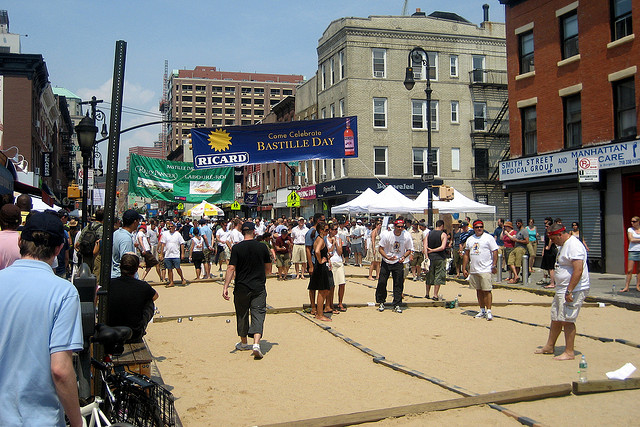 And while all the games of pétanque and glasses of Lillet make for an overt showing of French culture and influence in the neighborhood, the Bastille Day festival is part of a growing French community in Boerum Hill, Cobble Hill and Carroll Gardens, or BoCoCa – an area which hands down wins first place for worst neighborhood portmanteau ever.

According to Apostolos Valleras, the general manager of Bar Tabac, a French bistro on the corner of Smith and Dean Streets, the festival was the brainchild of the restaurant’s Provençal owners and born out of not much more than a patriotic passion for pastis and pétanque. At the time, there was a small, but active French community in the neighborhood, Valleras says.

“It was young, funky and a little French.”

“They wanted to do a really cool street party,” says Valleras, referring to Bar Tabac’s owners. And so was born the first Bastille Day festival. This year, the tournament was the largest to date featuring 72 teams and sponsored by none other than Pernod Ricard and Lillet.

“It gets bigger and bigger every year,” says Valleras, who adds that the growth in popularity of the festival has coincided with that of the neighborhood at large.

“The whole place has exploded. Everyone wants to live here, the French, the Americans. It’s become more popular with everyone.” 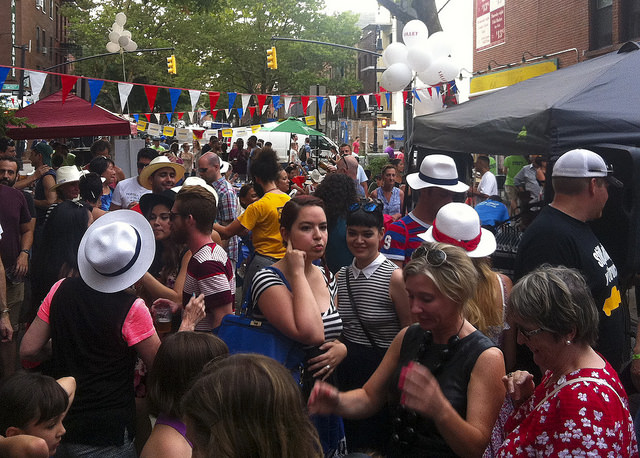 Although Valleras contends that the area has always been something of a French colony, many neighborhood residents say the French community in Boerum Hill, Carroll Gardens and Cobble Hill has proliferated in recent years in large part due to the dual-language program at P.S. 58 The Carroll School, a local public school on the corner of Smith and Carroll Streets.

In 2007, the French dual-language program launched in New York City at three public schools including P.S. 58. From the get-go, the French government has promoted and supported the development of these elementary school programs by supplying seed money and grants to individual schools.

Perhaps due to the growing body of research that cites the importance of bilingualism in the development of children’s cognitive skills, these programs have been wildly popular and successful especially among the brownstone Brooklyn set at P.S. 58. In the first year of the program at P.S. 58, there was just one class and 24 students enrolled. Now there are 350 students enrolled with two classrooms per grade and a waitlist. 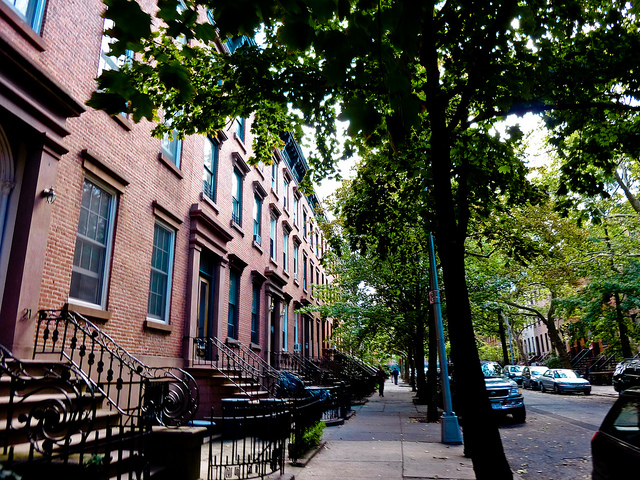 Erin Kelly, a Carroll Gardens resident, had lived in the neighborhood for seven years before enrolling her daughter in the school’s first kindergarten class. Up until that point, she had never noticed a French influence in the neighborhood.

“Before the kids were in school, what I noticed most about the neighborhood was the Italian influence,” she says of the deep and historic Italian-American community in Carroll Gardens. 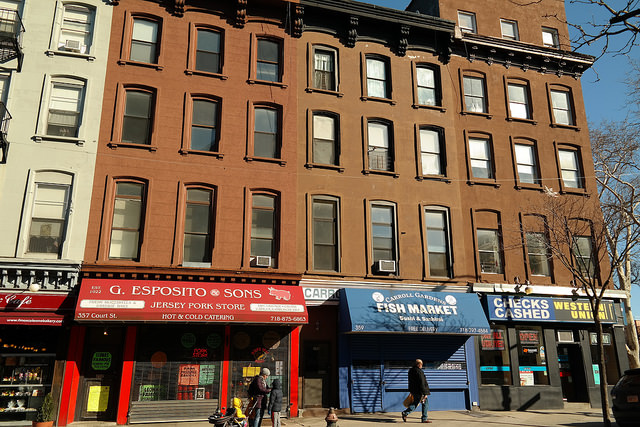 When the program first launched, the school enrolled students from outside the P.S. 58 zone to ensure that there were equal numbers of Francophone and Anglophone students, Kelly says. That is no longer the case as the French population in the area in and around Carroll Gardens, Boerum Hill and Cobble Hill has grown.

“There has always been an immigrant presence in Carroll Gardens because of the historic Italian-American community,” says Nicole Galluccio, a broker with Corcoran who has lived in the neighborhood since 1997.

That said, she does admit that when she moved, the French community was much smaller and it was far more common to hear Italian spoken by locals hanging on their stoops than it was French.

Like Galluccio, Pascale Setbon also moved to Carroll Gardens in 1997. She, however, was moving from Paris after being relocated to her marketing company’s New York City office. When she and her family arrived in Carroll Gardens, there were only two other French families and two French restaurants. Not surprisingly, she had a lot difficulty finding multilingual opportunities for her two kids.

In response to this lack of multi-cultural and multilingual programming in the area, Setbon set out to create the Language and Laughter Studio, a learning and arts center for early bilingual education with classes in French and Spanish for both kids and adults.

The opening of the Language and Laughter Studio predated the launch of the dual-language program at P.S. 58 by a year, but in the time since the two programs have been active, Setbon has seen the number of French families and multilingual options and offerings in the neighborhood proliferate.

“There are many, many French families now that we have all these French opportunities.” 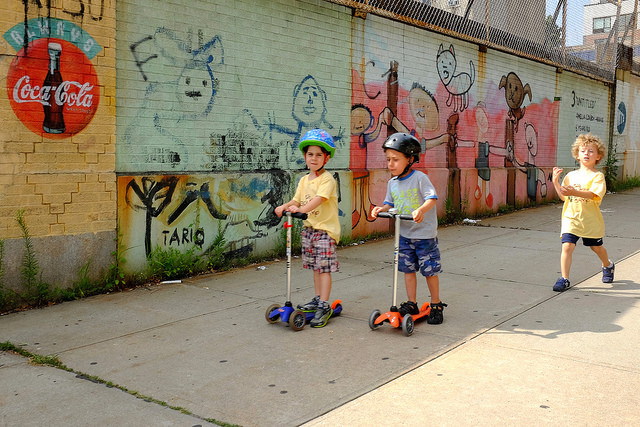 Now in addition to P.S. 58, there is P.S. 133 in Boerum Hill, which also offers the dual-language program, the International School of Brooklyn, a private school on Court Street in Carroll Gardens that features a French and multilingual curriculum and the School for International Studies, a middle and high school on Baltic Street just off of Smith Street in Boerum Hill.

Summer brings a slew of French day camps and activities for kids in the neighborhood. Kelly’s nine-year old son is attending a French music camp where the campers will learn Parisian tunes.

Before the Francophile infiltration of Brooklyn, the only option for families seeking a French bilingual education was the Lycée Francais, a private school on the Upper East Side. For many families comparing the cost of tuition at Lycée and living in Manhattan versus free education and living in Brooklyn, “It is an easy choice,” says Setbon. “They come here. Brooklyn offers a beautiful life.” 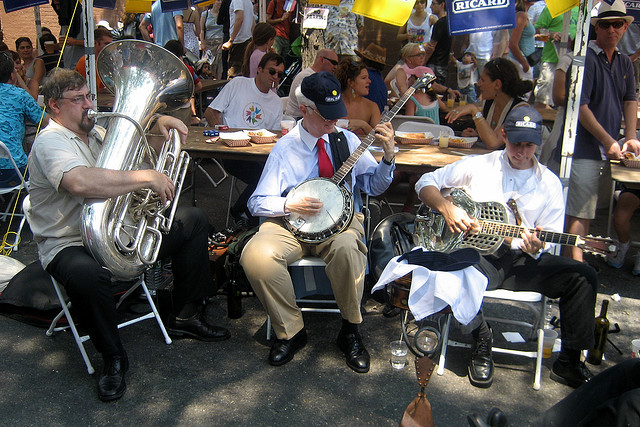 Proliferation of French Cafes and Shops

The French infiltration of the area has not just been limited to educational options. In recent years, Boerum Hill, Cobble Hill and Carroll Gardens have seen a growth in all sorts of stuff that would suit a French lifestyle.

Provence en Boite, a cafe and boutique on Smith Street, offers everything from foie gras and cassoulet to Provencal lavender and linens and caters many events at P.S. 58’s events. In 2012, Idlewild, a Manhattan-based foreign language book store and learning center, opened a Brooklyn outpost on Warren Street to cater to the needs of the growing multilingual community in the area says David Del Vecchio, Idlewild’s owner. The shop offers a huge selection of French kids books and adult education in French so Anglophone parents and spouses can keep up with their bilingual families.

Bien Cuit, a much-feted French bakery opened in 2011, and serves up some of what connoisseurs call the finest miche loaves in the city. 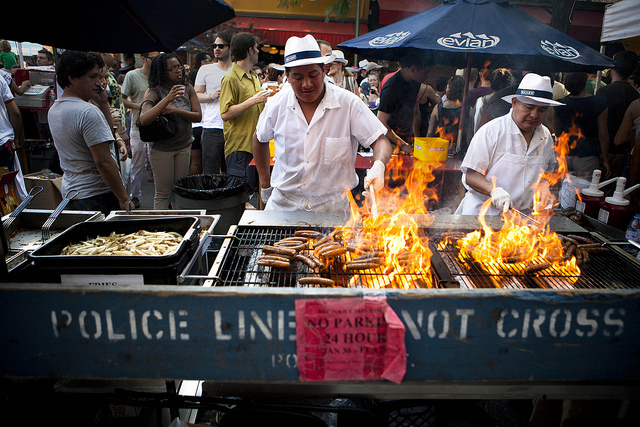 How Do You Say Mint-Chip in French?

“You hear this kind of Franglais everywhere you go,” says Alice Cardozo, a former barista at Van Leeuwen on Bergen Street and babysitter for families at P.S. 58.

The after-school rush at Van Leeuwen brought a loyal crew of regulars to Cardozo’s ice cream parlor avec café, “You’d hear moms transitioning from one language to the next with their kids all the time. It would be ‘ouevre la porte, ma chére’ and then ‘what flavor did you want again, Lulu?’”

In her experience as a babysitter and barista in the neighborhood, Cardozo found that families of all stripes were keen on raising their children in a multi-lingual household regardless of whether both parents were Francophone, one was or neither were.

“The neighborhood is very family oriented.” She says, “You get to recognize families in the shops and on the streets.” From her observation, the family-friendly feel and strength of the French community goes hand-in-hand. 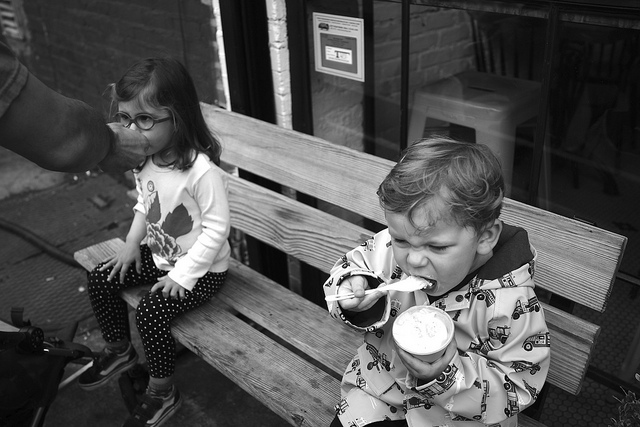 The after-school rush outside of Van Leeuwen on Bergen Street. (Source: Marco via Flickr Creative Commons)

Often referred to as the King of Bergen Street, Zayan moved from Paris to Boerum Hill in 2009 and leases a former factory on the block. The factory at one point produced 2,500 of the stiff leashes and empty collar prank toys that were popular in 1970s and 1980s. Under Zayan’s guidance, the space still holds on to its aura of whimsy and magic and has become a hugely popular community art center offering creative and innovative programs in conjunction with everyone and everything from local elementary schools to The French Institute Alliance Française.

The gallery has 35 artists-in-residence, a private event space and huge performance venue and showcases the work artists from the neighborhood, from France and from around the world.

Despite the diversity of its offerings, The Invisible Dog has a reputation for being very French in feel, but that Zayan admits could be because you can often find him smoking cigarettes on the street outside the gallery. Smoking habits aside, at its core, “the gallery has very strong and important relationship with the neighborhood,” says Zayan.

There is a natural symbiosis between the gallery and the community. “I like to think that the Invisible Dog is only possible in this neighborhood on this street,” says Zayan. 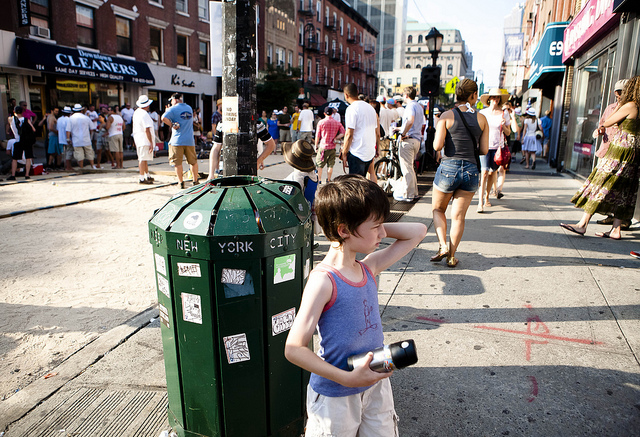 “You feel in Europe when you are here,” says Zayan.

“When you are walking down the street, you say hello to people and that is very French,” he says, in an impeccable French accent. “There is the butcher, there is the hair salon, there is the bakery, the café. There are many small family restaurants here. That is all very French.”

Zayan acknowledges that the neighborhood may be shifting, “yes, there are new people;  there are new retail stores – but the place itself is not changing. It was always very lively and it still is.” 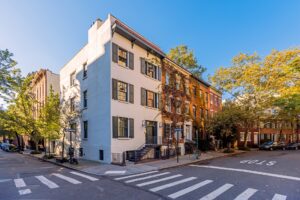 The Most Dreamed-About NYC Neighborhoods