At long last, the all-black, laquered jewel-box style apartment at 213 West 23rd Street has entered contract. The listing history of the apartment is about as elaborate as the decor – it’s been on and off the market since 2013 when it was first listed for $5.995M. The listing came off the market in March of 2014 only to return in October at the exact same price. After a series of price cuts, the listing has now entered contract for an even $4.5M. 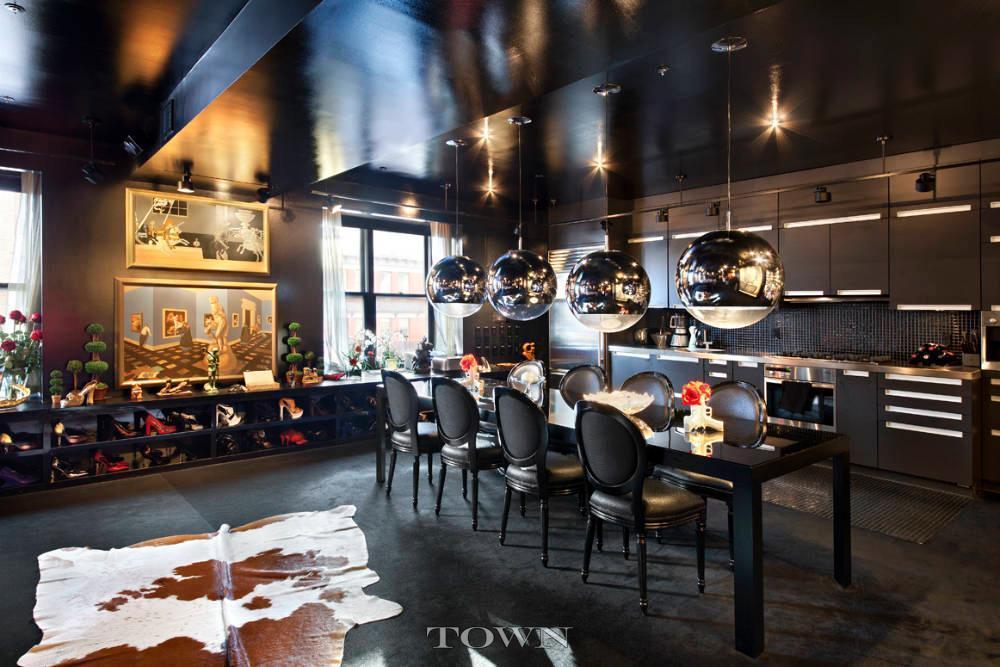 But the real story here is not the ups and downs of the apartment’s listing history, but rather all the sexy times that went down within its four walls over the years. The three-bedroom, open floor plan loft is best known for its wild parties, cameos in music videos (perhaps, you are familiar with The Notorious B.I.G.’s “Nasty Girl” video?) and episodes of Law & Order (playing the part of a pimp’s den). How does a humble Chelsea condo come to be the site of so much sexiness? Enter Cindy Gallop. 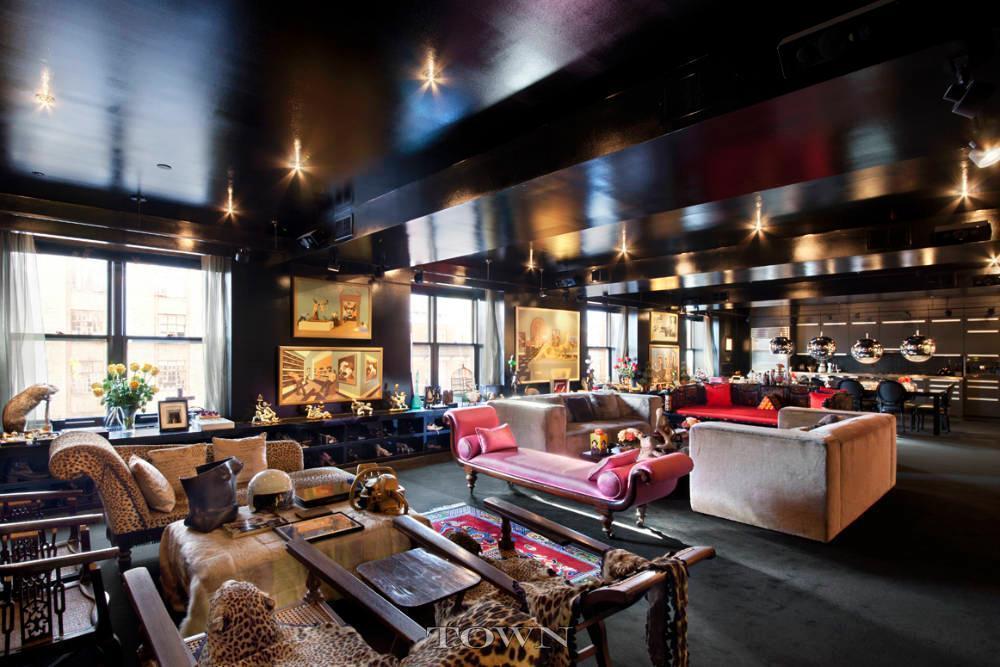 The 3,800-square foot loft was featured on Law and Order as… the home of a pimp 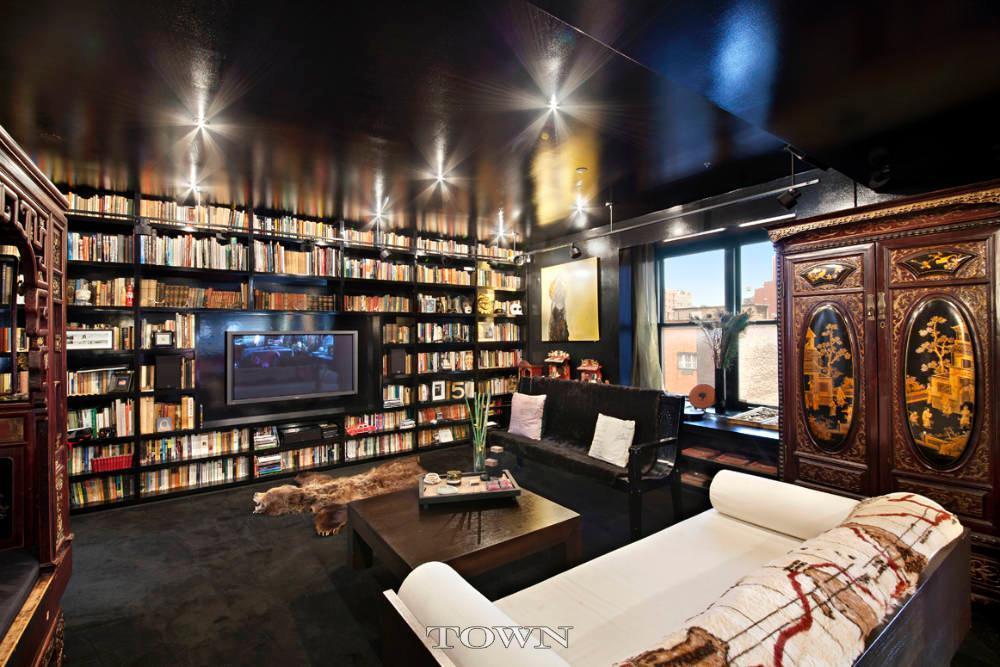 After over a million dollars in renovation, the 3,800-square foot loft morphed into Gallop’s dream – the love child of Shanghai nightclub and a lacquered Chinese box. The decorative touches feature black carperting, black-gloss walls, a taxidermy collection including a stuffed mongoose being strangled by a cobra, chinchilla fur upholstery and bustiers and nude sculptures of all kinds. Hopefully the present buyer can work the pendant disco-ball lamps into the contract as permanent fixtures. 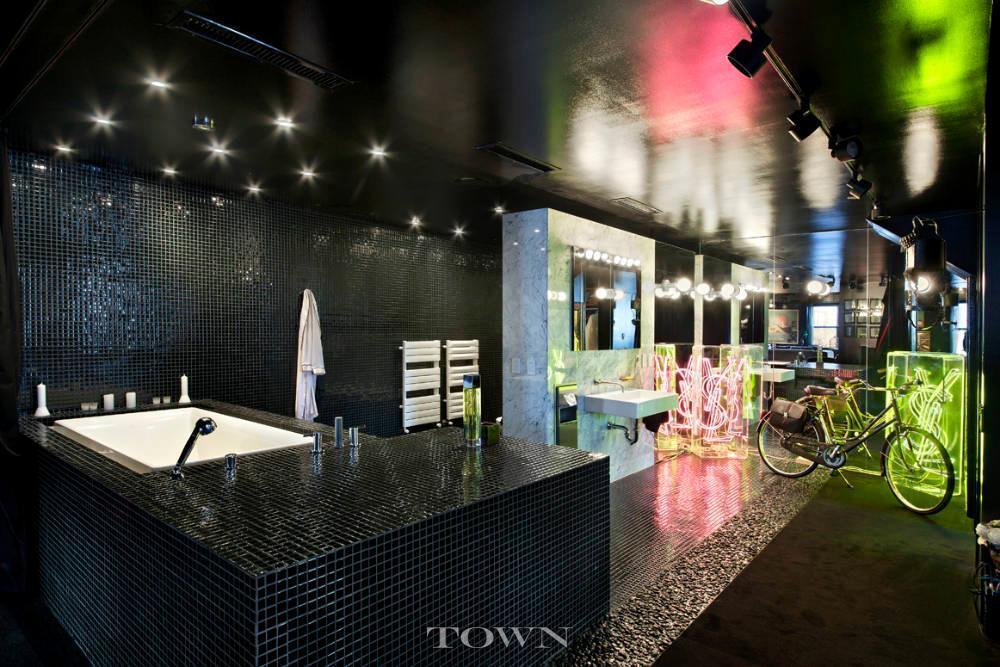 Check your modesty at the door. The master bath is doorless. 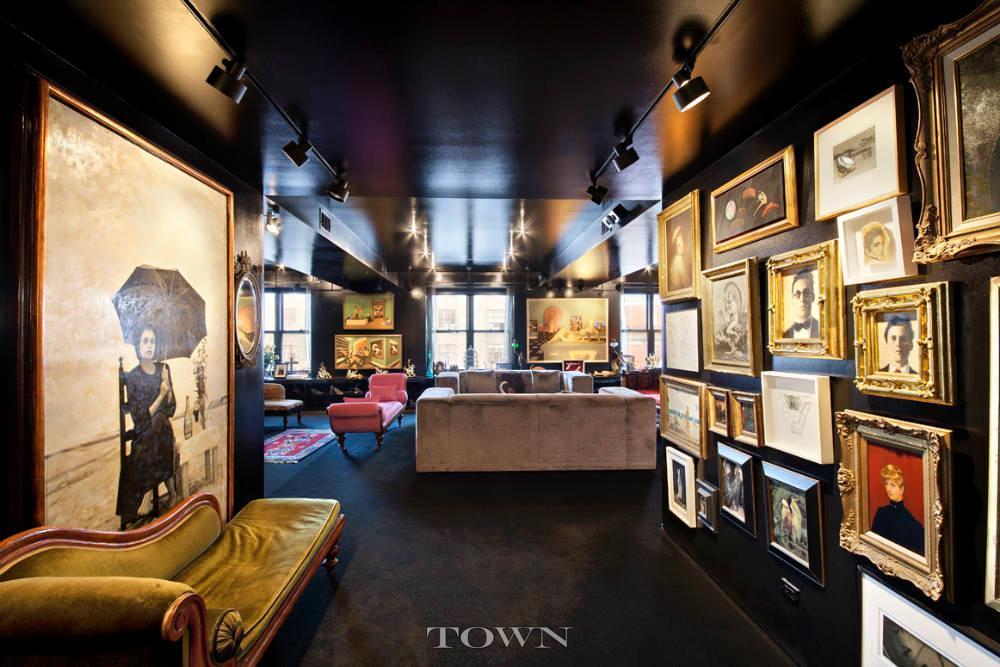 Floors, ceiling and walls are all black. 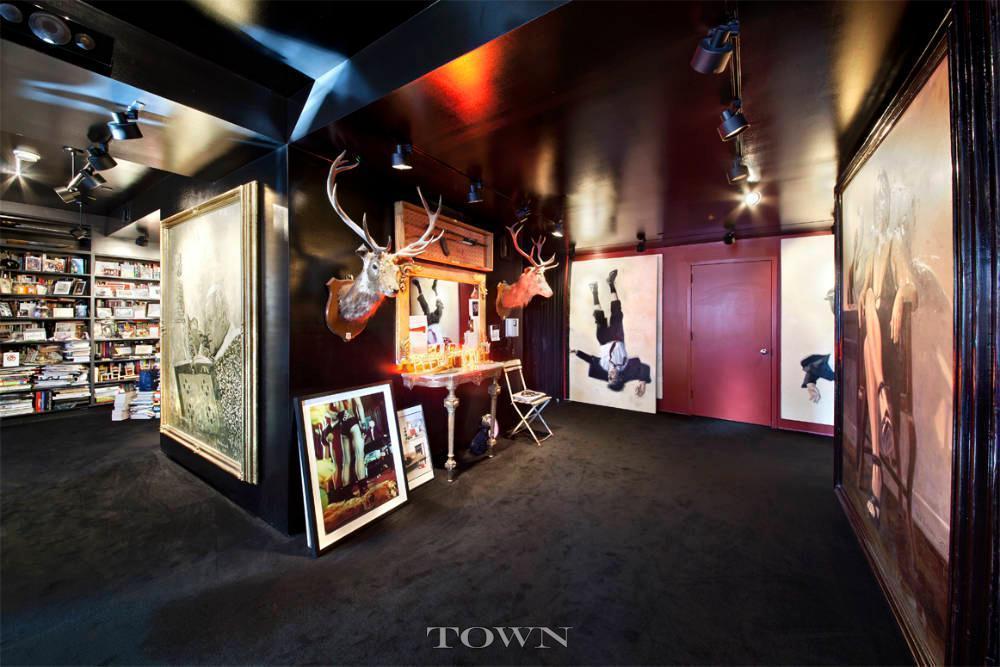 Do taxidermied heads count as permanent fixtures? Call your lawyer.