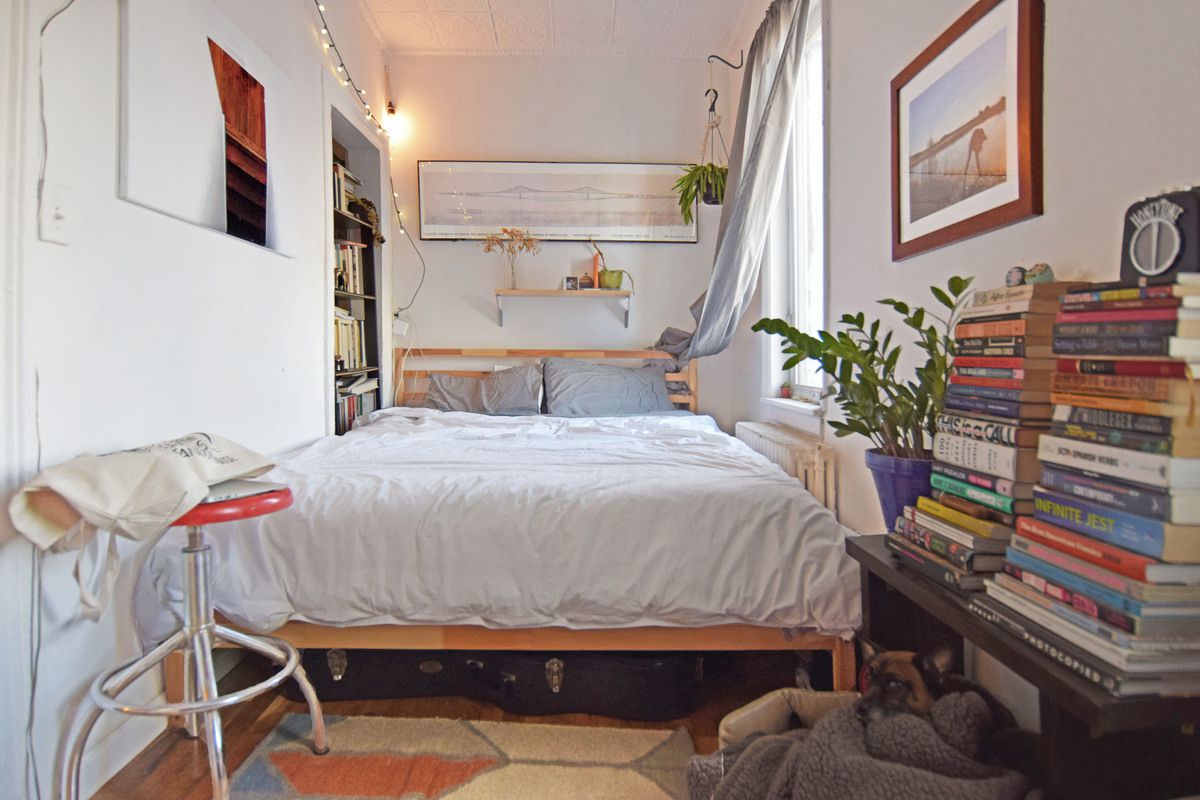 Forget Queens. You can have your very own one-bedroom in Williamsburg!

There’s something about this Williamsburg one-bedroom that is very appealing. Could it be the casually well-curated stacks of books? The soft lighting and slightly rumpled sheets? The twinkling Christmas tree lights strung up around the ceiling? Maybe it’s the pointy eared mutt peaking out of his place in the corner? Or is it simply the amazing price and location of the apartment?

Let’s just say it’s all of the above. If, for whatever reason, the puppy didn’t do it for you, the price really should. With an asking rent of $1,700/month, this one-bedroom is priced nearly 60 percent below the current median asking price for the rest of Williamsburg, which now clocks in at $3,165/month. Williamsburg is one of Brooklyn’s most expensive neighborhoods and typically not known for its deals. 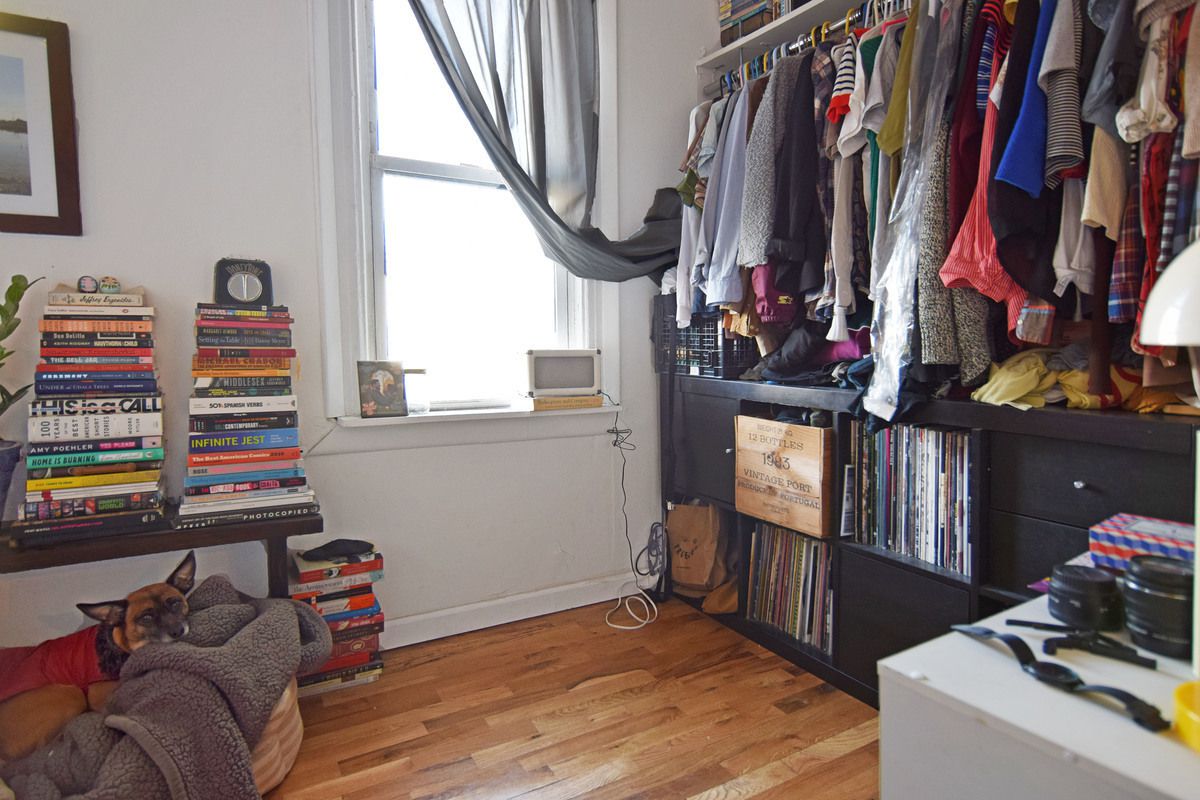 The pet-friendly policy at this one-bedroom is a major perk.

Even by borough-wide standards in Brooklyn, however, this one-bedroom is a deal. The median asking rent in Brooklyn is now $2,600/month, over 40 percent more than what this apartment is asking. If you had given up on the dream of living alone in Brooklyn, here’s that rare gem to keep your hopes alive. It’s priced even below the median asking price in Queens, which is now $2,300/month. See, you don’t have to move to Queens to find a deal!

In terms of fees, the apartment is asking for just a flat one-month broker’s fee and accepts guarantors too – all of which makes the apartment a solid find for renters on a budget. 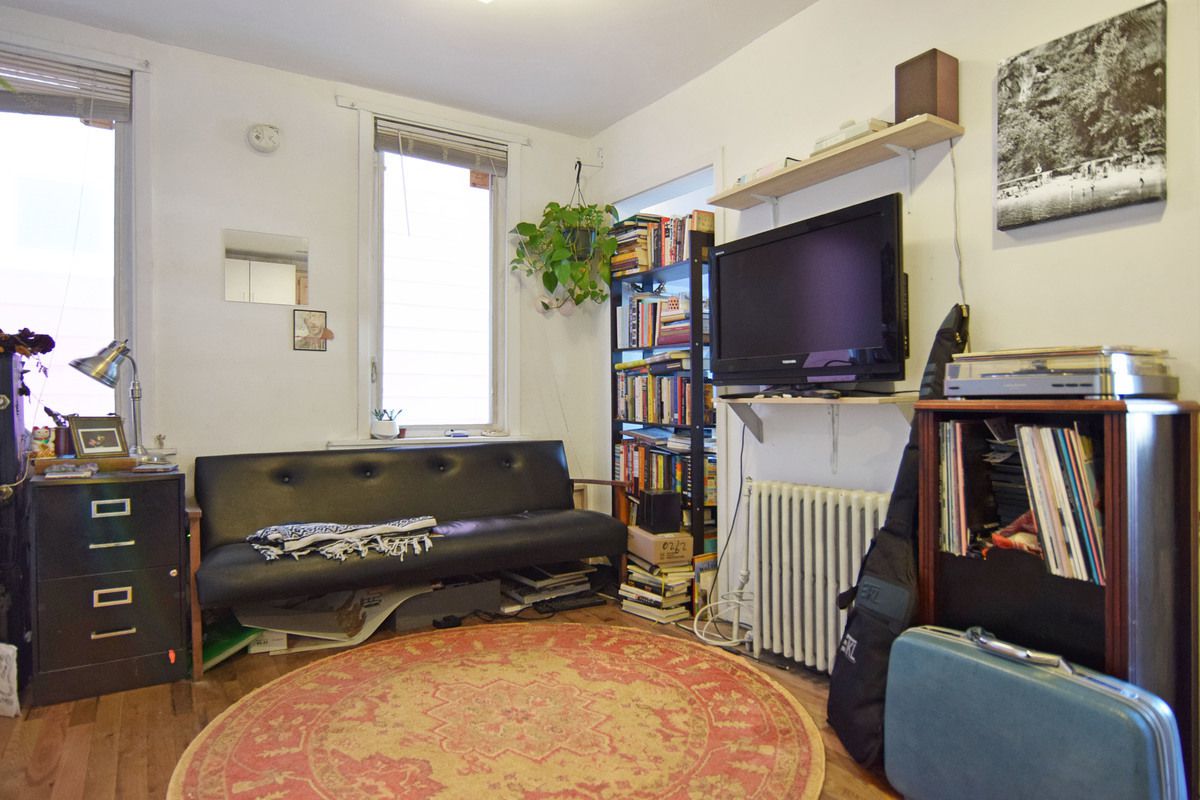 Another perk? Plenty of natural light.

What’s the catch? Not surprisingly the apartment is small. This is definitely a space for living solo, not cohabitation, but with a pet-friendly policy, you and a tail-wagging friend will get on just fine. It also must be noted that the living area and kitchen are conjoined so there won’t be a lot of room for dinner parties here. That said, the apartment does offer shared outdoor space in the form of a classic Brooklyn backyard. Think poured concrete patio, big open sky and tree branches lit up with tea lights. Come summer, you can have your fill of barbecues, tanning club conventions and afternoon drinks with your neighborhood crew. It’s not the stuff of Better Homes and Gardens, but it is the stuff of a classic, budget NYC apartment find. 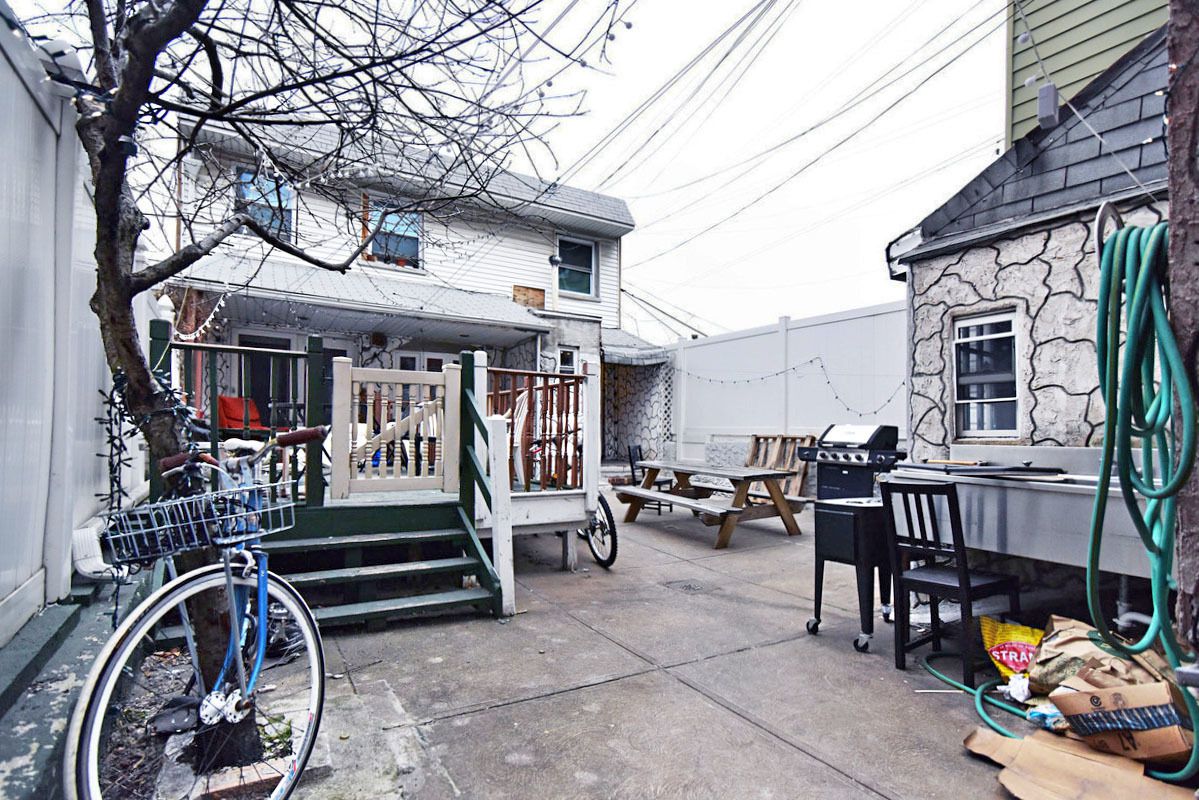 Another perk of the apartment is the location. It’s on Jackson Street just off of Manhattan Avenue, putting it squarely in the low-key, local pocket of Williamsburg. Far from the luxury high rises of Kent Avenue and the soul-sucking commercial franchises of Bedford, this section of Williamsburg feels like a real neighborhood, complete with mom-and-pop butchers, classic Italian bakeries and fresh-pasta places and a nice mix of old ladies in curlers, long-term neighborhood types and young, new comers.

It goes without saying that this part of Williamsburg has tons of great new bars and restaurants, too. The apartment is literally around the corner from some of the best neighborhood joints like Blue Stove, Llama Inn and the Meat Hook. If proximity to great local shops isn’t the only thing that matters to you, you’ll be happy to know this is just three blocks from the L stop at Graham Avenue, which offers a ten minute commute into Manhattan.