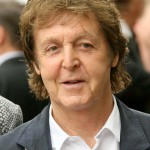 When Paul McCartney saw this penthouse just standing there, he must have imagined what it would feel like to be stuck inside these far more than four walls lined with 40-feet of windows.

Or, maybe, McCartney just wanted to get back to where John Lennon once belonged.

But the Beatles’ left-handed guitar player who once opined about city scenes in songs like “Penny Lane,” didn’t opt for Lennon’s famous NYC digs at the UWS icon — the Dakota. Sir Paul will get a view of Strawberry Fields — from the other side of Central Park.

McCartney and his wife, who everyone knows her as Nancy, were the buyers of a $15.5 million Upper East Side duplex penthouse that hasn’t been on the market since the building at 1045 Fifth Avenue was constructed in 1967.

According to the New York Post, the unit was owned by developer Manny Duell “… who made his name buying rental buildings and converting them to co-ops. ­Duell, who died in 1977, created the duplex for his wife, Irene, who lived there until her death last summer at 92.”

It seems a fitting love story narrative for McCartney, who was famously attached to his first wife, Linda, who died of cancer years ago. Sir Paul has since remarried twice, and likes to keep a New York dwelling to host his youngest daughter, Beatrice, with whom he shares custody with his acrimoniously ex-wife Heather Mills.

The apartment sits on the 15th and 16th floors of the Fifth Avenue co-op that now contains only 12 units. There is a bonus room on the 17th floor — all centered around a marble staircase with terrace space that make this dwelling the perfect blend of old and new. Just like McCartney.