In honor of Presidents Day, here’s a look at which of the former leaders of this country have lent their names to New York City streets.

George Washington had some of his greatest personal triumphs in New York City: He led the triumphant re-entry of the Continental Army after the Revolutionary War and was inaugurated the first president of the United States on Wall Street. Washington Street in Greenwich Village bears his name and is well known for its beautiful Federal-style townhouses. Nearby Washington Square Park is also named after our first president, as is a beautiful avenue lined with 19th century brownstones in Clinton Hill, Brooklyn. Last, but certainly not least, there is also a Washington Street in Dumbo where you snap some of the most Instagram-worthy shots of the Manhattan Bridge. See below. 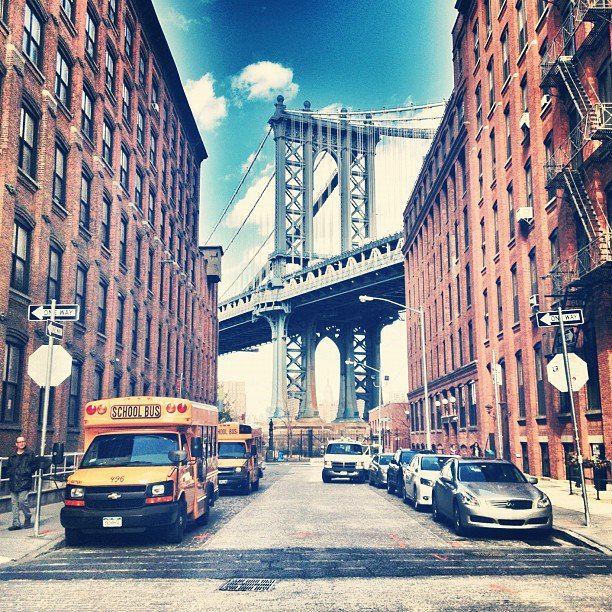 Adams Street – named for our second president, John Adams – runs from the Dumbo waterfront up into Downtown Brooklyn, eventually merging with the traffic to and from the Manhattan Bridge. There are some oasis-like developments on that stretch, such as Concord Village.

There are a few streets named after our third prez, including Jefferson Avenue in Brooklyn, which originates in Clinton Hill, heads up through Bedford-Stuyvesant and ends in Bushwick. Also in Bushwick are Jefferson Street and the Jefferson L train stop. Would Jefferson himself approve of the hipster revolution? Something tells me he would. Maybe his love of the French.

Our fourth president hangs his mantle on one of the most famous avenues in Manhattan, Madison Avenue. For years eponymous with the city’s advertising industry, Madison Avenue’s southernmost terminus is Madison Square Park at 23rd Street (and the distinctive Flatiron Building). Madison Street in Bedford-Stuyvesant is a few blocks down from Jefferson Avenue, in a section of Brooklyn overwhelmed with Revolutionary-era street signs (Lexington Avenue, Hancock Street, Quincy Street, and Vernon Avenue are all nearby). There is also a Madison Street in the Two Bridges section of the Lower East Side/Chinatown. 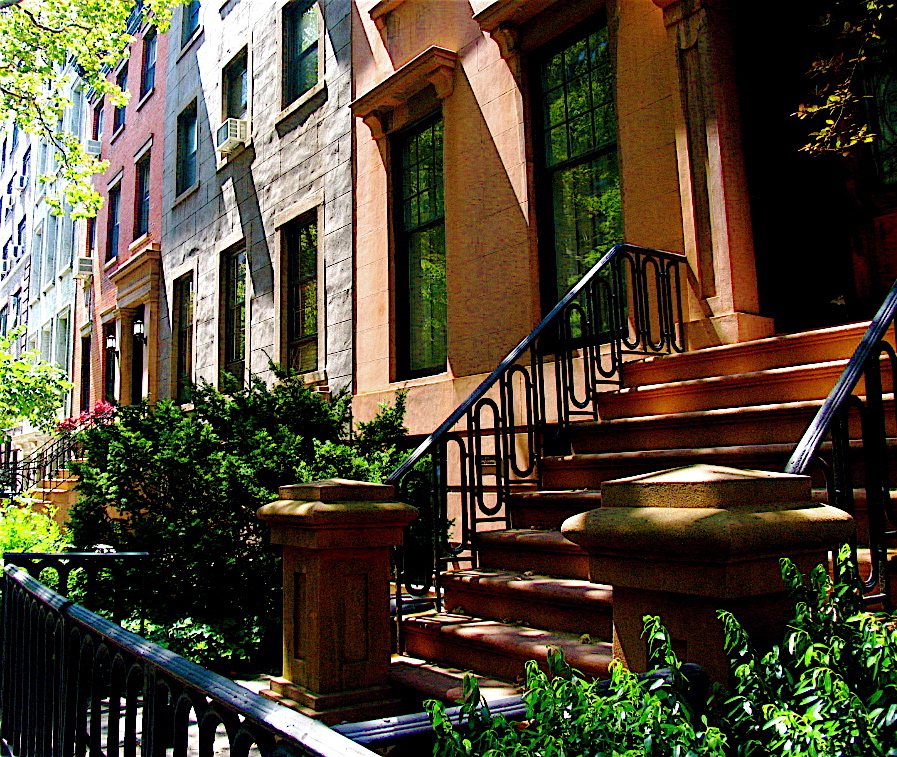 Monroe Place is a beautiful little stretch of brownstones in Brooklyn Heights, and the widest street in that historical neighborhood. The other Brooklyn street that bears our fifth President’s name is parallel to the Madison Street in Clinton Hill and Bed Stuy. This area of Brooklyn was settled in the 1600s by the Dutch, became a part of New York City in the early 1800s, and boasts some of the oldest brownstones in the city.

Jackson Place in Brooklyn is a short street with a beautiful canopy of trees. (Source: Google Street View).

Jackson Street in Manhattan is a short stretch in the “Two Bridges” section of the Lower East Side, between the Manhattan and Williamsburg bridges and is surrounded by the New York City Housing Authority complex. In the South Slope, Brooklyn, Jackson Place is a short stretch, but infinitely more pleasing to the eye with its lovely canopy of trees. Jackson Heights in Queens is actually not named after our divisive seventh president, but rather after John C. Jackson, the architect of many of the major thoroughfares in that neighborhood.

And now for that group of Presidents that no one can ever remember… there’s a Harrison Street in Tribeca, a Tyler Avenue in Queens, a Taylor Street and Fillmore Place in Williamsburg and a Pierce Street and Buchanan Avenue in Staten Island. But wouldn’t you know it – not a single street sign for James K. Polk (and he led us to victory in the Mexican American War, and everything!) 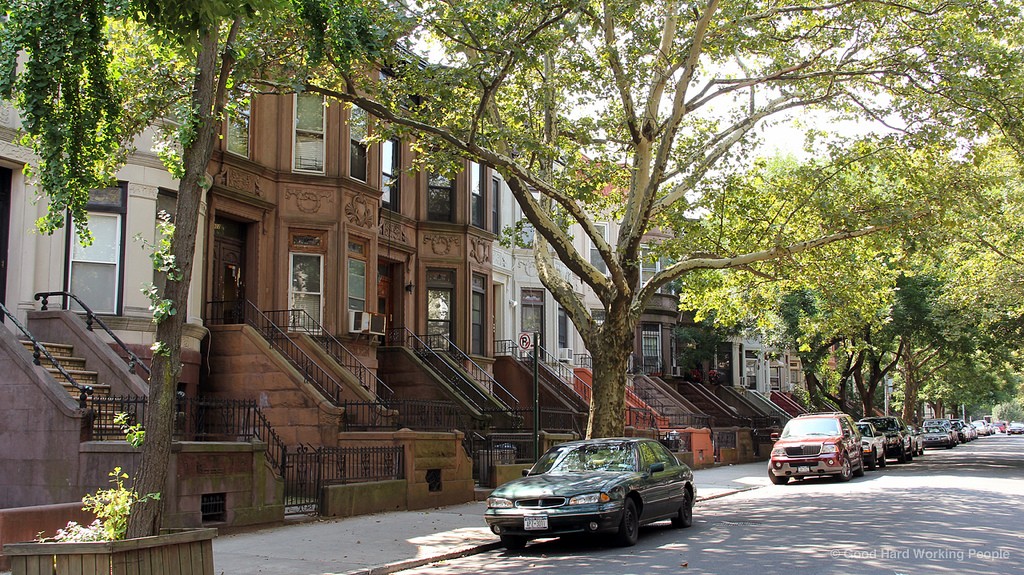 One of the only areas in the city bearing the name of our 16th president and preserver of the Union, Lincoln Square is the home of Lincoln Center. In Brooklyn, there’s a Lincoln Place with brownstones and beautiful prewar apartments that run from Park Slope through Grand Army Plaza and out through Crown Heights. 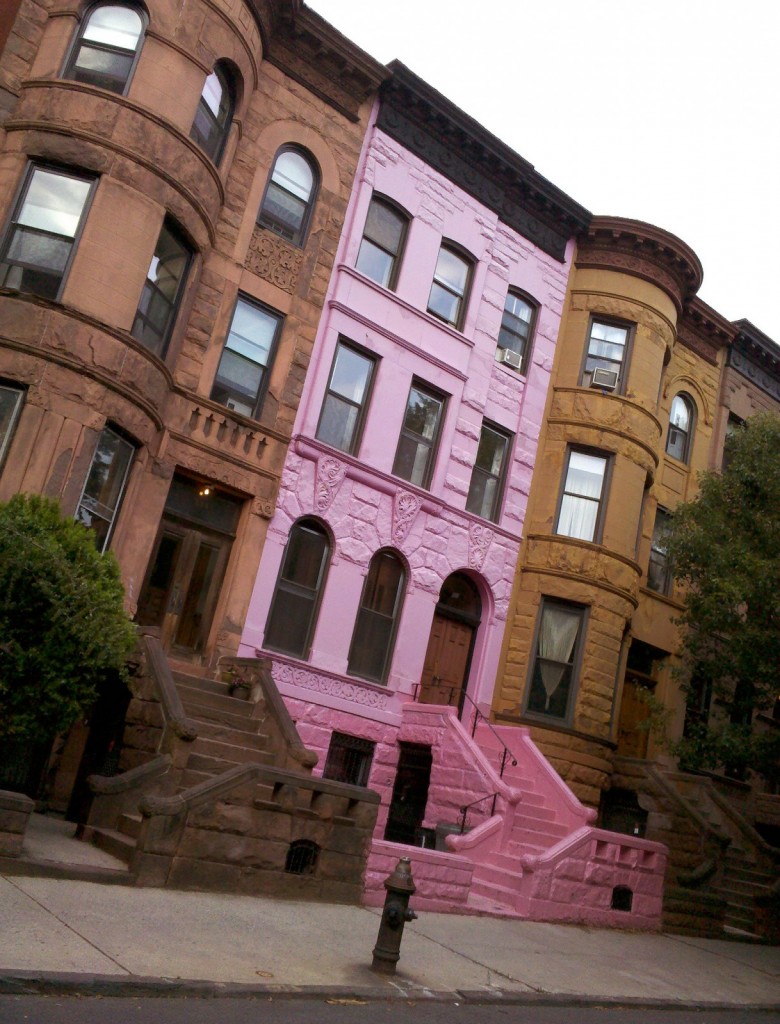 Garfield Place, Park Slope and the Rest of Them…

After Lincoln, presidential street names become fewer and farther between. Garfield Place in Park Slope, named for one of our four assassinated presidents, is tree-lined, secluded and peaceful and was once known for a bubble gum pink painted brownstone (see above). Cleveland Place is an extremely trendy stretch in SoHo and it’s unclear whether Wilson Street in Bushwick is actually named after Woodrow. Shockingly enough, Clinton Street in Brooklyn Heights is not named after our 42nd President, but rather DeWitt Clinton, a former mayor and governor of New York and a three-time presidential candidate. The only major thoroughfare named after Franklin Roosevelt — the only modern president to hail from New York (besides Teddy) — is FDR Drive – not the most beautiful stretches of road to be sure, but certainly necessary.

So happy birthday, Washington and Lincoln! Let’s all hope they would have appreciated this brief history lesson.