As we head into 2015, we considered other New York City records that could be broken this year, from most expensive sale price and largest rental to shortest time on market.

Here are some New York City real estate records to break in 2015.

The record to break for highest asking price is $130 million, set in 2013 by the 62,000-square foot co-op at the River House in Beekman. The highest-priced property currently on the market is a penthouse at The Ritz-Carlton Penthouse Collection in Battery Park listed for $118,500,000.

The listing that spent the shortest time on market was a studio apartment at 40 Broad Street in the Financial District. The property was listed on StreetEasy for a mere 24 hours back in 2011 before being snapped up.

For rentals, the highest asking rent on StreetEasy is $500,000 per month. First listed in November 2014, this price tag rents you a sprawling unit that takes over the full 39th floor at Manhattan’s historic Pierre Hotel. The unit features a private elevator, 6 bedrooms, 6.5 bathrooms and panoramic views of Central Park.

The Woolworth Mansion took the title of largest rental in New York City when it hit the market 2012. The legendary townhouse is five-stories and encompasses 19,950 square feet of space. 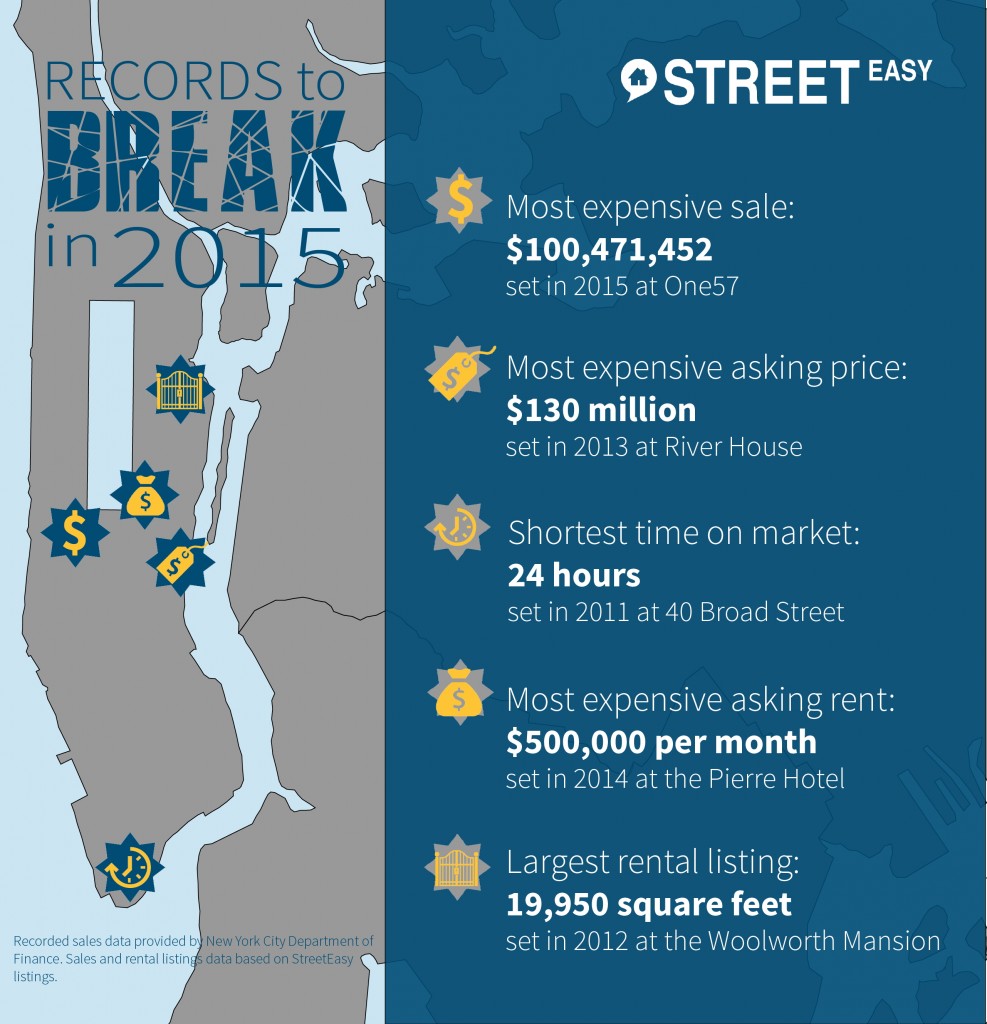