Olbermann Gets His Soul Back, Sells Trump Palace Apartment

Original: Back when he was inventing MSNBC between 2003 and 2011, Keith Olbermann authored some of the most stinging political commentary and paved the way for Rachel Maddow to take over at the liberal-leaning cable news outlet. Olbermann has since come and gone from a string of other media posts, but has just re-emerged with what sounds like a very special edition of his “Worst Person In The World’’ segment. 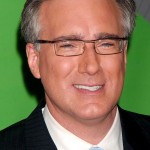 After announcing in March that he would feel less creepy about himself if he moved out of his Trump-developed apartment building at 200 East 69th Street, Olbermann has made good on the promise. According to the Wall Street Journal, Olbermann has listed for sale his Trump Palace apartment for $3.9 million. Olbermann paid $4.2 million for the 40th-floor, 1,750-square-foot unit at the height of the NYC real estate market in 2007.

In classic Olbermann style, he told the WSJ that he feels “20 pounds lighter” since he moved out of the unit last month. He feels it’s worth the monetary loss since he feels “a lot less icky.”

The WSJ scored a nice comeback from Trump via email. Trump said Olbermann “is just trying to use ‘Trump’ to get publicity and stay relevant. The prices of Trump apartments are today, the highest they’ve been. When people find out he is leaving Trump Palace, prices will probably go up.”

In true NYC tabloid style, Olbermann has a comeback for Trump, telling the WSJ that if it wasn’t a Trump building, he never would have moved: “If they had changed the name of it to something more positive like Ebola Palace I would have happily stayed.’’