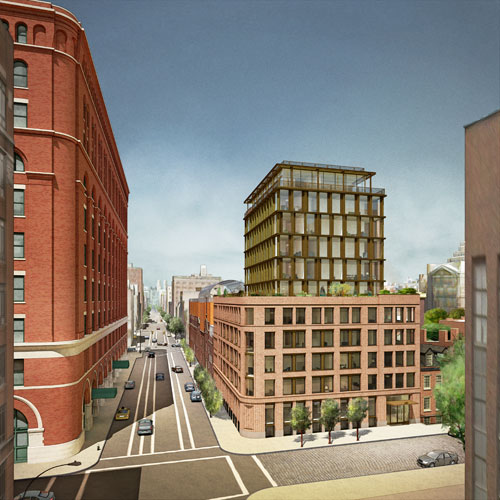 One of the greatest liberties taken by Sex in the City, and a source of bitter incredulity among many a female young prof trying to rent in Manhattan, was how Carrie Bradshaw could afford her studio in the West Village on a freelance- writer’s salary. For all intents and purposes, the dream of the West Village studio on a salary less than six figures, or let’s face it — seven — is just that, a dream never to be realized. But all those aspiring West Village-ites out there may now have reason to hold onto the dream. According to DNAinfo, $90K studios and other affordable units will be available at 100 Barrow Street, a co-op being developed on the corner of Barrow and Greenwich Streets in the West Village.

See studios in the West Village >>

The luxury building, designed by Barry Rice Architects and being developed by Toll Brothers, will have seven affordable units on the first two floors of the 12-story building. The affordable units range from ground-floor studios listed for $90K to two-bedrooms on the ground floor and second floor listed for $170K. The upper levels of the building will house 26 market-rate apartments that range in price from $4M to $12M – more than 22% higher than the affordable-rate apartments on the lower levels. 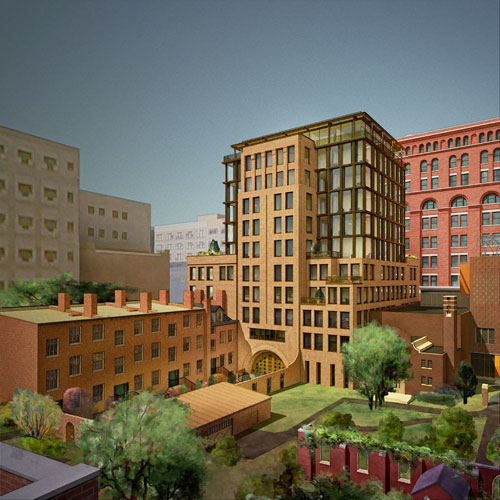 The surrounding grounds and townhouses at 100 Barrow Street

The cost-regulated units are the result of a deal between Toll Brothers and St. Luke in the Fields Church. The deal will secure the preservation of the church and pave the way for the expansion of St. Luke’s School, the co-ed K-8 school associated with the church. In exchange for the deal, Toll Brothers gained a 99-year lease of a parking lot just down the street that the church owns. It’s on this site that Toll Brothers is erecting 100 Barrow Street, which is expected to be completed in May of 2017.

How to Get an Affordable Studio in the West Village

Just how do you land one of these seven affordable units? First, you’ve got to have a certain level of income to qualify. The affordable units will only be available to people making no more than 125 percent of the area median income, or the AMI. The what?

What is the Area Median Income?

Area median income is a term that crops up frequently in affordable housing news and is a number set every year by the federal Department of Housing and Development that indicates the average income of a New York household. At the moment, the current AMI in New York is $60,500 for an individual and $86,300 for a family. If you make under $75,625, you qualify! And if you and your SO make under $107,875, you also qualify!

if you meet the qualifying standards, you really ought to throw your name into the hat. The units will be sold through a lottery managed by the Housing Partnership for Development Corporation, a non-profit whose services and programs aim to assist “the development, promotion and revitalization of affordable homeownership in New York City.”

Whoever lands one of these seven units will really luck out because the apartments are not permanently mandated to be affordable, which means that in 20 years the owner can sell at market rate. Talk about ROI, right? On top of that, the seven selected home buyers will get $12,750 from the New York City Housing Partnership to help with the cost of the down payment as well as $12,250 to help with closing costs. It might not be the New York Jackpot, but it’s pretty damn close.