StreetEasy's Top 10 Most Expensive Sales in 2018

New York City has never been so vertically inclined, thanks to the spate of supertall residential towers that have elevated luxury real estate to a whole new level. That said, 2018’s most expensive home sales show a luxury market flush with inventory that has cooled. Nearly all the sales recorded among the Top 10 this past year closed at a discount from the original list price. Still, it was a sky-high year for sales of the city’s most expensive properties along Central Park South, the West Village and the Upper East Side. 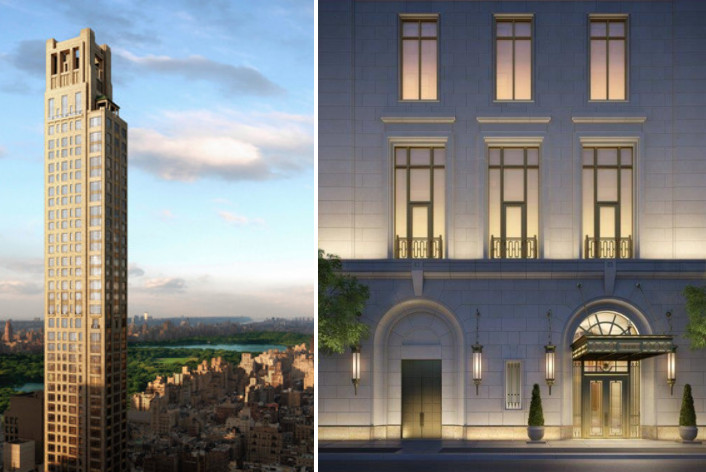 What do you get when you cross Robert A.M. Stern’s architectural vision with the muscle from Zeckendorf Development? You get 520 Park Ave., the 54-story limestone-clad power tower that has redefined not only the East Side horizon, but the NYC record book for most-expensive apartment sales. Coming in at $73.8M, this 6-bedroom, 9,000 square-foot penthouse was purchased by none other than James Dyson, the vacuum cleaner inventor. Talk about cleaning up! 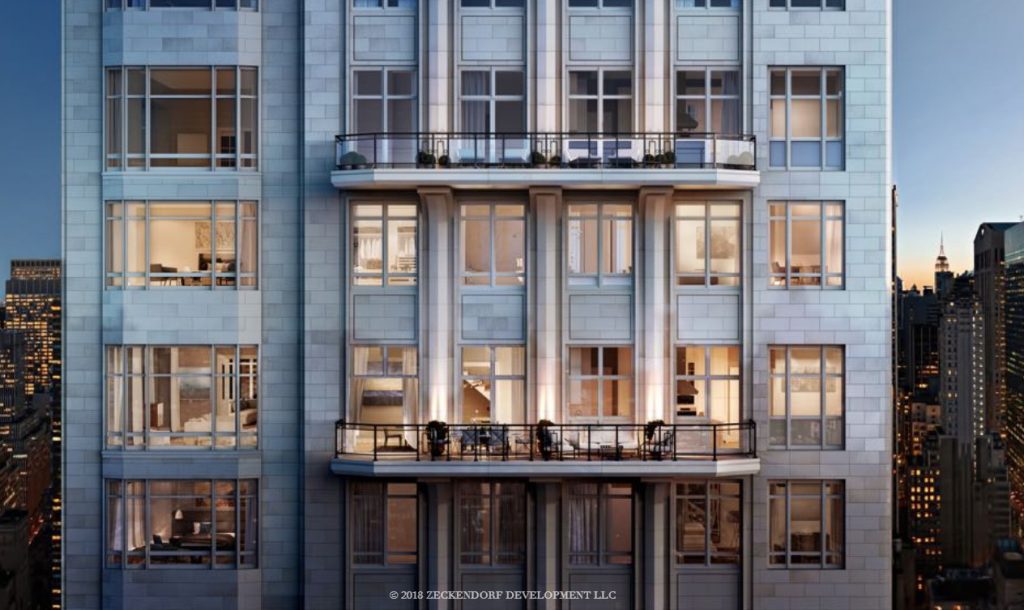 After sales commenced in September for 520 Park, the 800-foot limestone tower started seeing buyers close on some of its 34 residences. The second-highest priced apartment in NYC in 2018 was purchased by investment banker Ken Moelis, who took command of a 9,200-square-foot duplex for $62 million. Just a little chump change for this billionaire. 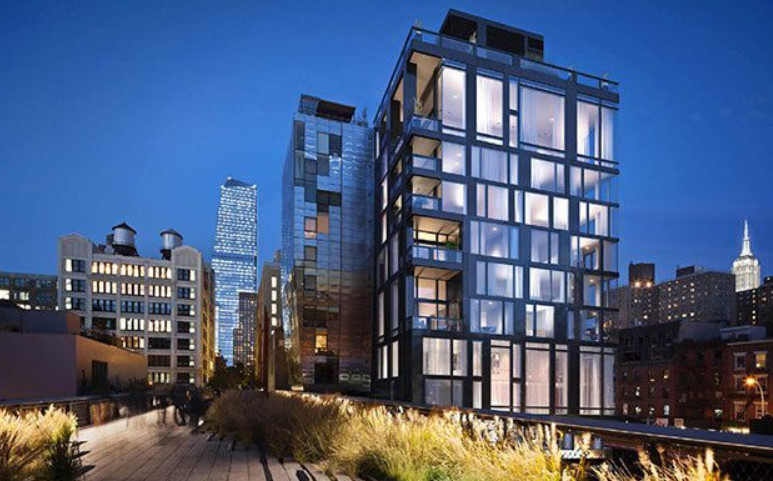 A penthouse duplex at the uber-exclusive Getty in West Chelsea was not big enough for private equity firm founder Robert Smith, so the engineer-turned-financier tacked on another unit located below the duplex, then settled on the deal for $59 million. This luxury building on W. 24th overlooks the High Line was designed by superstar architect Peter Marino. 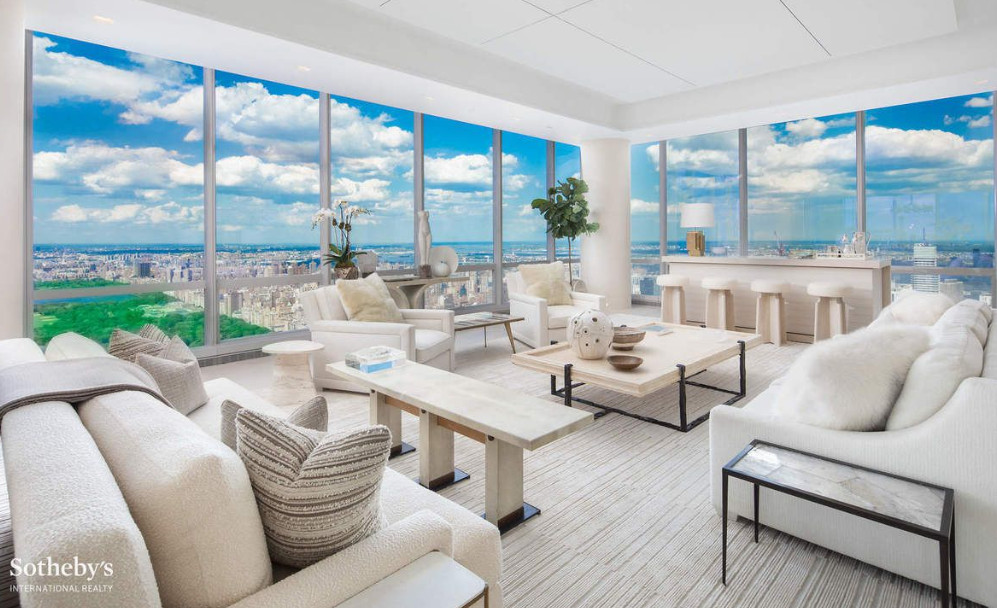 A stunning makeover for this full-floor residence high atop One57 helped seal the deal for this $53.9 million sale. But in a sign of NYC’s slowing luxury market, this 85th-floor penthouse did not fetch close to the original list price of $70 million by Canadian billionaire Lawrence Stroll. So, we guess that makes this modern marvel a bargain? 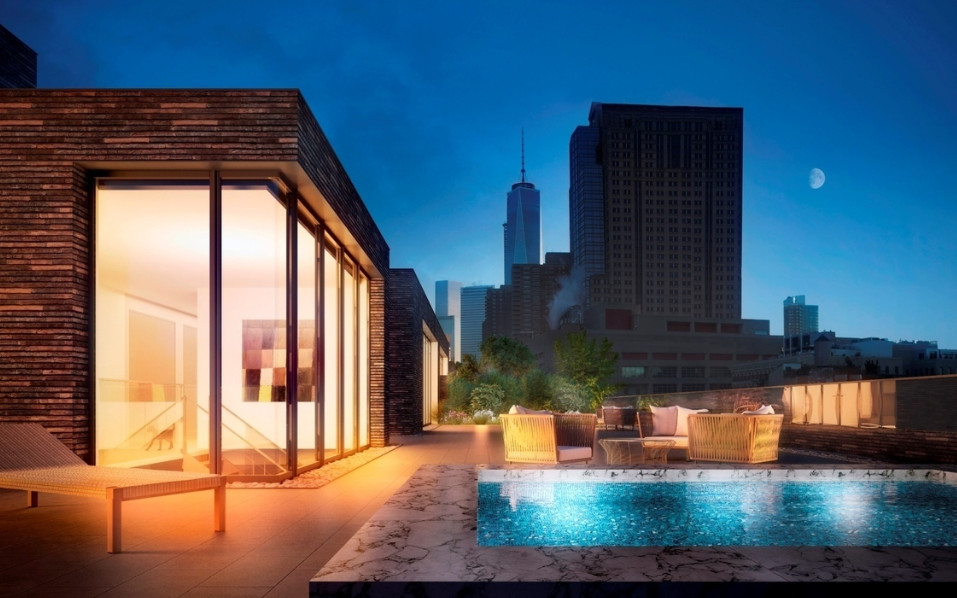 You don’t have to be a Hollywood celebrity to gain entry to New York’s famously “paparazzi-proof” buildings. In this case, Walmart’s head of e-commerce, Marc Lore, was the buyer for this 8,600-square-foot penthouse. He paid $43.7 million, which was well below the $58M list price. He joins Justin Timberlake, Jake Gyllenhaal and Jennifer Lawrence as some of 443’s most notable inhabitants.

His basketball team plays in the City of Brotherly Love, but Philadelphia 76ers team co-owner Michael Rubin scored in the Big Apple. The e-commerce exec shelled out $43.5 million for a stellar penthouse at 160 Leroy St. The 7,750-square-foot residence also boasts a 5,000-sq-ft terrace with a private pool. Swish! 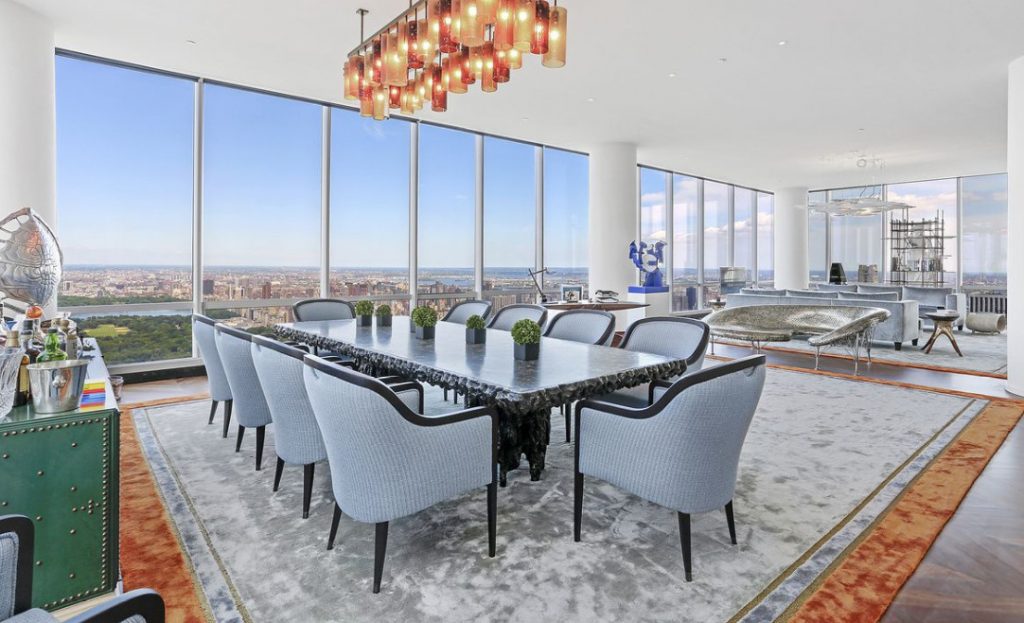 Here’s another apartment deal that helps illustrate the downturn in NYC’s luxury real estate market. This 77th-floor residence closed at $42 million for an undisclosed buyer, which was a loss for the owner who first purchased the 6,240-square-foot unit in 2015 for $47.8 million. Still, that’s a lot of coin. 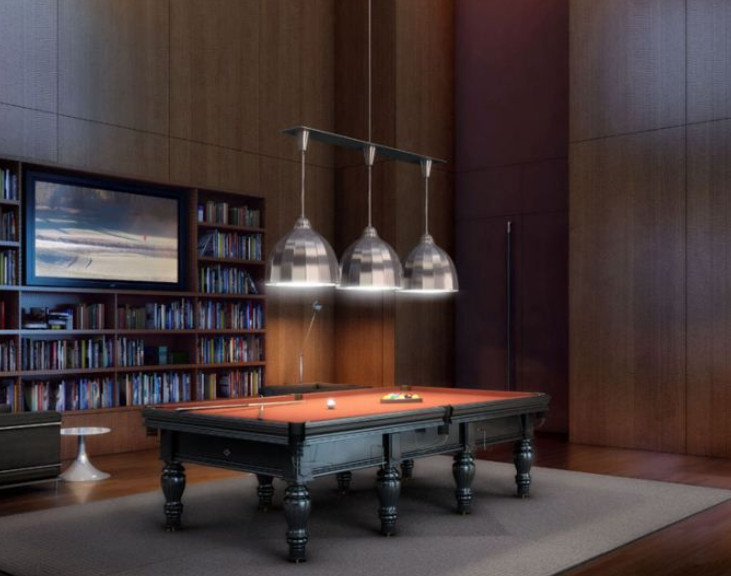 This $42 million penthouse was one of two units on the 77th floor (along with #77A, which sold for $22 million) at 432 Park that went under contract in 2018, sparking rumors that the pair would be combined into a massive floor-through. So far, no word on any combo renovation. 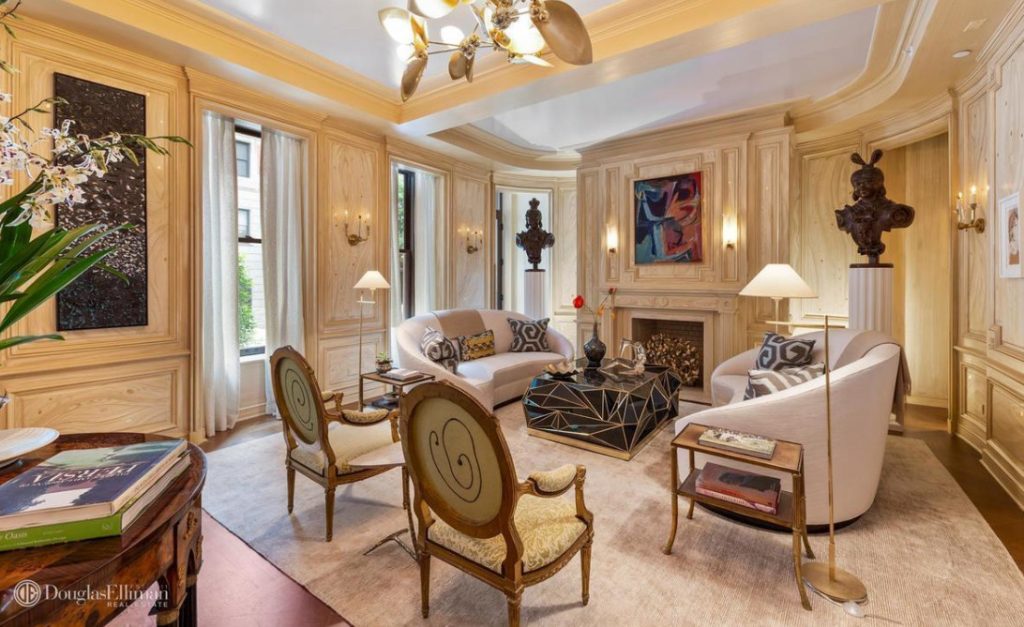 This 15,000-square-foot mansion was transformed into palatial digs by developer Joseph Chetrit, however he failed to nail the $50+ million sale price he sought, settling at $40 million. Whoever bought this beauty must be in 7th-story heaven. 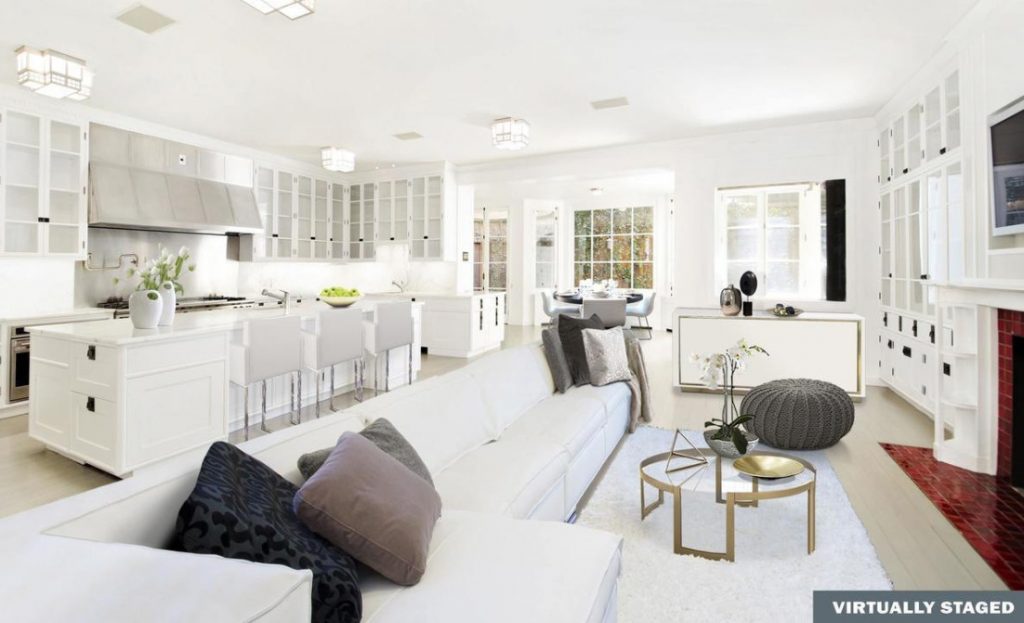 Number 10 on our StreetEasy listings of the highest-priced sales for 2018 features an Upper East Side mansion with a history. Billionaire tech-king Tianqiao Chen was the buyer of this Vanderbilt Mansion, which has been owned by Libet Johnson, the Johnson & Johnson heiress who died in 2017. Chen paid $39 million, far less than $55 million list price and less than what Johnson paid ($48 million) in 2011. 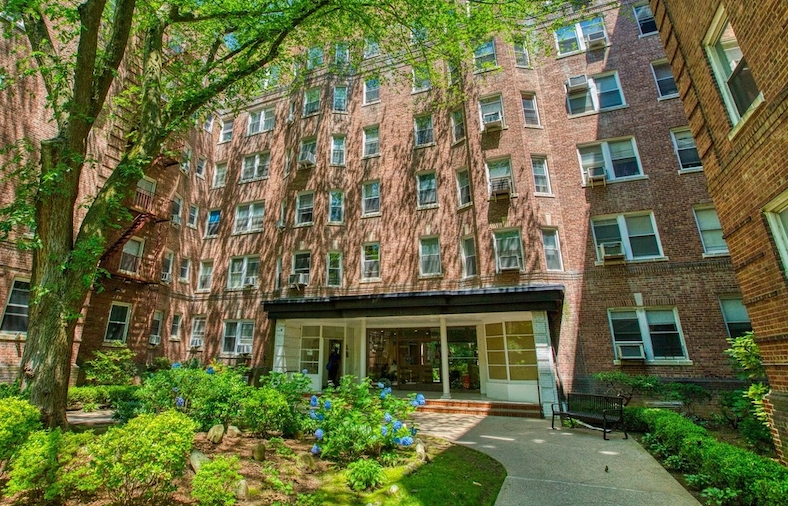 Here's What To Know About Midwood, Brooklyn 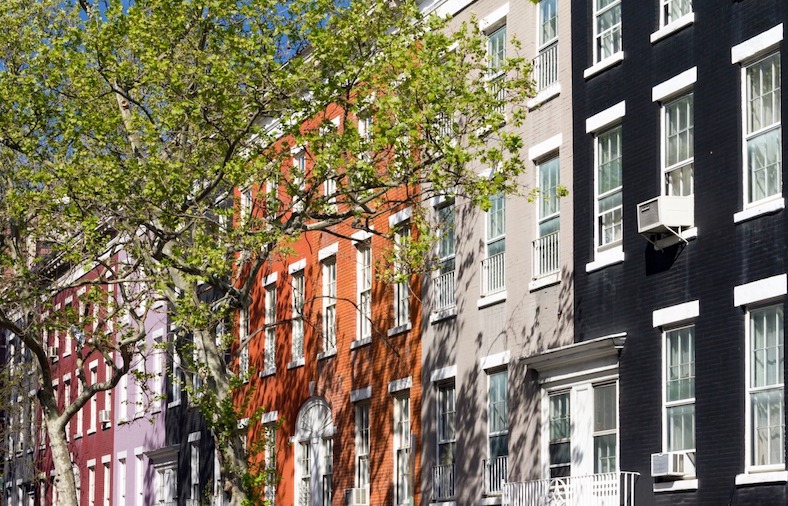 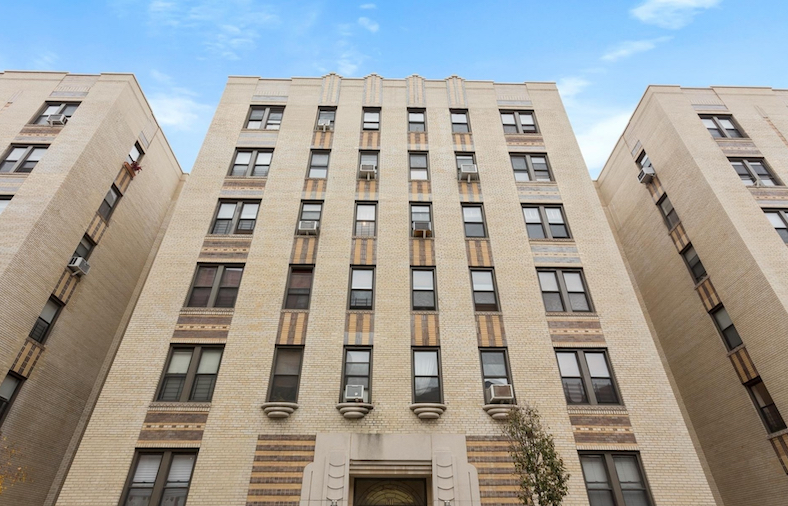