Where Do the Mets Live in NYC?

When New York Mets star pitcher Matt Harvey went missing at Citi Field on May 6, 2017 — the day after Cinco de Mayo partying into the wee hours in Meatpacking District clubs — the story of Harvey’s NYC lifestyle made headlines. Like some of the high-profile pro athletes who loved NYC (Joe Namath, Walt Frazier, Alex Rodriguez, Derek Jeter) who came before him, Harvey has fully embraced the action of living large in Manhattan. 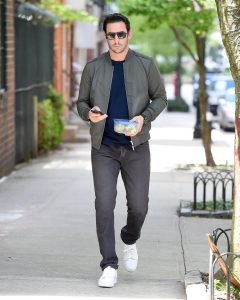 Matt Harvey had to know the tabloids would be waiting for him when he emerged from his Village apartment this week. The New York Daily News captured the suspended pitcher. (Ordonez/O’Neill/Splash News.)

So tabloids like the New York Post and the New York Daily News naturally had reporters staked outside Harvey’s three-bedroom condo rental in the heart of Greenwich Village to catch the first glimpse of the Mets’ ace after he came out of hiding. The Mets had actually sent security over to Harvey’s apartment on Saturday to check on the AWOL pitcher. By Sunday May 7, the Mets’ brass suspended Harvey — known as “The Dark Knight” — for not showing up to the ballpark when he was supposed to. The three-day suspension cost him a start and prompted a big mea culpa from Harvey, who now says he will seek counseling to make sure his “lifestyle” choices don’t get in the way of his job.

Harvey is hardly the only 28-year-old sophisticate who can’t resist the temptations of a good time in the Big Apple. He loves living here so much, he traded his one-bedroom condo in the East Village for a bigger place where he could host his Connecticut-based family and friends. Harvey told the Post that he’s shelling out a lot in rent for his apartment: StreetEasy data shows the median rental price for a 3-bedroom in Greenwich Village is $9,000 a month. But he’s gone all in, even bringing in an interior designer to give the apartment a dark, manly ambiance.

Harvey’s latest NYC take shows how it’s a heady mix when high-paid athletes live in the city that never sleeps. That’s especially true when there’s a slew of TV cameras and reporters in NYC, eager to track down exactly what kind of champagne, tequila, and vodka Harvey indulged in on that fateful May 5 night! (The Post reported that Harvey was depressed over seeing his newest girlfriend, model Adriana Lima, out with her ex, NFL star Julian Edelman, at the Met Gala. Last year, Lima sold her NYC apartment she had shared with her ex-husband, NBA player Marko Jaric.)

Despite this trip to the doghouse — and the alleged blowoff by Lima — it’s doubtful that Harvey will give up his Village bachelor pad, given his professed love for NYC living. However, like a lot of other Mets past and present, resisting NYC’s siren song has meant signing up for rentals in Queens or buying single-family homes in nearby Long Island towns like Port Washington to keep distractions to a minimum.

Citi Field is in Queens, which means just like the New York Yankees, who play at Yankee Stadium in the Bronx, the New York Mets players, front office and coaching staff have to find that elusive balance: Where to live that’s affordable, or fun, and yet protects you from the perils of heinously bad Big Apple traffic.

A funny story in the Wall Street Journal circulated in 2015 about a NYC apartment that had been in heavy rotation by Mets players. The headline about said it all: “One Upper East Side Apartment, Many Mets Passing Through: Rental Pad Embodies Transient Lifestyle of Baseball’s Fringe Players”

Ike Davis and Josh Satin began the season sharing first-base duties for the Mets. They also shared an apartment rental on Manhattan’s Upper East Side. But on April 18, the Mets traded Davis to the Pittsburgh Pirates. Less than a month later, they demoted Satin to the team’s Triple-A affiliate in Las Vegas.

The apartment, however, is still on the team: Three other Mets have lived in it since Davis and Satin moved out.

“Someone has to pay that rent,” Satin said.

This season, Mets pitchers Noah Syndergaard and Robert Gsellman have doubled up in a 2-bedroom apartment overlooking the East River in lower Manhattan. It looks as if Gsellman is taking over the bedroom once inhabited by Michael Conforto, who was Syndergaard’s roommate last season. Obviously, Syndergaard is a fan of NYC: His Instagram feed featured Lady Liberty just days before the Mets’ opened the season.

Even for Major League players, especially rookies making the league minimum or players who aren’t sure they will stick for the season, NYC housing makes them careful not to sign big leases without a lot of thought.

At the start of the 2016 season, pitcher Dillon Gee waited until the end of spring training to look for a NYC apartment, beating out teammate John Mayberry Jr. for an apartment they both wanted to rent just before April. Gee was sent down later in the season anyway, leaving him with hefty lease problem.

If it’s not the cost, it’s the logistics of NYC that can sabotage ball players. Matt Harvey was notoriously late to practice during the National League Championship Series against the Cubs last season. His problem? Traffic from NYC out to Citi Field was horrendous.

Jose Reyes, the Mets infielder, is back with the team after stints in Miami and Toronto. Not that the Dominican native ever really left New York. After purchasing and selling a home in Manhasset, Reyes bought a $4.2 million mansion in Old Brookville, which is about 15 miles from Citi Field. He bought the 7,669-square-foot mansion in 2014, when the listing agent said the state-of-the-art indoor gym hooked him. 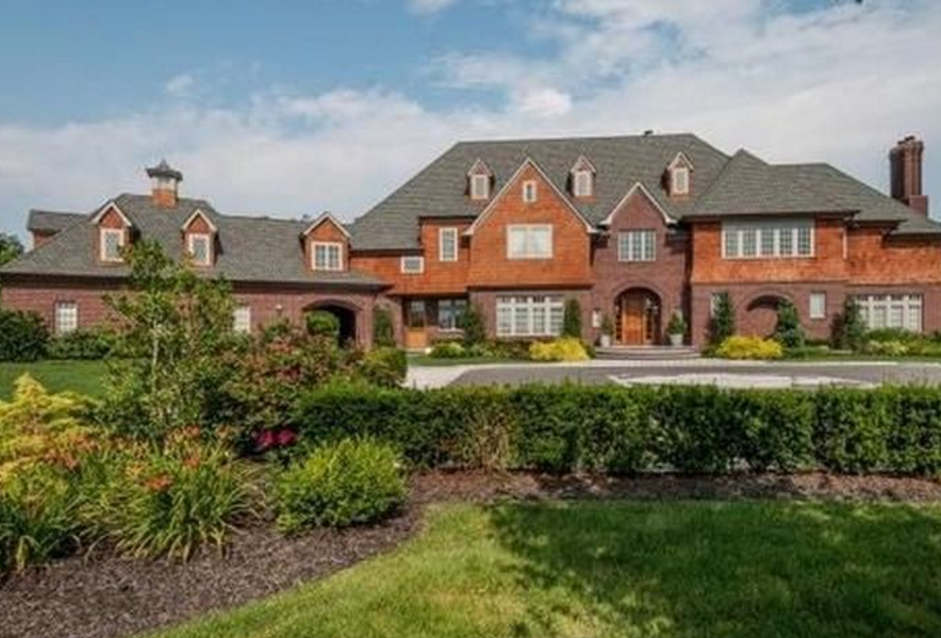 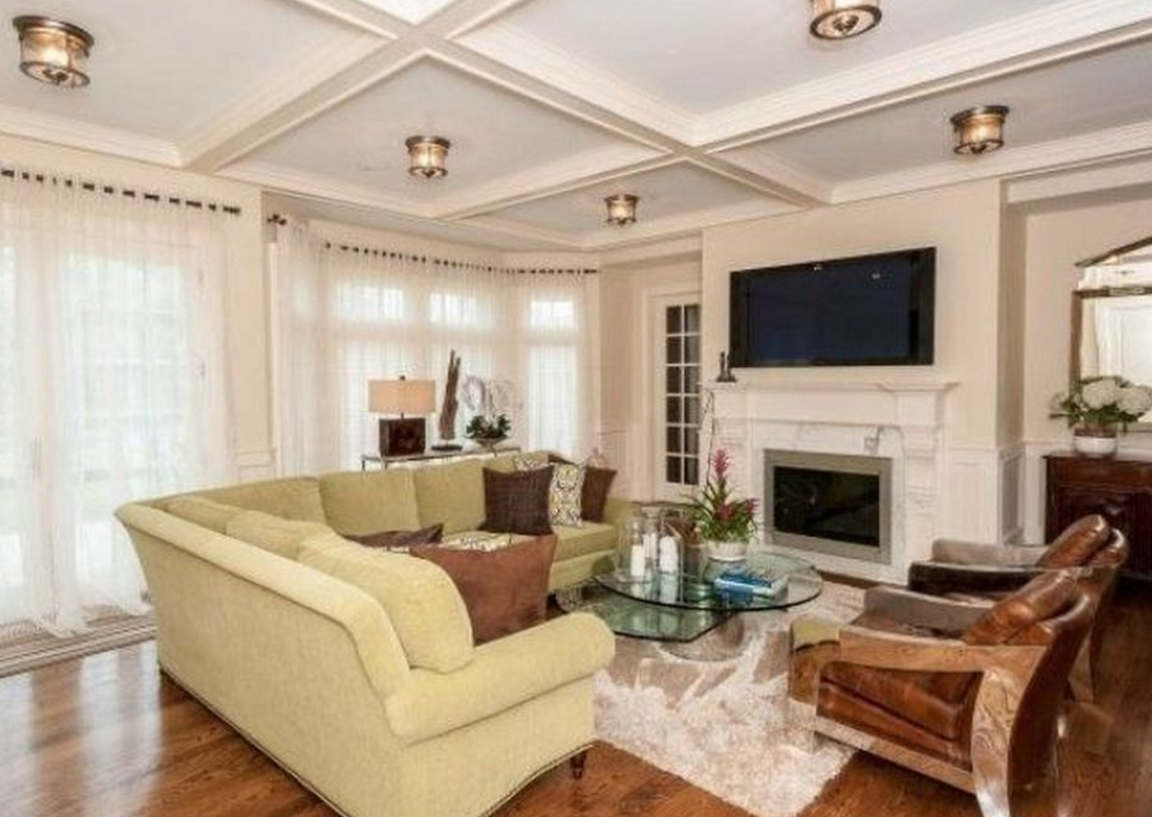 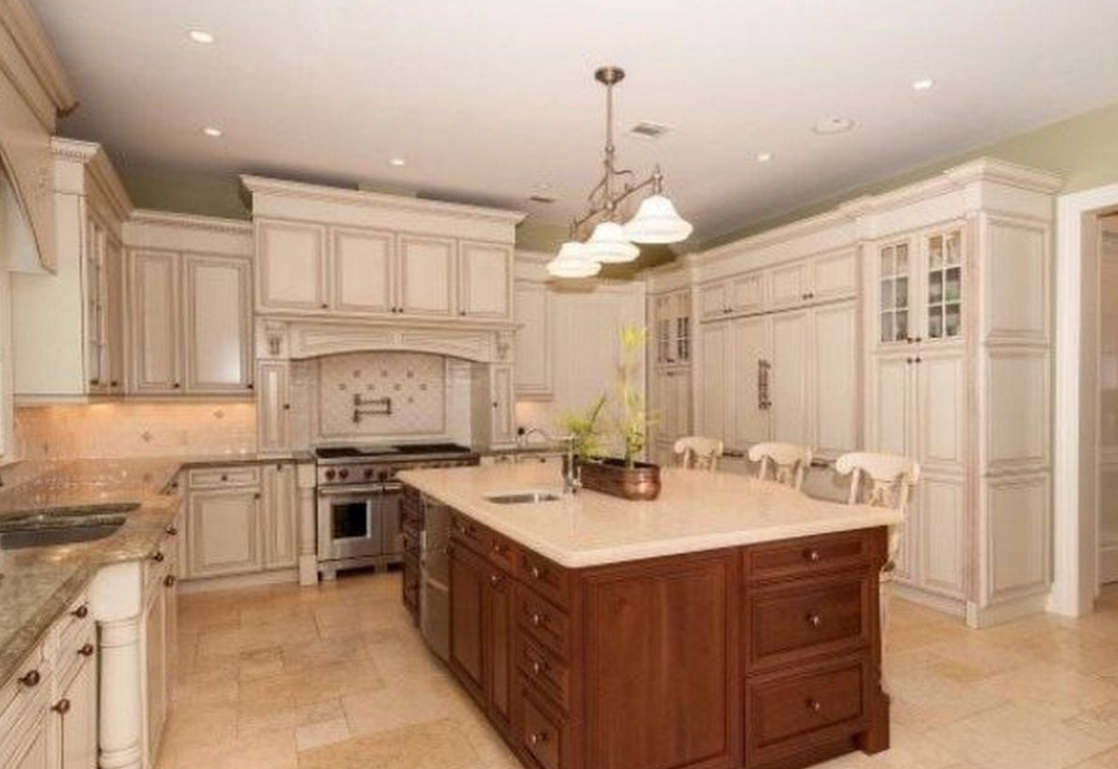 The Mets’ slugger, Yoenis Cespedes, also traded Manhattan for a rental home in Long Island, according to the Post. But for Cespedes, New York real estate is not a big issue. The Cuba native calls home an 88-acre ranch near Vero Beach, FL. He also owns land in Arkansas and two other properties in Florida, including 4,000 acres he bought near Port St. Lucie, where the Mets train in the spring. Cespedes wrote in The Players Tribune that one of the reasons he signed again with the Mets is because he can live on his ranch during spring training, instead of renting in Arizona or other parts of Florida. Check out the cool photo gallery of Cespedes on his ranch.

The Benefits of Long Island City

For some Mets, that’s a problem they’ve taken off the table by making their baseball season homes in Long Island City. Manager Terry Collins and a slew of players, including David Wright and former Mets’ Jon Niese and Daniel Murphy among others, have all rented apartments in the Avalon Riverview, a 32-story building in Hunters Point, a quick drive or subway ride to Citi Field.

The rents at Avalon Riverview range from $2,400 up to more than $7,800 for studios, 1,2 and 3-bedroom units, all with access to a state-of-the-art fitness center, concierge service and a 10-minute train ride into Grand Central Station or a 40-minute ride on the 7 to Citi Field. This is a pretty smart way to avoid the Manhattan commute during each home stand.

And the Mets’ players and personnel are taking advantage of a surging residential real estate development market in Long Island City, where dozens of mid-rise and high-rise buildings are bringing upwards of 25,000 new residential units to Queens.

But plenty of other New York Mets (just like the New York Yankees players) live in Manhattan or other NY metro areas, and have long been a source of fascination in the tabloids.

Former Mets star catcher Mike Piazza had a fabulous penthouse apartment at 161 Hudson Street, which he sold to actor Jeremy Piven in 2009. 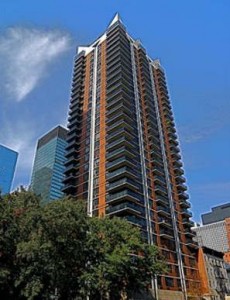 Mets owner Fred Wilpon is the head of Sterling Securities and a big real estate developer of office buildings and some residential buildings in Manhattan. Over the years, many New York Mets players and personnel have lived at Sterling Plaza, a residential building developed at 255 East 49th Street in Turtle Bay by Wilpon’s company in 1986.

Mets General Manager Sandy Alderson owned a combined unit at Sterling Plaza for years, though he and his wife have since moved into a $4.2 million penthouse in the swanky, new Georgica at 305 East 85th Street in Yorkville.

Stars from the 1986 Mets like pitcher Ron Darling and first baseman Keith Hernandez — both broadcasters for the club now — have been big-city players for years. Darling moved recently from Williamsburg to the Upper East Side, while Hernandez now lives out in Sag Harbor, though he is no stranger to the restaurants, neighborhoods and nightlife of NYC.

If I Can Make It There… 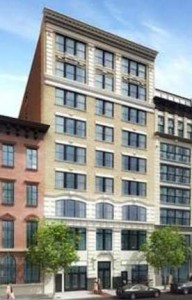 New York has always been conducive to boosting big-name ballplayers’ celebrity status while also affording them some level of comfort about being able to go out and not get hassled. It’s part of the reason athletes love being in NYC: It lets you know you’ve made it — big.

From Babe Ruth to Alex Rodriguez of the Yankees to Darryl Strawberry to David Wright of the Mets, a lot has been made about where these star players live. Wright enjoyed his bachelor days at a fabulous 4,100-square-foot penthouse at the Infinity Flats building in the Flatiron district. 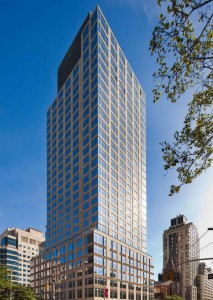 The same is true for players like Carlos Beltran and Curtis Granderson (who likes his digs at The Laurel, where rents average around $5,900 a month), both of whom have played for both the Yankees and Mets.

Beltran, who notoriously struck out to end the New York Mets’ last chance at winning a World Series, now plays for the Yankees. For a while, the slugger lived in the Sands Point section Port Washington on the “Gold Coast” of Long Island.

Many Mets used to live in Port, but maybe not the high style that Beltran did — before he sold his estate for $4.8 million in 2014.

Beltran now lives at 300 East 79th Street in an apartment he paid $9.95 million for last year.