Forget the fact that the mighty 520 Park Avenue condo tower that’s about to redefine luxury living east of Central Park will not be completed until 2018. The East Side’s answer to 15 Central Park West made another incremental splash this week when Zeckendorf Development hoisted four units on to the open market.

And surprise! The now-for-sale units don’t include the much ballyhooed $130 million triplex penthouse that set the NYC real estate world atwitter last fall when pricing was released for all 31 units — errr, homes. The 54-story limestone gem is from architect Robert A.M. Stern, and is being represented by Louis Buckworth of Brown Harris Stevens.

The 520 Park Avenue units now listed for sale are: 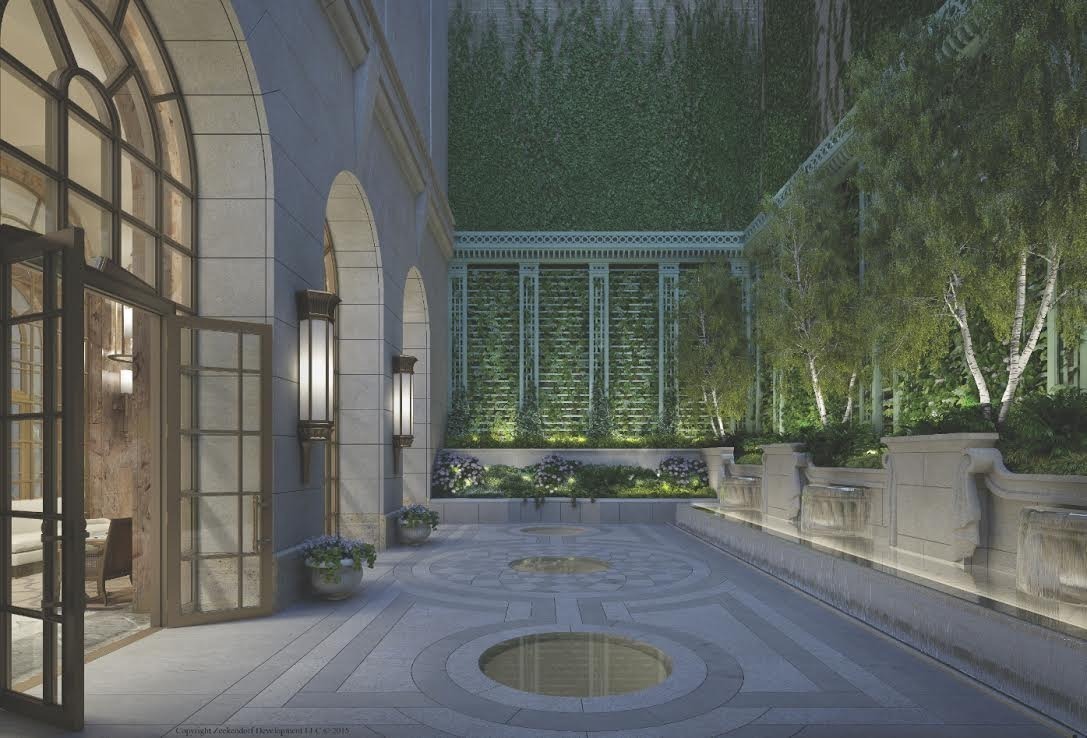 Billed as a mansion in the sky, the unit opens into a double-height elliptical gallery centered by an “architecturally striking staircase.” This is one of seven duplex units in the building, all slated to come on the market north of $67 million.

One of the “Upper Simplex” units in the building, No. 33 is one of the higher floor homes that offers expansive views of the city and Central Park. This unit is one of 23 of the units that will measure around 4,000 square feet.

The Upper Simplex is an extraordinary single-floor residence with expansive city and Central Park views.

Another full-floor “Simplex” sporting 11-foot ceilings, large entertaining spaces and city views. This unit will carry the lowest price tag of any unit in the building, said Alan J. Segan of Rubenstein Public Relations, who is handling publicity for 520 Park Avenue.

For those of you keeping score at home, these four units represent roughly $146,000,000 in sales for 520 Park Avenue, which is slated to yield $1.2 billion in sales — an extraordinary and unprecedented figure considering there are a mere 31 units in the building.